Food scenes in films have always existed to remind the audience that even though the people onscreen are much hotter, richer and more talented than the viewing audience, they still need a decent meal like ordinary folk from time to time.

This month I list my all time favourite food scenes while binge eating a bag of own brand peanuts. Please enjoy.

Lady and the Tramp spaghetti scene:

Until I was 4 years old I didn’t really believe in love, I thought it was a dystopian ideal circulated by a corrupt government to get people to pay more taxes, but then I watched 2 dogs kiss by accident while eating Italian food and I knew love was real. I still think Lady could do better, though. 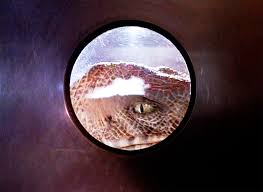 This scene still makes me anxious. We learn that raptors can open doors and it still frightens me as much as when my toddler managed it for the first time and caught me plucking my ‘tash.

What We Do in the Shadows:

Regardless of a hilarious late-night chippie takeaway scene, seek this film out for its sheer hilarity. A bunch of vampires film a mockumentary about the perils of modern life, one of which is not having chips after a mental night out. I definitely could not be a vampire, you couldn’t even have garlic sauce on them. 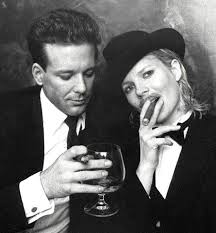 This entire film marked my transition to womanhood and gave me a lifelong interest in top of the range fridge-freezers. Bet theirs was A+ for energy conservation. Not sure about a blindfolded buffet though, I’d prefer toast and Netflix if I’m honest.

Matt Damon becomes a farmer on Mars. Stay with me, he does science stuff too and is funny with some actual jokes, but mainly he’s a space farmer. How many crops have YOU grown on Earth? EXACTLY. Impressive stuff if you like extreme farming. Which I do.

Do yourselves a favour and rewatch The Banana Boat Song scene on Youtube. I’m assuming you know what I mean, and if you don’t then I’m afraid we probably can’t be penpals any more. I once showed this to my daughter and she had nightmares about hands coming out of soup for months. She just really doesn’t like soup.