Creative Beeston: We are the creative champions!

Written by jadekmoore on December 13, 2018. Posted in Creative Beeston, Current Issue, The Beestonian.

As we round off another year celebrating all that is creative in our vibrant little town, it seemed like the ideal opportunity to rejoice in the creative diversity we have in Beeston. 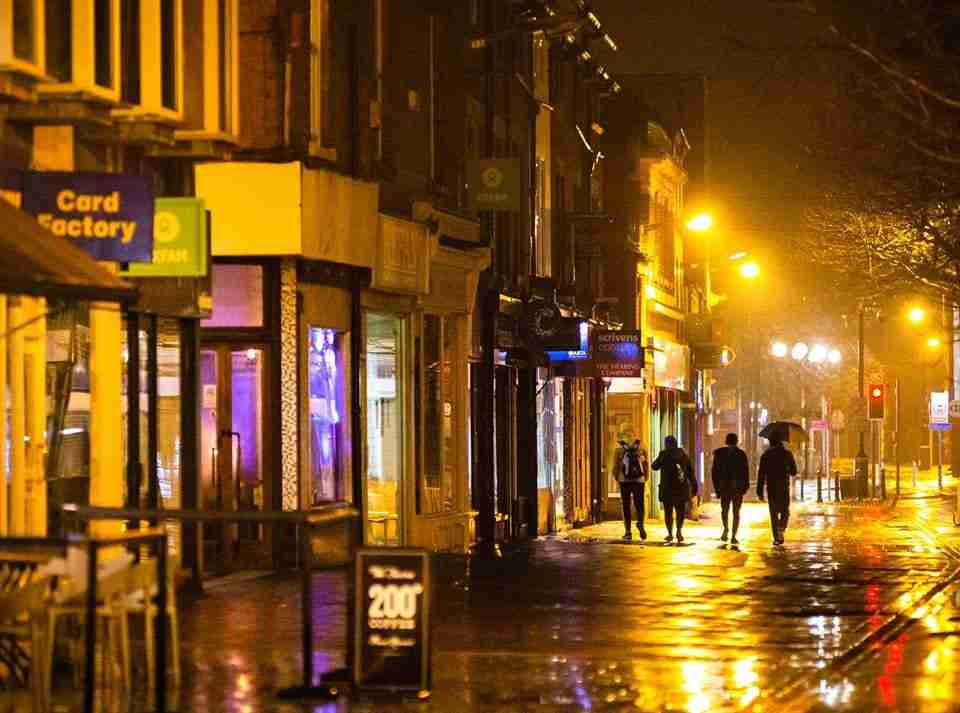 As well as the wealth of independent shopping prospects up and down the High Road, we have artists and makers in in every corner of our suburban streets. One local creative, who has been joining me in honouring Beeston’s originality is local photographer Lamar Francois, whose image of the metal sculpture by Hilary Cartmel in Broadgate park is immortalised in his 2019 calendar. 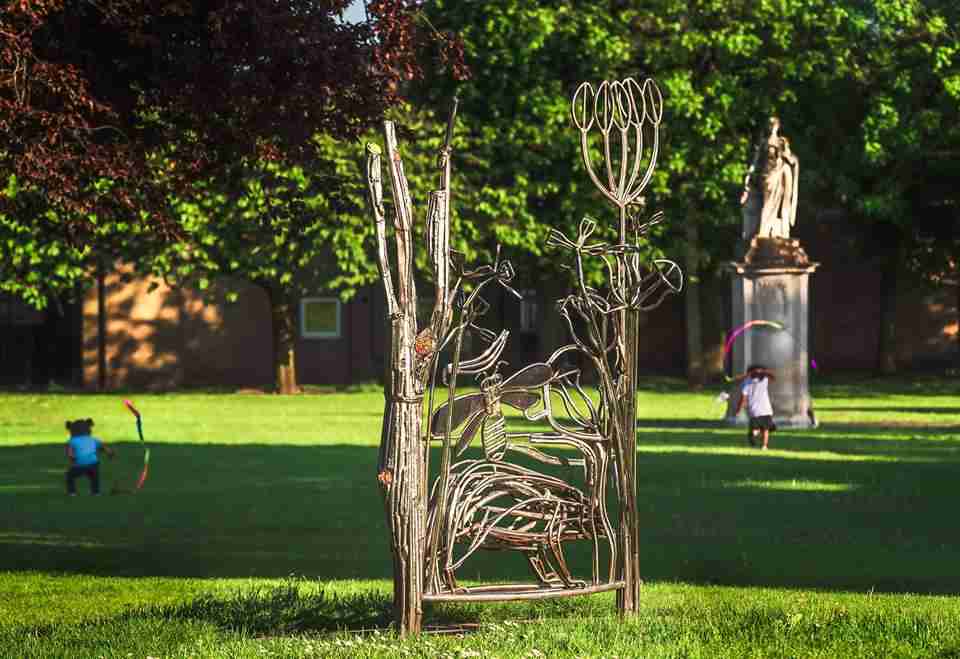 I met with Lamar on a dazzling autumn day, which is pretty much how I remember the first photographs that I ever saw of his. I bought the 2017 urban landscapes calendar as an attractive reminder that the concrete and neon of our city, form beautiful backdrops to the monotonous moments of our daily lives. The craft behind a product like this is why I buy handmade and indeed why we should. So far removed from the over-produced flimsy printed pages in supermarkets and chain stores, this quality finished calendar represents hours of careful consideration from start to finish.

Nestled neatly between a beautifully illuminated Market Square and Nottingham Castle bathed in summer sunshine, the calendar contains two Beeston related photographs but the Broadgate one is my favourite. The intricate metalwork design of the organic sculpture stands out against shade under boughs and small children play in the background, their ribbons echoing the curves within the sculptures frame. The other image gives a wider view of our local treasures, the River Trent taken from Beeston Rylands playing fields, and is equally dramatic in its own right. Lamar tells me the process of choosing the right photographs is a tough one. They have to be relatable, as well as awe inspiring, and of locations that people instantly recognise whilst avoiding clichés.

He hid safely behind the social media curtain, which did get his work out there, but it also had a tendency to be lost in a sea of images. 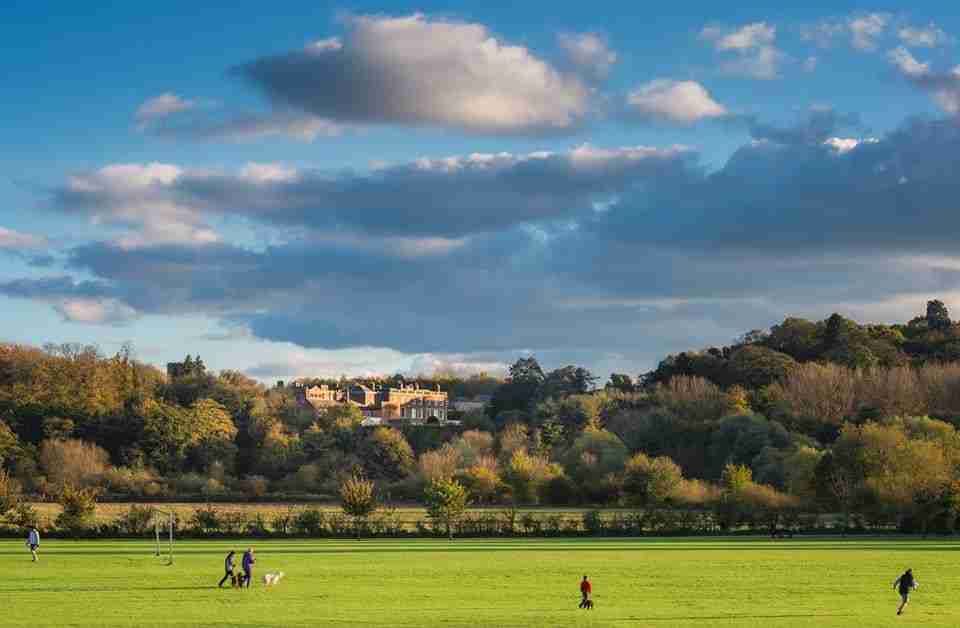 Lamar’s passion for photography happened around the same time that he was living in Beeston, as a student at Nottingham University, where he now works part-time helping to manage a seed library that serves the plant science community. He originally used his phone to photograph his subjects but was curious about cameras and how these could extend his skills. He helped to run a photography society at university which gave him the opportunity he needed. After buying his own camera, Lamar secured some Prince’s Trust finding which helped him to pay for extra equipment as well as giving him access to a business mentor, which he says has been the most valuable resource of all.

As is the case with many creatives, the promotional side doesn’t always come as easy as creating a product, and this is something Lamar found especially difficult. Having Asperger’s means that he wasn’t confident socially, and this really hampered the necessity to push himself out into the spotlight. He hid safely behind the social media curtain, which did get his work out there, but it also had a tendency to be lost in a sea of images. His business mentor has helped to boost Lamar’s confidence and encouraged him to market his images by printing off and framing a series of limited edition prints for exhibiting. A decade on he is experiencing success. 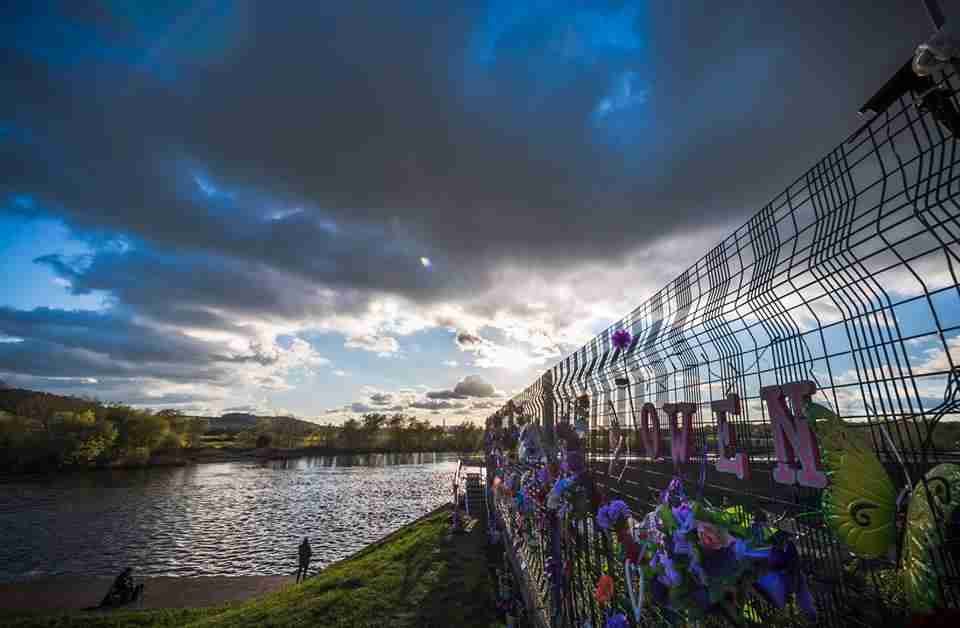 I asked Lamar how this made him feel and he spoke animatedly of the joy when someone shows their appreciation of your work by being willing to pay for it. Their admiration has encouraged and bolstered him to experiment more. He also feels that through networking he has met many supportive people who have offered advice and lead to collaborations, the most exciting of these being the pictorial representation of the City of Literature bid, especially as he was chosen out of many other talented photographers – I could feel his pride swell as he told me this.

And so this is why we should shop at our independents this festive period. Not only are you likely to find more unique and quirky presents and be putting money back into the local economy, you are supporting our entrepreneurs and their families, helping to build communities and making an actual individual do a ‘happy dance!’

You can acquire a copy of the calendar at some of our indie shops, who also champion a number of our local creatives. It is currently stocked at Artworks on the corner of Chilwell High Road/Imperial Road  Perfectly Formed at Chilwell’s Creative Corner and Two Little Magpies at the Broadgate end of the High Road.

Or via Lamar’s website www.picturedbylamar.co.uk where you can also view more of his spectacular photography.