Lianne’s Life in Beeston: Korean poet writes about her time in England

Towards the end of the year, and during the festive season, we often think about the people close to us.

We meet family members that we don’t see very often, and think about people we miss. Earlier this year, I met two Beeston residents who have re-connected with a Korean friend (and poet) in a delightful, but unexpected, way.

On 31 July 2002, Lianne arrived in Nottingham with her son, her sister, and niece, but moved to Beeston just under a year later, in July 2003. Her prolonged stay in England was for the benefit of her son, Harry-Kim, and niece Nicky, as the sisters wanted them to study, get their education here and experience the English culture. 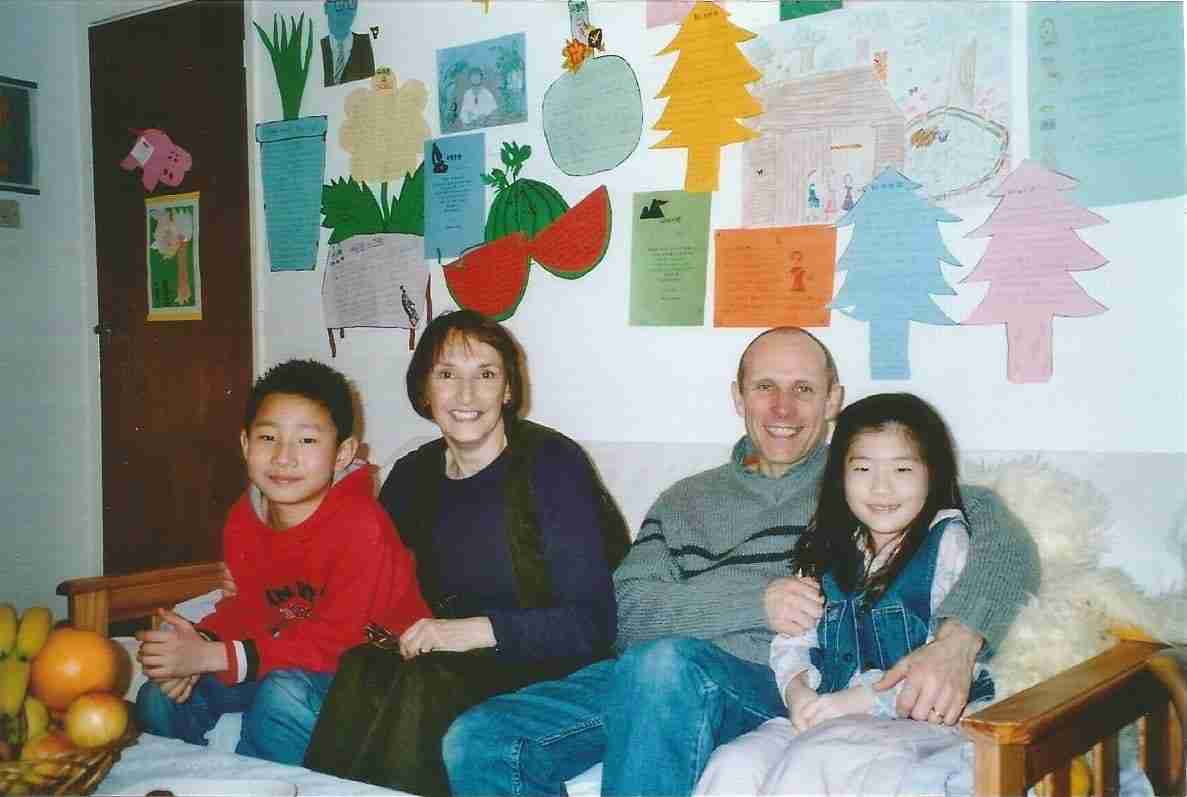 They moved to Highgrove Avenue in Beeston, and soon connected with their neighbours Sue and Malcolm Turner. “We take people into our hearts when we see them,” says Sue. “We treated them like family.”

“We got to know them very quickly,” adds Malcolm. “They were out on a limb and if there were any problems we would help them.”

A close friendship quickly formed between the two families, so much so that the sisters weren’t shy about knocking on Sue and Malcolm’s door to come over for a cup of tea, or watch a football match, as they were always welcome and didn’t need an invitation. “It can be very difficult coming to a new country and in some other areas it might have been different for them, but not here,” says Malcolm.

“…she wants to share her experiences with the people of Nottingham.”

The family stayed in Beeston until July 2005, but during their time here they went out on lots of day trips, both locally and places further afield like London. Sue and Malcolm would often take them out on day trips, including visiting their son’s narrowboat. When they left, it was because Lianne’s son Harry was about to start senior school.

“In their house everything the children did at school went on the wall, the whole visit was about giving them the best education possible, and because they are only allowed one child everything goes into doing the best for that one child,” says Malcolm. 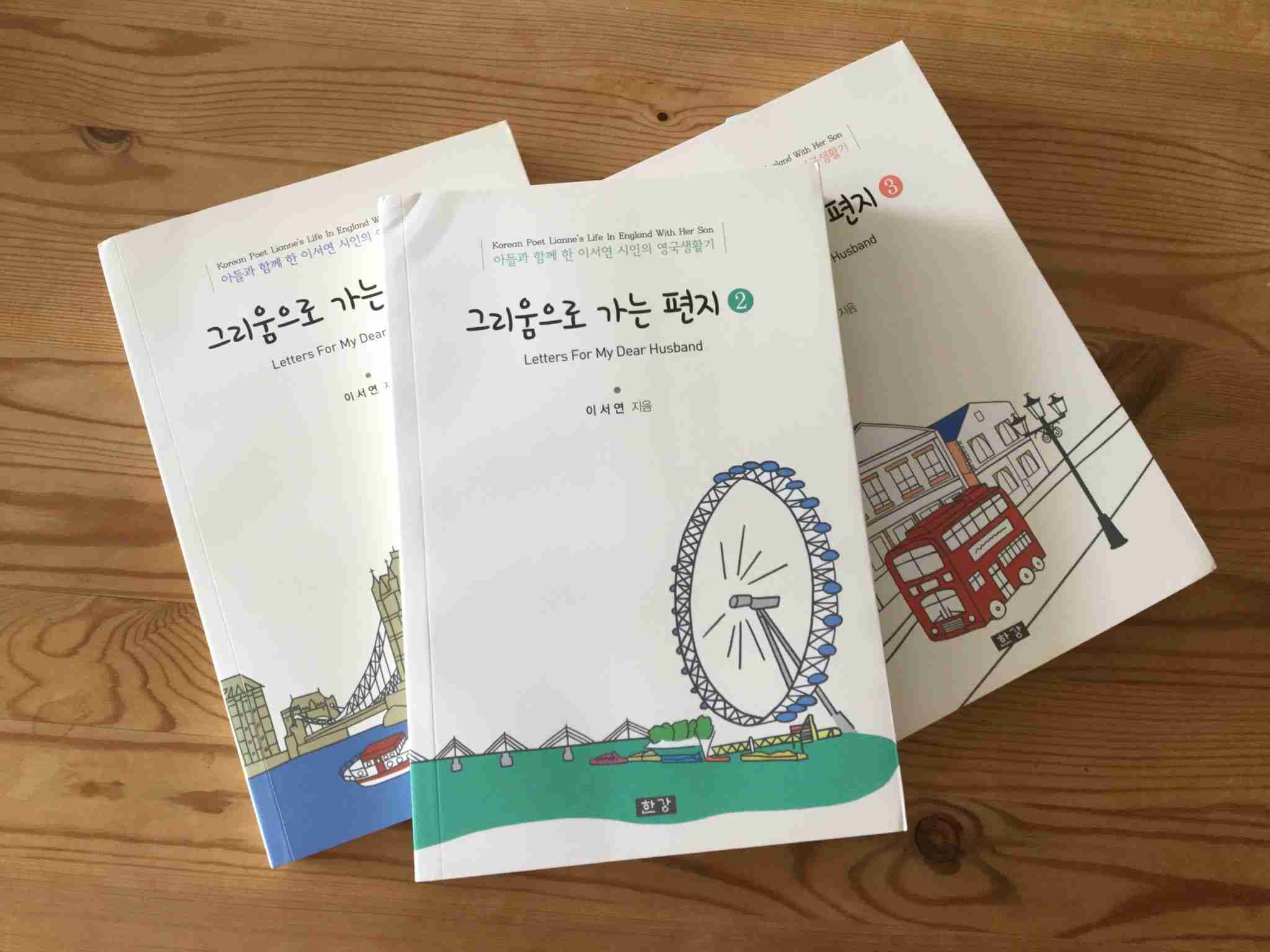 Earlier this year, 13 years since they last saw Lianne, they received a letter from her, sent with a set of three books. The books are a series under the title: Korean Poet Lianne’s Life In England With Her Son. The books are written in Korean, and are based on the letters that Lianne sent to her husband while she was in England. Sue and Malcolm were overwhelmed to hear from her, and they had no idea she’d had the books published. In her letter to them, Lianne highlights the page in which she mentions them. When I met with the couple, we had a look, and found fragments of English words, including their names. “It’s a start!” says Malcolm. “We’d like to get this section translated.”

In her letter, Lianne asks them to donate the books to Beeston Library, as she wants to share her experiences with the people of Nottingham. In the back of the books, there are English notes thanking the ‘English friends’ she connected with, including other Beestonians who she has also sent copies of her books to.

After meeting Sue and Malcolm, they got in contact with Lianne to tell her about this article, and get her permission for it to be published, and she wrote the following to be included:

“This book is a love letter for people who have sent their family to England and have missed them. England is a place that gave our family the wisdom of life when we were in need of a change; a place where memories were made with friends despite the language barrier. I have written a story of our young children who have experienced English culture, and have brought a story of learning love in their pleasant and simple life, into these letters. It is an England life story that makes us feel attached despite the distance between us. I hope this story about us can bring a smile on every separated-family face. I dedicate this book to all of the friends in England and to everyone who knows me.”

This story is just one of many that will have been formed between people moving in and out of Beeston over the years, and how people from completely different cultures can become like family to one another over the space of only a few years. The friendship they shared will last for the rest of their lives, and the copies of the books in Beeston Library will be a legacy to the time Lianne spent here, and will provide comfort and solace to our current and thriving Korean community.