Frames and Spokes and Chains

Written on February 19, 2019. Posted in Current Issue, The Beestonian. 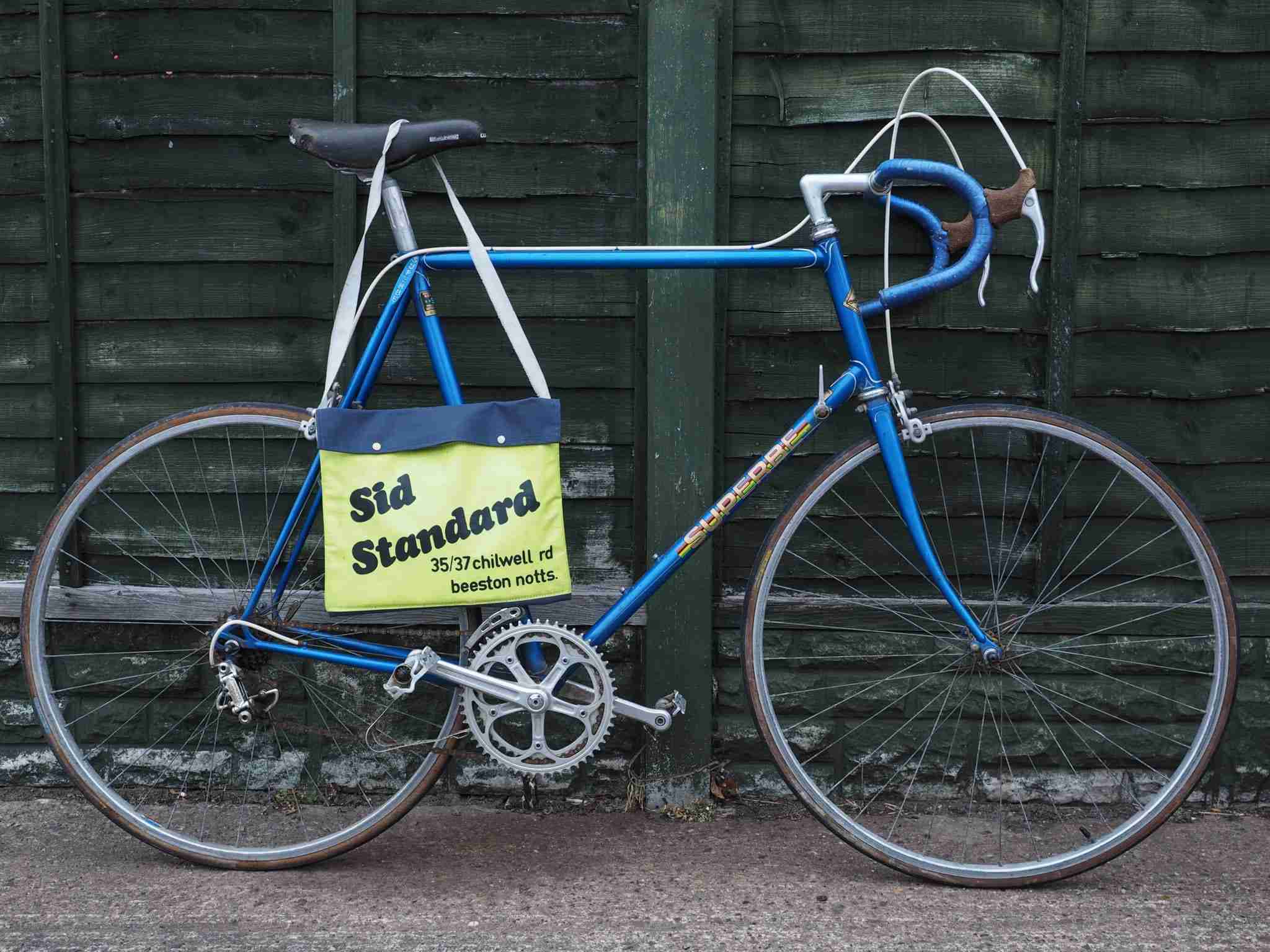 A famous Nottingham company that most people will know is Raleigh, who evolved and popularised the bicycle. Frank Bowden founded Raleigh in 1888, after acquiring a small cycle making workshop in Raleigh Street.  By 1896 Raleigh was the largest cycle manufacturer in the world with bikes produced at their much missed factory in Lenton, made famous of course through the Sillitoe novel ‘Saturday Night, Sunday Morning’. Frank’s son Harold took over the business in 1921 and for a time lived at the manor house at Beeston Fields, now the golf club. Sadly the company folded in the late 1980s, and the site cleared for Nottingham University’s Jubilee Campus.

Beeston of course had it’s own bicycle factory, the Humber Works, formed by Thomas Humber in 1878.  They also branched out into making motorbikes and cars. In 1932 Humber sold their cycle patents to Raleigh, with Humber Cars ceasing trading in 1967.

Like a lot of people then, we were quite poor, so I used to make up bikes from old parts.

Unlike cars, bicycles don’t seem to attract the same level of fascination. Maybe people view bikes as just being two wheels and a saddle. Fortunately there’s one man in Beeston that’s doing his best to preserve the history of the humble pushbike. I first met Paul Page last January, when he appeared as an ‘I Am Beeston’ subject. During our chat, I discovered his passion for bicycles and preserving their history. Paul recently invited me to his house to see his collection of bikes and memorabilia. Arriving, I noticed an old, rusty bike propped up by a garden shed. “This is a 1904 Sunbeam safety cycle,” enthused Paul. “Introduced to replace penny-farthings. Hence ‘safety cycle’”.  Inside his large workshop, were many bike frames hanging up, waiting to be assessed. He has around 14 musette bags. These are small logoed bags that riders use to carry tools and food. Of course there’s one with Sid Standard’s name on it. I had to ask him if he had met Beeston’s cycling legend. “Sadly not. I think he died before we came to live in Beeston. But I do have one of his bikes, a 1984 Superbe 541 that was built by Peter Riches”.

Rows of bikes, many ridden by famous cyclists, boxes full of memorabilia, and of course the obligatory Christmas tree fight for space in the spacious loft. Paul directs me to what looks like an old army bike. “This is a prototype Raleigh military bike from 1943. 50 were made, but only 6 survive. I think this is the only unrestored one. It was so over engineered, that it wasn’t taken up”. Paul then shines a light into a corner, where an old trike sits. “This was raced by David Duffield in 1962, when he went from Lands End to John O’Groats”. I ask Paul what made him interested in cycling. “I used to cycle as a kid. Like a lot of people then, we were quite poor, so I used to make up bikes from old parts. My dad rode a Hetchins bike. Would love to have one of them in the collection. I’d also like something from Beeston’s Cycling Club, and a Raleigh jersey. Talking of Raleigh, I’m really keen to own something from their Specialist Products Division. With so many local people working for Raleigh, someone must have something lurking in their garage”. 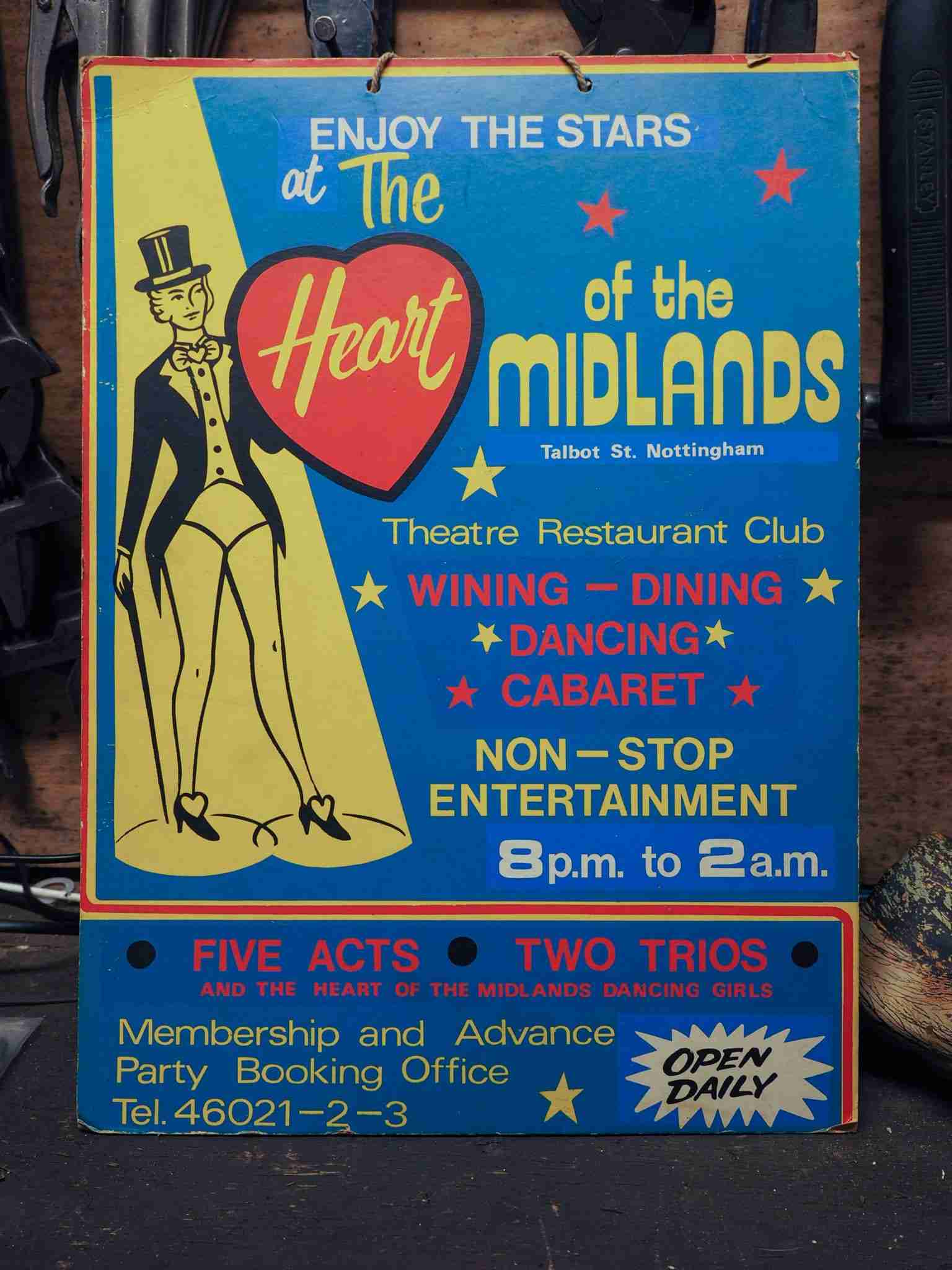 I was curious to know how Paul increases his collection. “It tends to be word of mouth. I also run an advert in Cycling Weekly. These bikes were designed to be used, and I try to make them road worthy. My wife Penny is a keen cyclist. We’ve ridden all over Europe. Sadly our children don’t share our enthusiasm, and will probably chuck the lot away when we go”. Back in Paul’s ‘man cave’, he shows me an old advertising sign for the Heart of the Midlands, now Rock City. “Something else I’ve saved from landfill”.

Paul obtained an ordinary looking gents Raleigh Popular bike in November, but it has a mystery attached to it. Purchased in Cardiff by David Thomas on 13th July 1935. Around the 11th February 1937, David disappeared. The bike had remained with the family until Paul purchased it. No one knows what happened to David. He was interested in ships, so may have gone to sea, losing his life during WW2. Or he just fancied doing a ‘Reggie Perrin’ and becoming something more exciting than an accounts clerk. 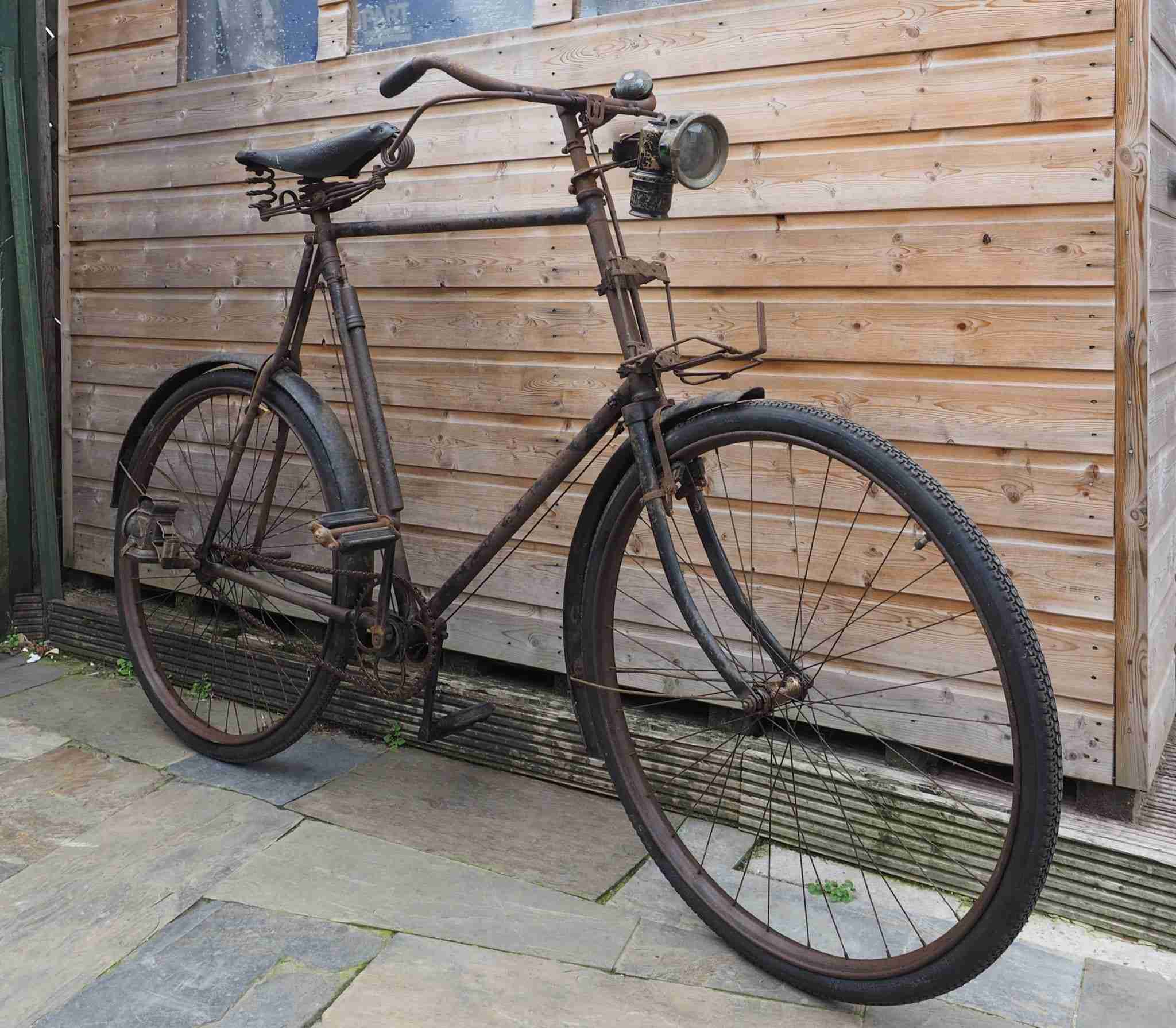 Paul has a truly wonderful collection of cycling history and it’s a great shame that more don’t have the opportunity of seeing it. Beeston therefore needs a ‘museum of cycling’, so that Paul’s collection can be displayed properly.

If anyone has anything to do with vintage cycling that they’d like to offer Paul, then please get in touch through the Beestonian’s Facebook page. Of course if anyone can offer a large space that would be suitable for a museum, then we’d really love to hear from you too.

Words and photography by Christopher Frost