The Seats of Democracy 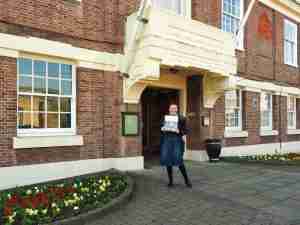 Being a journalist on the Beestonian brings you into contact with all sorts of people with different stories to tell.  And someone with quite a few stories to tell is Dawn Reeves, facilitator, trainer and author of a coffee table book all about various town halls across England; their history, uses and future. That universal symbol of local democracy seems to be under threat from the very councils that they belong to. Beeston’s is a prime example. But more on that later.

We arranged to meet at Greenhoods, and so over a hot drink I chatted to Dawn about herself, her interest in town halls and the purpose of the book. “I was born in London, but moved to Nottingham with my family. I got a job with Nottingham County Council, and then as a manager with Ashfield District Council. Working in those buildings, made me realise how important they are to communities, and not just for paying bills. I’m now back in Beeston and love it. I love the creativity of the town.” 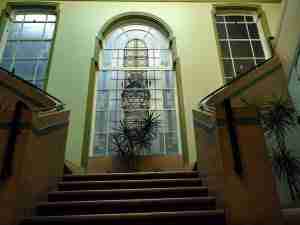 Turning to her generously illustrated volume ‘Town Hall: Buildings, People and Power’. “Working in local government, I realised that there are three main architectural styles of buildings that are used as town halls; the grand Victorian palaces like Bradford, Birmingham and Todmorden; the art deco styles of Torquay, Hornsey and Nottinghamshire and the postmodernist structures at Newcastle, Mansfield and Worcestershire. Although this book is broken down into themes, rather than styles.  I touch on four general themes: ‘Purpose’, ‘People’, ‘Power’ and ‘Future’.”

Nearly 30 councils and their town halls are described and evaluated in the book, that includes some eye-catching photography, I asked Dawn how she got the book completed. “I have some friends in Yorkshire, and around the country and I just basically roped them in to either write about their town hall or take photos of it.  I am planning another volume. One, which should feature Beeston’s original building. The book is self published through Shared Press and with financial assistance from CCLA.” 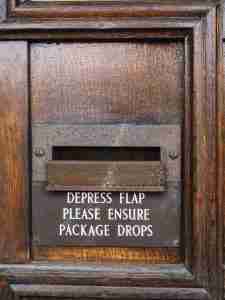 The story of Beeston’s town hall would make a worthy inclusion in volume two. How Broxtowe Council sold the building off for £425,000 to the Cornerstone Church, whilst ignoring other interested parties, including Beeston’s Civic Society; who wanted to turn it into a community resource for weddings, arts and theatre events and similar community celebrations. Very much like Brent’s does with theirs. But it was sold, even though the residents of Broxtowe will be out of pocket by some £155,000, as the council will be spending £533k on moving computer servers to it’s newer building, legal fees and doing up the building before the church moves in. But the council claim that it will be saving £85,000 a year on maintenance and repair costs. It is understood that the building will only be available to its church members, therefore excluding the citizens of NG9, whose past relations would have paid for the town hall to be built through their rates bill.

Last year the Civic Society collected over £5000 from residents through crowd funding to raise a legal challenge. But the findings from a barrister suggested that this challenge would not be successful. The group are currently working on some Freedom of Information requests about how the council had reached its unpopular decision on whom it selected to have the building. 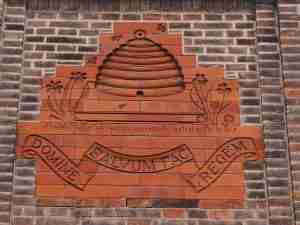 With local elections coming up in May, it remains to be seen as to whether the sale will actually go through by then, or maybe a change of administration may have other ideas.

Besides writing about town halls and training businesses, Dawn has also written a couple of novels, ‘Hard Change’ and ‘We Know What We Are’. Also printed by Shared Press. These are urban thrillers that also include the shady dealings of fictional local councils.

If you would like to hear Dawn talk about her love of town halls, then she is appearing at the amazing Five Leaves Bookshop in Nottingham on the 10th of April at 7pm. Admission will be £3, including refreshments.