I Am Beeston: Remembering Alice Grundy

Written by Isaac on January 8, 2020. Posted in Christopher Frost, Current Issue, I Am Beeston.

On the 25th of June 2017, the Canalside Heritage Centre opened its doors for the first time, after being transformed into a wonderful visitors centre and cafe from a derelict row of cottages. Of course, I went along with my Beestonian hat on and the famous ‘I Am Beeston’ sign, just in case I should meet some more brilliant Beestonians.

Well actually I did, and one person, in particular, stood out.
A sweet little old lady by the name of Alice Grundy. 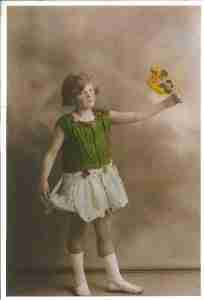 Besides her great age, unbeknown to me was that she had opened the centre, as she had a strong connection with the area, in that she had lived on the canal and where her young sister Annie, who was eight at the time sadly drowned.

Fast forward to September this year when Beestonian Towers received a message from her son in law Malcolm and her daughter Lesley. They wanted to chat about Alice and the life that she had led. So one evening, I popped down with my jotter and pen. Fortunately, they had provided me with a transcript of the tribute that had been paid to Alice at her funeral. She sadly died a shade before her 100th birthday. So the following is a slightly condensed version of that tribute.

“Alice was born in Liverpool during 1920. She lived with her parents, grandparents and siblings George and Annie. Unfortunately, her parents’ marriage came to an end, so the three youngsters went to live with their grandparents on a houseboat on the canal in the Rylands. And as mentioned previously, in 1930, Annie tragically fell into the water. Something that Alice never got over. She went to Church Street School, before moving to Nether Street. Alice remembered when the area was farms and fields, and buying beer for her grandma from the original Jolly Anglers pub. She also danced on the stage at the Boat and Horses, and played with the Bagshaw brothers who lived in the cottages before they became the heritage centre. 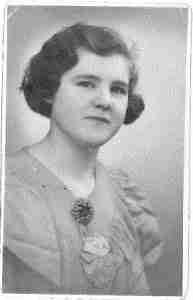 When Alice was 14, she returned to Liverpool to complete her education and began working in a linen shop. But she learned that her friends back in Beeston were earning more as apprentices at Ericssons. So that’s what Alice did. She moved back to Beeston and worked as an electronics tester.

During World War II, she went back to Liverpool to live with her mum and brother George. But their house was destroyed during two air raids, and so they moved to Yorkshire.

After the war, Alice moved back to Beeston, where she met and married a man called Wilf Grundy in 1946. They firstly lived on Waverley Avenue, before moving to Canalside, then to a house in Chilwell, with their children Kevin and Lesley. Wilf was a lawn bowler, and so Alice joined too and became a brilliant player. They won many competitions, both in mixed pairs and separately. They were also involved in Plessey’s Social Club, where they danced the night away on many, many occasions. The slow foxtrot being their favourite, until Wilf passed away in 2002.

But Alice was always thinking of others. She was very kind and generous and was a volunteer with the Partially Sighted Group, where she helped for some 30 years. She was also involved with the Old Mission and the church on Victory Road. She also used to go shopping for people, and used to ride a bike through Beeston, often laden with groceries, and continued to cycle well into her 70s. 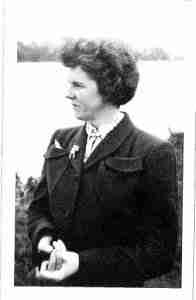 Alice moved to Venn Court in the late 1990s where she was the life and soul of the centre. She kept busy playing darts, keeping fit, and being involved in all the social activities that the independent living scheme had to offer.

She clearly enjoyed living life to the full, being positive about life and always having a laugh. Obviously this positive outlook helped her live to almost a century, despite her early setbacks. An inspiration for us all perhaps.”