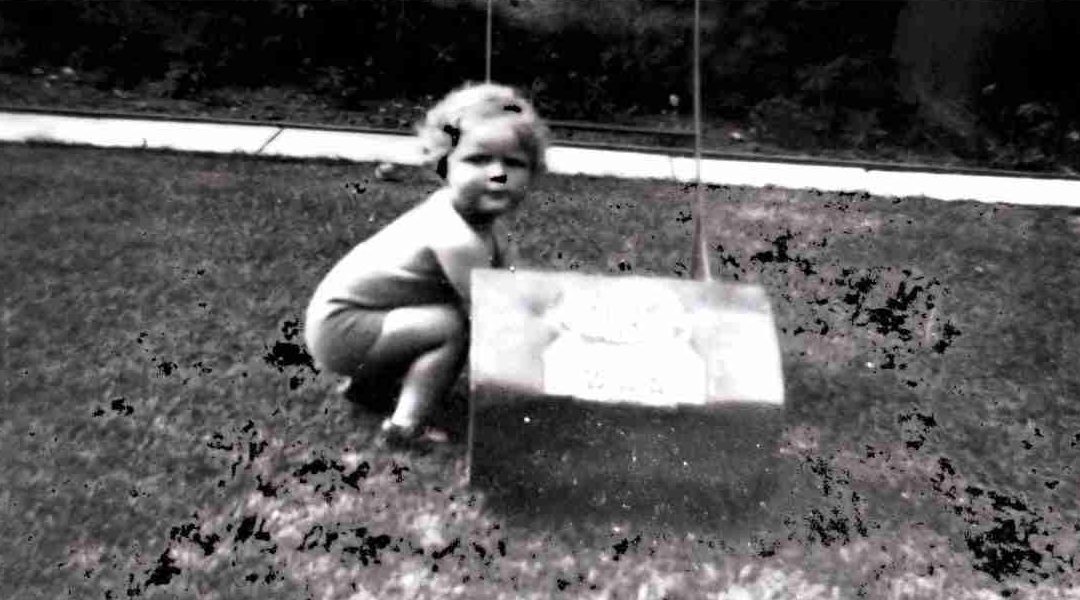 My father, Robert Edwin Westby, was born in 1905 in Park Road, Chilwell, the fifth of eight children.  World War 1 had some devastating effects on the family. His brother, Harold, died in 1918 in Pas de Calais, and is commemorated at Chilwell Memorial Hall.  Eric, a private, survived a period as a prisoner of war. Years later he used a strange phrase “Pazzamaloof!” when joking with children of my generation. Eventually, with my O level German, I realised this was “Pause einmal auf!” – “Stop at once!” However, Reginald who worked at Chilwell Depot, was very lucky as for some unknown reason he stayed at home on the day of Chilwell Depot Explosion in 1918.

At the age of 12 or 13 my father started work at Hurts Shawl Factory in Chilwell. After three weeks he left, convinced there was no future for the company and went to Ericsson’s Telephones (now Siemens) in Beeston.  Ironically Hurts is still in existence, and makes high quality items for sale nationally and internationally.

In the early 1930s Uncle Eric and my father had two semi-detached houses built on Park Road. Two detached houses would have cost more. They both benefitted as one became the home of Uncle Eric and Aunty Nellie, and my father sold the other, using the profit to have a bungalow, which he designed, built by Charles Blythe in Brookland Drive, Chilwell.

My parents met on a Holiday Fellowship walking holiday in Swanage, Dorset, married in 1935, and then lived in the bungalow.

I was born in October 1937, and my sister, Joyce (Jo), in January 1940.  I became quite famous locally when, in 1938, I was declared to be the most beautiful baby in Beeston!  A proudly displayed silver-plated cup was the prize.

My early wartime memories became family legends. During the time of blackout, each evening I would urge my father to do his patriotic duty, shouting “Blackboard Daddy!”. My maternal grandmother travelled to and from London, depending when London was being bombed.

When we went down to the Andersen shelter in the back garden, and Jo was very young, she was carried in cardboard box with a transparent cover – a gas mask for a baby. I was the proud but uncomfortable owner of a Mickey Mouse gas mask. It was fine to look at but smelled and tasted quite foul when worn.

I don’t remember any bombs falling, though it was said that enemy planes returning from bombing Coventry would offload any spare bombs randomly. 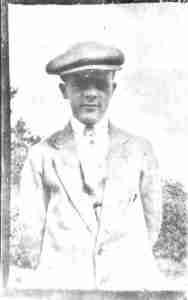 A couple of shelters, back-to-back brick buildings, were built on the street, with a space between them. At each extreme end there was a door. After air raid warnings were things of the past, we and other neighbours’ children pushed out several loose bricks at the other ends of the shelters, designed as emergency exits. Street cricket was transformed. The two opposing holes became wickets. if a ball went through them, you were bowled out. Perfect!

My father had an unofficial allotment on a field beyond the brook at the back of our garden owned by Mr. Dan. He let people who could access the field by making a bridge across the brook grow vegetables there at no cost. Somehow the tax authorities were alerted, and would not believe they were rent-free. Mr. Dan was then forced to ask the gardeners for a few pennies a year.

When my father was “Digging for victory” I was convinced that that one day he would find and show us this thing called “victory”.

We were constantly being told that things would change for the better after the war was over. I asked “Daddy, will it still rain when the war is over?”  (Rain was anathema to children wanting to play outside).  “Mummy, will there be any news when the war is over?” was a good question because, having no radio, we were taken next door for the grown-ups to listen to the news. I didn’t know there were any other programmes available.

Our parents were keen whist players, regularly attending whist drives at the Chilwell Memorial Hall. We children were taken down there, and amused ourselves by playing board games or reading books. At Christmas there was the Fur and Feather Whist Drive. The first and second prizes would be rabbit or chicken. In those days chicken was a once in a year treat!   My parents continued to go to the whist drives together until they died, often coming back with a first prize of a few pennies.

VE Day (Victory in Europe) was celebrated in Chilwell by a large celebration on Mr. Sutton’s field, on Cator Lane. My mother made me a Nippy waitress costume, like those in Joe Lyons cafes, for a fancy-dress competition, and my father painted a toy metal tea set, glued to a tray made from a biscuit tin lid.  I was devastated when another Nippy waitress was the winner, not me.  She had a dress made of paper! I felt that my fabric outfit was far superior.

I have only two remaining sad memories of wartime.  My father showed me two photos of his brother Harold, one in his new uniform before going to France in World War 1, and the other a few months later, back home for a few days, looking quite haggard. In World War 11 my Uncle Tom served in the Private Green Howards. I remember seeing him at home with Aunty Connie. Some weeks later I asked a cousin of mine “When will Uncle Tom come back with that thing he was on?” She asked me “What thing?” and I said “Leave – they said he was on leave.”  She then bluntly told me that he was dead. He had died at Anzio, Italy, from war wounds.

I feel lucky that I had little or no idea of what war was.