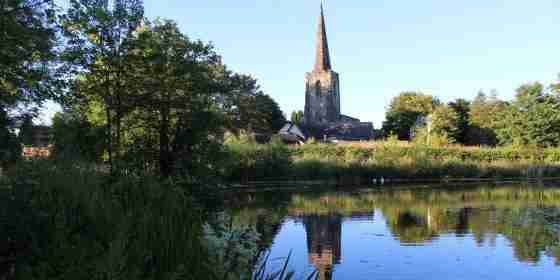 Attenborough nature reserve is a complex of flooded gravel pits and islands, covering one hundred and forty five hectares. The reserve lies to the south west of Nottinghamshire, and its population today is just over two thousand. The reserve was established in 1966 and opened by Sir David Attenborough. A process of decolonisation over some forty years has created a wide range of aquatic and waterside habitats. Other drier areas include scrub and grasslands as well as areas of native Willow and Old Stream Courses. The reserve has a wide range of fish and invertebrates including rare species of great diving beetle, damselflies, dragonflies and amphibians.

Excavations started on the floodplain of the River Trent at Attenborough in 1929 and gravel workings, including the fully restored areas, now cover more than 365 acres. The process of mineral extraction has led to the creation of many areas of open water. Most of the soil removed in order to reach the gravel has been deposited back into the water-filled excavations creating a patchwork of lakes and islands. The many islands created over the years provide shelter, food and perhaps most importantly, freedom from disturbance, creating ideal conditions for the many species of wildlife that thrive here. As the vegetation has matured, so has the type and variety of habitats. 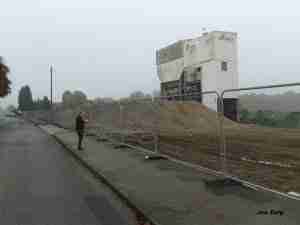 Since recording began in 1944, over 250 species of birds have been sighted here, from swans and starlings, to the elusive kingfisher and the even rarer bittern. The site is particularly noted for the wide range of waterfowl which can be found. Many species are migrants passing through on their way to spend the winter in warmer climates. Others return to their breeding grounds here each spring. In 1982, the site was designated a Site of Special Scientific Interest (SSSI) due to the importance of its over-wintering waterfowl population, particularly pochard and shoveler.

Other wildlife includes foxes, stoats, toads, newts, and many species of butterflies, moths and other invertebrates. The network of islands and paths is home to a wide range of trees, shrubs and wildflowers such as water forget-me-not which grows at the water’s edge. Otters have recently been recorded in the Attenborough area and it is hoped that they will establish a breeding population in the future.

In addition to being a haven for wildlife, the site is very popular with visitors, many of whom come to enjoy the wildlife or simply to relax in the peaceful surroundings of the nature reserve. Within the gravel pit complex there are a number of areas set aside for activities such as sailing, water-sports, horse riding, fishing and walking. The various pressures placed upon the site are managed to protect its wildlife value. 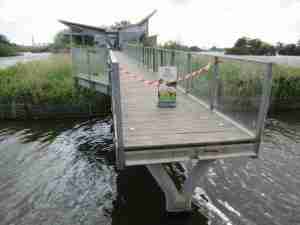 Attenborough Nature Reserve forms part of what was Attenborough Quarry; and is a result of over seventy years mineral extraction from the River Trent washlands. Quarrying from this site has supplied significant quantities of raw materials from which much of the infrastructure of Nottingham has been built. Whether found in house, hospital or highway the products of the industry are very visible.

The site was used as gravel pits between 1929 and 1967, and was latterly still owned by CEMEX, the gravel extraction company, who continue to extract sand and gravel from neighbouring areas.As sections of the site are worked out they are restored as wetland. In 2010 an area known as Thrumpton’s Land was restored in this way.

In late 2019, the owners announced their desire to sell the site, and an appeal backed by Sir David Attenborough, whose ancestors hail from the area, was launched to raise one million pounds needed to enable transfer of ownership to Nottinghamshire Wildlife Trust, which had helped to maintain the site with the owners for 60 years. 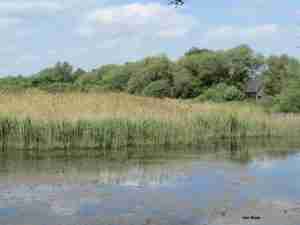 The purchase of the site from Cemex UK was concluded in December 2020, following a £750,000 grant allocated as part of the Landfill Communities Fund from Biffa Award. The derelict concrete plant owned by Cemex and located on Long Lane was sold to developers in 2020. The former Cemex site will include 20 new homes on the land. Property consultants Fisher German agreed the sale of the old CEMEX site off Long Lane, in Attenborough, to the Staffordshire-based Cameron Homes.

CEMEX previously operated a concrete plant at the site in Long Lane, Attenborough, alongside a satellite office and concrete testing laboratory for its Midlands operation.

We’re pleased to say that with the sale of the reserve to Nottinghamshire Wildlife Trust, the future of the site looks safe and secure for the future.