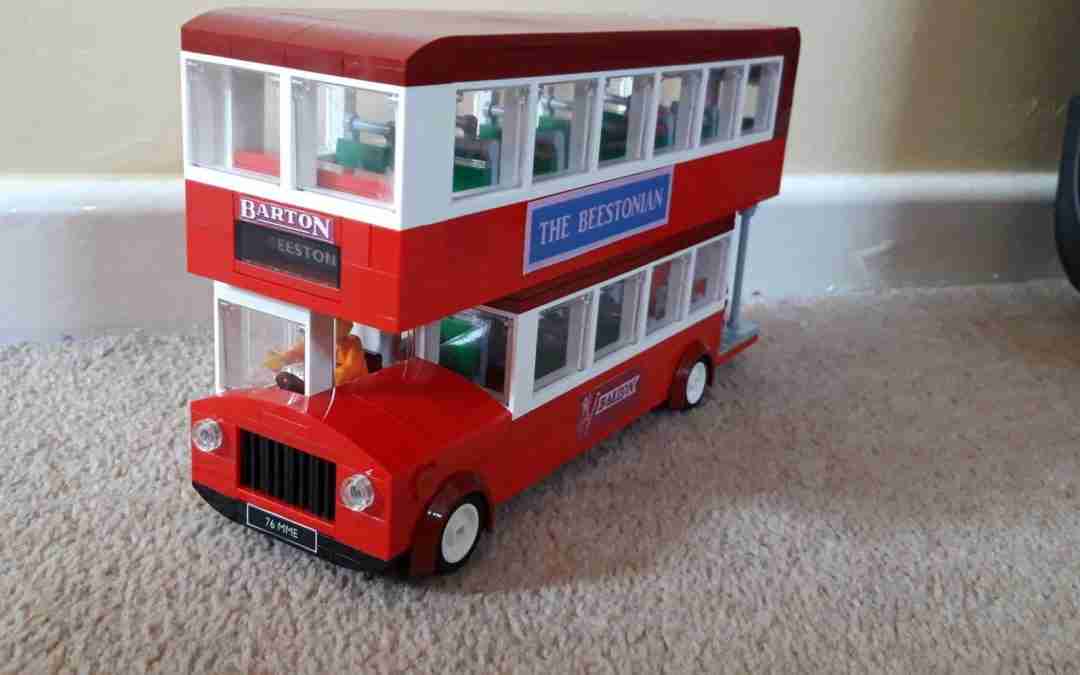 It’s been around a year since local lad Ewan Cooper revealed the Lego model of everyone’s favourite local shop – Fred Hallams – which he constructed with his father John.

Now the lad and dad team have produced another brick-based bit of local interest, a classic Bartons double decker. To the untrained eye it may look like a Routemaster bus, but it is in fact a slightly different model, a Bridgemaster.

The model contains some cool features including an engine under the bonnet, an opening driver’s door, and also the ability to turn round the destination blind to alter the destinations.

The model is currently residing in the window of one of the Bartons buildings opposite the college tram stop, alongside the Hallams model.

Ewan will be displaying both creations at various different places over the summer.