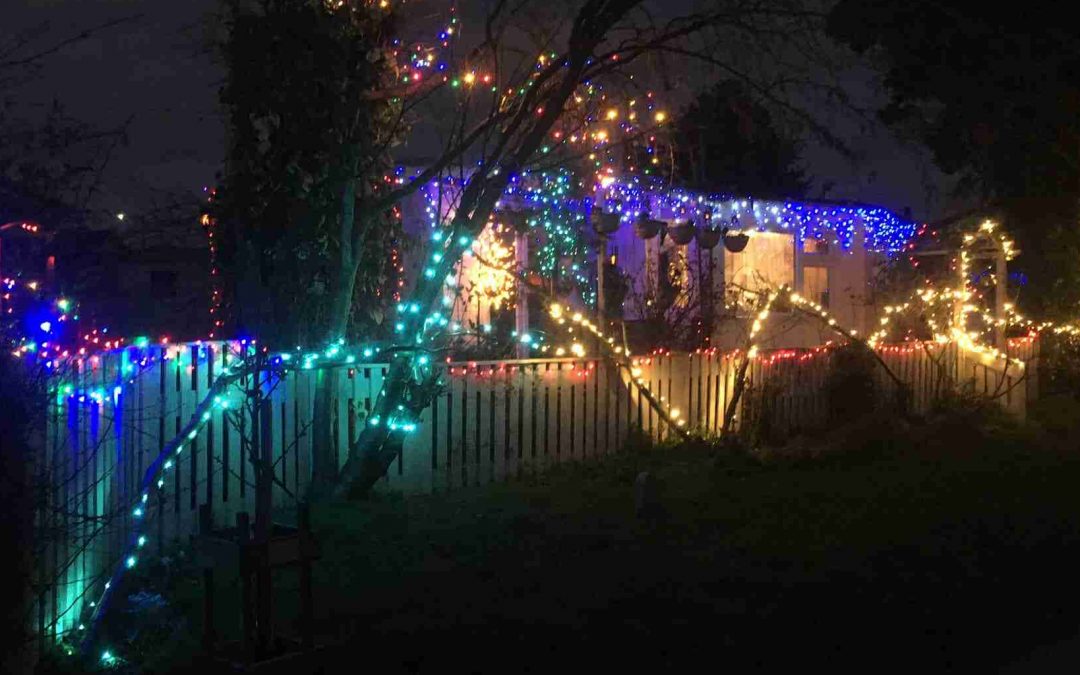 Two strangers hugged. Hardly newsworthy, but let me explain the back story. It was outside the Boat and Horses amid Beeston’s first Light Night, and two people spoke about the charity that was the chosen beneficiary for the Ryland’s sector – SAP UK.

This led to a heartfelt discussion about real painful experiences with knowing someone who committed suicide, and the devastating effects it has on those left behind. It was a difficult conversation, one that normally requires the deepest level of friendship, but there we were two kindred spirits united in grief and loss, talking like old friends.

It is for this reason that SAP UK was chosen for Ryland’s first foray into a luminary event. Let’s be honest, January is a rubbish, dark and cold month and seems a long way from the sunnier happier times that the warmer spring months bring. With the popularity of hit Netflix comedy After Life, maybe now is the time to address the subject, and to quote the hit comedy ‘Hope is Everything’.

With the dark endless nights closing in, to look around the surroundings I know so well in Beeston and see twinkling lights everywhere was a beautiful moment. The usually still and dark streets lit up as crowds wandered in the cold, giddy with excitement walking past houses decorated as if it was Christmas. Locals were joined with those from further towns to light up the area, armed with a sea of glow sticks and twinkling fairy lights.

Performers fired up the night sky with displays of Fire Poi (Nottingham Phoenix fire group). An illuminating peacock style cloak made drag queen Dixie Rect the leader of a dazzling parade, alongside paddle boarders (SUP fitness) that lit up the dark waters of the Rylands. The event was an emotional moment that pulled together the community.

The high winds that had suspended the night market in the centre didn’t stop a huge crowd descending on the town for the evening’s festivities, as written by my colleague ‘Frosty’ who covered the central area goings on.

My Light Night experience focused on the entertainment at the Boat and Horses, a pub nestled in the Ryland’s on Trent Road. This included a huge amount of acts booked in for the open mic, Ceidlh Celtic dancing (provided by Schuggie) and dance performances with clogs on (Greenwood Step Clog). I probably saw more live acts and music than I did for the whole of last year and 2020 put together.

Firing up the open mic stage at The Boat saw Lowri and Stephen belt out some absolute sing along classics. Seventy piece outfit the Beeston Rock Choir didn’t even fit in the pub, and performed in the more spacious pub garden making the outside area very uplifting. Nuala and Meena provided the comedy inside and were joined by the Jazz Ants, Romy, Ooo La las, Stella and Chris, Peter, Lego Men, and Serah Beau and the Flying Dutchman, with Lowri and Dixie joining forces at the end to close proceedings.

Behind every event is a team working behind the scenes, and this magic is created by months of preparation, stress and tears of both joy and frustration that the organisers experience. It’s not for the faint hearted but everyone involved managed to pull together an absolutely cracking event. Hats off to Jeanie at the helm of the all things central, and Jimbo and Jackie Henson running things at the Rylands this end along with every volunteer and co-contributor.

‘A Light In Beeston’ managed to achieve quite effortlessly an event that could be a regular addition to the Light Night calendar. Visiting the Nottingham one over the years and being present for the first event 13 years ago, I can confirm Beeston was well ahead of the game.