Beeston FC is at the heart of the community 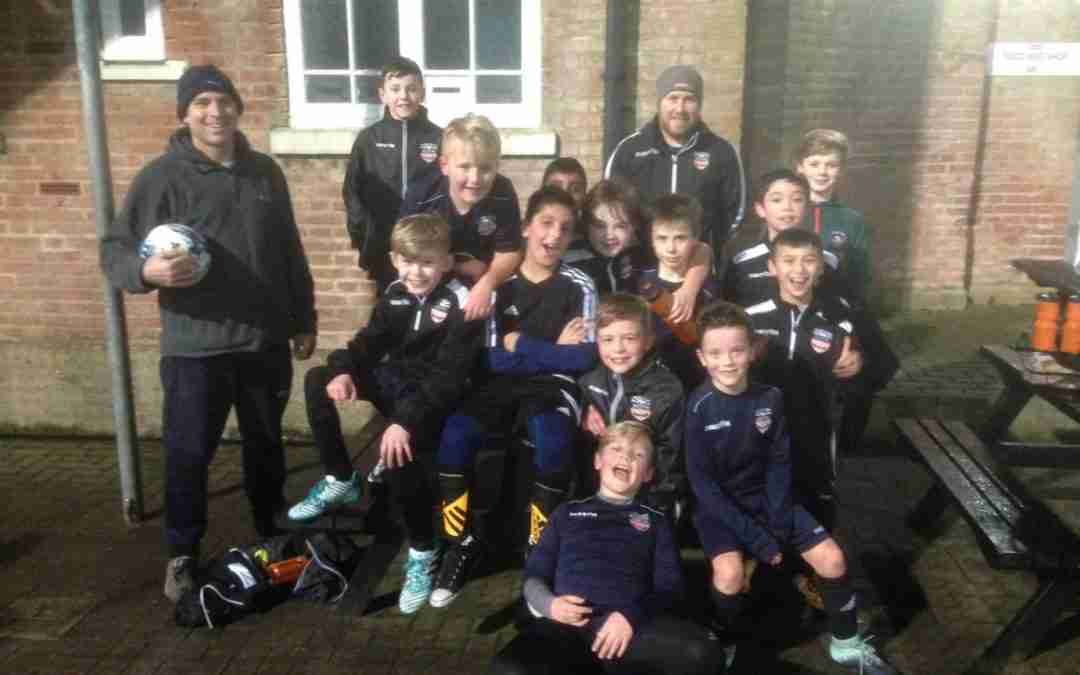 Meeting the Beeston FC’s Under 10’s Sunday team reminds you of why Beeston has such a good local feel about it.

The team is largely made up of players who are from or live in Beeston and it’s clear that this has an impact on the positive atmosphere at the club.

“I enjoy playing for Beeston because there’s a good team with good chemistry. If you’re feeling down they never say you didn’t do that well, they will cheer you up, try to make you laugh, or just say no you didn’t do that wrong you did everything right,” said Kyle, aged 9.

William, aged 10 agrees saying, “I would describe Beeston FC as talented, amazing, good chemistry and just the best team in the world really.”

So why is there such a positive atmosphere around Beeston FC and what is it that makes them so popular?

“We use the C word a lot as it’s a big tagline for the club due to the amazing community we have here in Beeston. We’ve got a lot of volunteers and we’ve got some really strong teams built from the people in the local area.”

“The club was founded by a group of local football volunteers out of Round Hill Primary School in 1988 as Beeston Centurions, but we changed the name to Beeston Football Club in 2015 and it’s just progressed and gone on to become one of the biggest clubs in the area.”

The club recently acquired a 99-year old lease for a plot of land on Trent Vale road, formerly the works ground for Plessey and Ericsson, which is well known amongst thousands of people in Nottinghamshire, who played football, hockey, cricket, tennis and squash there over decades.

Back in November, the club were hoping to win £10,000 from the Aviva Community Fund to improve the facilities at the Trent Vale site and although they were unsuccessful, they still received over 5000 votes one of the highest numbers in the competition.

“Beeston FC has had a great impact on the community,” said Leroy. “We invited loads of people to vote for our Aviva community fund through social media and we received an incredible number of votes. It was greeted very positively on Beeston updated as well.”

“The local community especially around the Rylands have all really warmed to us and we feel as though we’re well respected. We’ve also got some good coaches and volunteers who are always willing to help.”

Charles Walker, one of the under 10’s coaches has played a key role in the development of the club over the past few years and is hoping to develop a girl’s football team at the club.

“We’ve currently got an under 13’s girls team who aren’t playing matches yet, but we train nine of them.”

“We’re trying to get the number of girls in our team up to twelve and then we can apply for the Wild Cats scheme through the FA. [It’s] A girl’s national football scheme aimed at those under 11, where a club is chosen in each area to try to get thirty girls playing football within three months.”

“We also want to use it as a way of getting other people involved in the club particularly women, as we’re looking to get some older girls in to do some volunteering for us, because I think they can be good role models for the girls.”

There is no doubt that Beeston FC has become more than just a football club, but also a way of getting together with friends and having fun. Beeston FC is a fantastic representation of the community spirit that Beeston has.