Beeston, Ukraine and a Good Cause 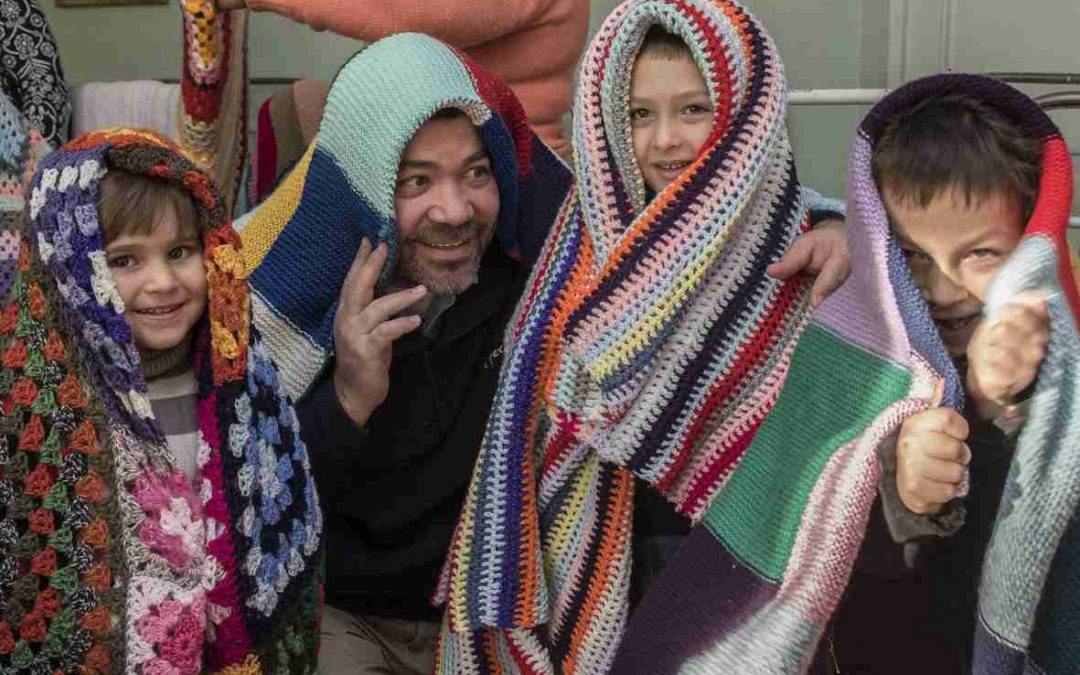 As the war in Ukraine grinds onwards into its second month, and as a barrage of horrific images floods our television screens and social media feeds, one of the scarce few lights in the darkness is the outpouring of solidarity for Ukrainian civilians and refugees from British civil society.

In addition to a surge of online support for the Ukrainian cause, and the adornment of British streets and households with the Ukrainian flag, this has extended far beyond the symbolic. There has been a surge of involvement in charitable and humanitarian relief efforts, by organisations and individuals alike; Beeston and its surrounding communities, with a well-established history of civic participation in charitable causes, has been no exception. The role played by Beestonians in responding to the crisis is important to note, both to celebrate the extraordinary achievements by our community, but also since it can serve as a microcosm of the broader British response to the Ukrainian tragedy.

Operation Orphan, headquartered in Attenborough, is a good example of the role charities rooted in local communities can play on an international scale. Founded in 2010 by Brad and Cyrilyn Moore, and with a well-established history of work in Moldova, Ukraine and other Eastern European nations, Operation Orphan has been well-positioned to deliver a swift, effective response to the Russian invasion’s humanitarian fallout, with the aid of volunteers from Beeston and beyond.

Visiting Cyrilyn at the charity’s office and warehouse on Attenborough Lane, the nucleus of an undertaking which extends out across Europe to the Moldovan border with Ukraine, she outlines the work her charity has been doing on the front lines of the crisis- in its earliest weeks as millions of Ukrainians fled to neighbouring countries, with families disrupted and torn apart in the process. Operation Orphan employs an inclusive definition of orphanhood, encompassing all minors whose parental support has been rendered unstable or non-existent, and as such have developed the kinds of organisational strengths best suited to managing such an influx. Their volunteer response team in Moldova, led by Brad Moore, has over the past weeks been working with other organisations on the border, seeking to identify “gaps in the care system” and underserved border crossings which require urgent support.

Primarily, they’ve been concerned with providing incoming refugees with the essentials necessary to raise their quality of life in a dreadful situation. These include medicines, toiletries, food, clothes, firewood, and hand-knitted blankets- “symbols of love and hope”, as Cyrilyn describes them, and also simply practical as a trauma response in a region subject to punishingly cold weather. Working in Moldova is a delicate and often complex task, relying on careful negotiation and well-established relationships with local officials and working to safeguard vulnerable children from the danger of human trafficking, and their volunteer team has been strained almost to capacity by the crisis. Nonetheless, Operation Orphan has managed to thread the needle, supplying 200 boxes of essential supplies to the border on a weekly basis, and Cyrilyn praises the efforts of her volunteer team, while also remarking on the extraordinary effort by Moldovans to support their Ukrainian neighbours, even against a backdrop of desperate poverty.

Back home in Beeston, people have sought to help out and contribute to relief efforts in a variety of ways. For example, on March the 20th, Beestonians participated as performers and donors in the Stand Up for Ukraine comedy fundraiser and raffle, organised at the Canalhouse in Nottingham by NCF Comedy. Scott Bennett, a resident of Chilwell and stand-up comic, participated in this fundraiser alongside performers from across the country, successfully raising approximately £3000 for the Ukrainian Humanitarian Fund in a single evening. Having performed as a comedian throughout the pandemic, Scott is a firm believer in the potential for comedy and music to bring people together in support of a good cause. He suggests that people attending these fundraisers are looking to help the relief effort in whatever ways they’re able, but also to take their mind off international tensions and catastrophe, if only for a little while – as he puts it, “there’s no better therapy than a laugh!”

Scott argues that social media has been a major driver of public engagement with the Ukrainian relief effort- allowing many ordinary people access to information about the conflict, and provoking empathy with Ukrainians driven violently from their homes, on an unprecedented scale. His wasn’t the only such fundraiser held in our locality- Sounds Proper Comedy organised at the Boat and Horses in the Rylands, suggesting that many people are viewing comedy as an effective and inspiring way of providing material support for the Ukrainian cause.

Even people without major platforms have stepped up to do their bit in this crisis. Roma Seth, a founder of the Rockabillies Adult Choir and resident of Long Eaton, helped raise funds for the International Committee of the Red Cross, using her choir to help organise a bake sale with musical accompaniment- something relatively quick and simple to organise, she notes, but nonetheless a very effective way of raising funds on a short notice. This isn’t her first charitable rodeo- Roma works for the Speech, Sign and Song Club, a Beeston music club which supports children with communication difficulties and their parents and carers, and knows people who’ve worked to fundraise for Afghan and Syrian refugees in the recent past.

Similarly to Scott, Roma suggests that people have been driven to participate in these fundraisers both through genuine, deeply-felt empathy for Ukrainians, and also through a desire to temporarily distract themselves from the nightmares we’re confronted with on national news and the Internet. Penitent asceticism, after all, is hardly a more effective form of charity and humanitarian relief than getting money and supplies to people as quickly as possible while having a little fun in the process.

In these respects, you could easily argue that the response by Beeston and NG9 residents to the Ukrainian crisis reflects the response by the British public as a whole- international work by charities and organisations with the capacity and skill to do so, while back in Britain, people try to organise and participate in whatever ad-hoc fundraisers as best they can, utilising their skills and strengths in whatever ways they’re able.

A cynic might argue that all this amounts to merely a drop in the water, that individual fundraisers and charities can only do so much in the face of the largest European humanitarian crisis in generations. On the other hand, a more optimistic- and more accurate- perspective is that what matters is that people are trying their best. The work done so far by Beeston’s civil society is nothing short of admirable; and with even greater support from volunteers and donors in Beeston and beyond, they’d easily be able to accomplish even more. The response is far from over, too; Roma cites multiple potential fundraisers in the near future she’s been invited to participate in, including a musical benefit concert in Nottingham.

Even if the Russian invasion were to end tomorrow, the crisis would persist afterwards for many months or years, and this makes continued support for Ukrainian civilians and refugees all the more important.

When asked how people considering setting up their own fundraising efforts can help out, Roma suggests considering your own skills, your free time, and how many people you know who’re willing to help out. Rockabillies Choir, with an attendance of 30 or so a week, was obviously a great forum for organising fundraisers; but even a smaller number of people could accomplish quite a lot, she argues, if they all pull together, and identify what they’re best at, in an environment with so many concerned and willing donors.

Working together with other people, she notes, is absolutely crucial.