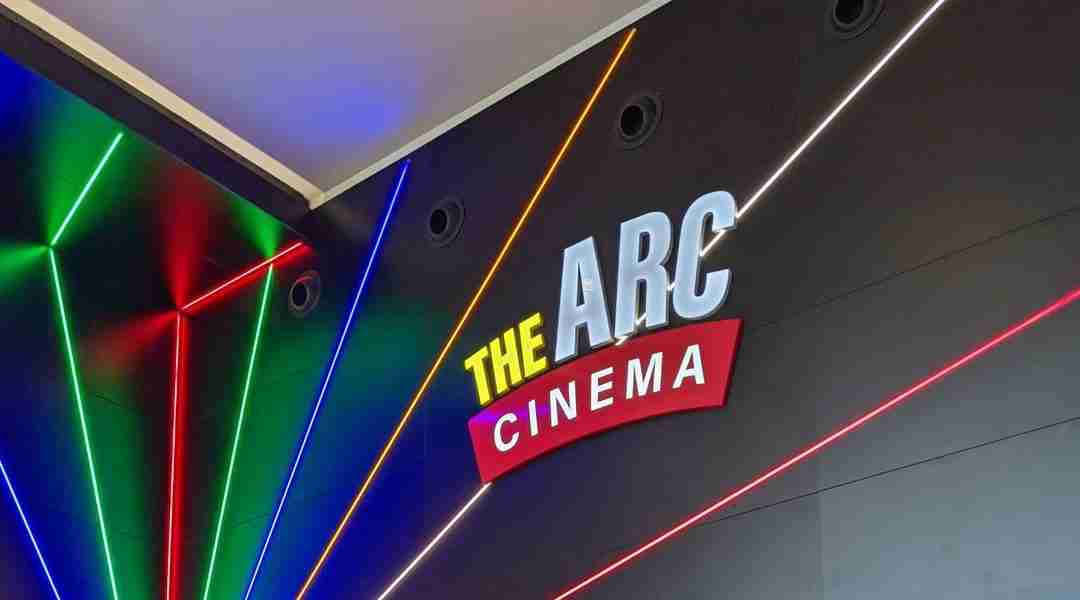 After many months where giant screens and sound systems were closed around the globe, as seats remained
empty, the film industry like many other industries made many changes to survive. Thankfully none of these changes stopped The Arc Cinema in our beloved Beeston from being built and opening its doors last month.

What have you missed the most? The epic big screens and surround sound that soundbars/speakers and even professional home audio set-ups just cannot provide? The feeling of sharing an experience with a room full of strangers in a darkened and magical space as the lights go down? Someone else making your much-loved popcorn? Or just being transported away for a couple of hours of immersion where no one can disturb you as you sink back in your chair to be entertained and turn off your phone? 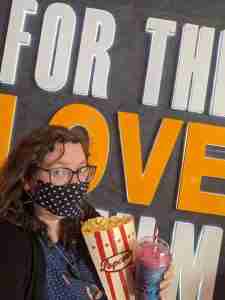 For those who don’t know me, I’m a true cinephile I’ve been going to the cinema, (or the pictures as my family fondly refer to it) multiple times a month since I was about 5. Not being able to go during the pandemic has honestly been one of the most difficult parts of lockdown for me. I’ve had a paid job as a film critic who used to get to run around London attending press junkets, seeing preview screenings in secret cinema rooms all over the big smoke (the best straight out of uni job!). For 7 years I even owned and managed the smallest cinema in the world (yes, really!) – Screen 22 in Nottingham town centre. So for someone who’s literally lived above a cinema having 8 brand spanking new glorious screens of mystery, full of new stories to be told and shared so close to my house is the dream.

The interior of The Arc is tasteful, classy and harks back to what cinemas used to look like, with bright stylised lighting and plush carpets, with the oh-so-familiar but missed smell of popcorn wafting through your nose as you enter. There’s a bit of a seating area for pre- and post-film drinks too and the place is, in a word, slick.

The Arc contains 700 luxury leather electric reclining seats in total and boasts laser digital projection and Dolby Digital 7.1 sound in 6 of its 8 screens. For the non-technical amongst you, that’s the most up to date way to view your cinematic content. The other two specialist screens are Hypersense, which use 4k laser projection and giant (14m) wall-to-wall screens, which in short means maximum impact and precision. Those seats are extremely comfortable and there’s a lot of legroom available!

Did you know that Nottingham once had over 100 cinemas? Back in times where going out to the flicks was an event that people dressed up for, smoked through and were seen at. In the days when cinemas showed
newsreels and not trailers, and there were double feature matinees for children of a Saturday afternoon.

The film heritage of Beeston is strong, beginning back as far as the early 1900s, when Waller Jeffs came to town with his travelling show. This included one of the first times that the general public could view film as a form of entertainment, with his shows performances attracting significant sized crowds daily. In 1907 a local Greengrocer, Henry Peberdy set up the Cozydrome and later Kozy Kinema, which were accessed down the alleyway which still exists next to Greggs, where punters were said to have paid pennies to sit on wooden benches and watch as the projector was hand-cranked and oil lamps provided the light. Sounds utterly magical to me.

A love of cinema continued in Beeston with many options available for fans to enjoy. Two larger cinemas of note were situated where Iceland and the Co-Op now stand. Others that older readers or the families of may recall taking trips to include:

Over more recent years film nights and screenings have been run in Cafe Roya which used to host ‘The Beestonian Film Club,’ The Berliner has been known to host film nights and of course, the ol’ Barton bus depot, or The Garage as we now know it, event built a mini-cinema with authentically restored seats showing classics throughout the year. Now we welcome our new purpose-built cinema, Arc Cinema. 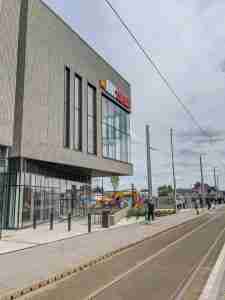 We now live in a world where some film studios will offer you the chance to watch a film at home for more than the cost of a cinema ticket, on the same day it’s released in cinemas. Some film studios are making deals where films are screened for as little as 17 days in a cinema before they can be streamed online and at home and moves are being made that will change the industry forever, changes that cinemas have tried to fight for decades. Is there a place for everyone in this new model?

Time will tell, but the highly desired new addition to Beeston is certainly proving popular and will hopefully be here for many years to come.

At The Arc there are plenty of discounts available keeping our visits to the pictures on the more affordable side; including:

● Meerkat Movies on Tuesday and Wednesday – giving you 2-4-1 tickets on all films,
● Kids club screenings for anyone attending at £3.50 a ticket on weekends and in school holidays
● Off-peak pricing before 5pm in the week,
● Family discounts and parent and baby friendly screenings too

“Myself and my team are delighted with the response from the people of Beeston in coming out in our first week to support us. Opening on a bank holiday weekend and into half-term week meant so many local people got to see what we have to offer, and we have seen many people returning already.

I am so pleased with the fantastic reviews and feedback we have received in the first week and I really do look forward to continuing to build on that success. Thank you for welcoming us!”

To find out more about Beeston’s new entertainment and be a part of their online community-
https://www.facebook.com/ArcCinemaBeeston

To see showings and make bookings visit their website – https://beeston.arccinema.co.uk