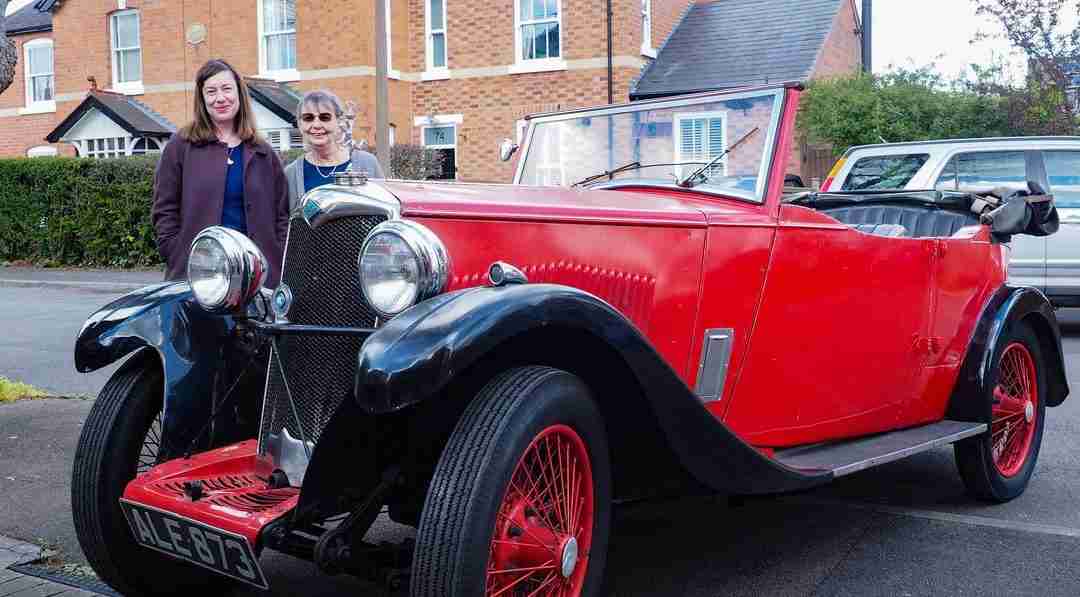 For a short period of time, Beeston built cars. Not on the grand scale of Dagenham, Cowley or Sunderland, but more of a cottage industry. Humber Works, on Humber Road between 1901 & 1908, and Middlebridge Scimitar on Lilac Grove, 1988 – 1995. All gone now of course, but their history lives on. If you want to see old vehicles these days, there’s Bartons in Chilwell, where you can see a number of their old buses and associated vehicles on Heritage Days or when they put on one of their Sunday markets. Or there’s the annual Autokrama at Wollaton Park, where a huge number of period vehicles are on display, usually in the summer sun. If you’re lucky, you can spot an old car on the streets of Beeston. I saw one the other day. A mid 70s Ford Granada. It got me thinking; I wonder how many vintage vehicles there are in the area?  So I put a message on Beeston Updated’s Facebook page, to see what response I might get.

I had some replies telling me about their vehicles. Carrying on with the Barton theme, here’s ‘Beauty’, a 1933 Riley Open Tourer, which has been in the Barton family for 48 years. Jeanie’s mum Barbara spoke to me about it. “We got the car from Gainsborough in Lincolnshire, as my late husband Elson wanted to be Bertie Wooster. I was invited out for the day on a ‘date’, which was to ‘look’ at a vintage car. The plan was to have a look and then go for a nice meal on the way back. We arrived at a smallholding in the countryside and were led to a barn where the Riley was stored. The car was dark green and although most of the bodywork was visible, the seats inside were covered with straw and chickens were standing on the footboards and bonnet!  They quickly fluttered away as we approached, and the owner quickly discarded the majority of the straw to reveal the very dirty seats.

A deal was struck and to my astonishment, I was ‘offered’ the chance of being towed back!  I recklessly agreed and a piece of polythene was placed on the seat for me to sit on.  I was given a large white handkerchief to hold and was told to wave it if I had any problems. We did a few miles and then I smelt burning. I waved the hankie and we slowed to a halt.  Being rather nervous, I had been braking rather a lot and the smell was coming from the brake discs which were very hot!  After they had cooled down, I was told not to use the brakes unless considered absolutely necessary! We set off again and reached the “Rose Cottage” restaurant. We sat down to a lovely meal and a much needed drink, before setting off again for Beeston”. 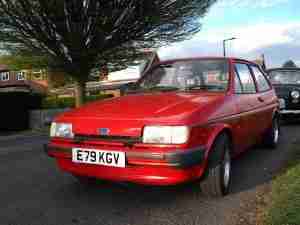 Jim Goodinson lives on a canal boat in the Rylands. He currently owns three classic cars; a 1961 Ford Popular, a Hillman Minx from 1963 and a 1988 Ford Fiesta. I met him on Canalside by his boat, with the nice smell of burning wood emanating from the stove and asked him about his small collection of vehicles. “I’ve had the Pop for about six years now. I saw it on Ebay, but just missed out. The winner didn’t go through with it, and as I was the second chance bidder, it was offered to me. I had to collect it from Sandy in Bedfordshire. It’s done 68,000 miles. Classic cars tend not to do that many miles in a year. That’s why we get cheaper insurance. She’s called ‘Bertha’. I’ve kept her in the original condition. As I prefer it that way”.

“I got the Hillman from a friend who lives in Bingham. We used to see each other at car shows. He kept pestering me to buy it. In the end I did. ‘Hilda’ has only done 11,000 miles. It’s beige and cream. It’s not here at the moment. It’s stored at a garage in Beeston. Do you know what, the biggest cost to owning a vehicle isn’t insurance, but storage.

Lastly Jim talked about the red Fiesta that’s parked in front of the black Ford. “It was my son’s and he wanted me to buy it. He’s made a few changes to it. Different tyres, lights etc. I might change it back. I’ve got all the old parts in the lock up. She’s called Phyllis.”

Noticing Jim’s accent, I ask if he comes from Bolton. “Yes. I was a centre lathe turner for nine years during the 70s. Most people think I come from Yorkshire. So you did well to spot it”. I of course asked if he knew Fred Dibnah the famous TV steeplejack and traction engine driver. “Yes, I knew him. Sometimes I made parts for him. He lived just down the road from me”.

The sun starts to set as I said goodbye to Jim, who’s waiting for his son to arrive for tea. I think it’s great that people strive to keep old vehicles on the road and find it exciting to see one, rather than the usual homogenous looking cars that are produced now.

If you would like to see your vehicle in a follow up article, then please do get in touch. I’d be interested in featuring any road vehicle made up until the late 1980s.