Life is a cabaret, old friend

For many, the words ‘British Legion’ means a place that old soldiers can go to for a bit of company and a cheap pint. While that part may be true, the Legion in Beeston also means being entertained at a reasonable price. As four years ago, David Clifford, the former road manager of Nottingham’s Paper Lace and Bittersweet, together with his partner Anita opened the club for cabaret evenings. You can forget the end of the pier and novelty acts that made their way onto the stage in Peter Kay’s comedy series Phoenix Nights, David attempts and succeeds in attracting quality acts that people want to see for a very reasonable on the door price of £5, through his many contacts in the music industry. 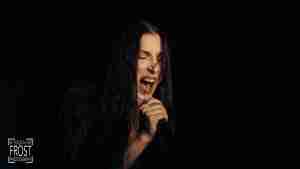 David, with much help, charity and goodwill from people and companieshas transformed the inside of the nondescript building into a warm, welcoming space for everyone to enjoy a night out. Full Steam Ahead is a sponsor for instance. Some of the improvements have included LED lights for energy conservation, improved soundproofing to stop the neighbours complaining and stage lighting that originally came from Plessey.

The original use of the building hasn’t been lost, as there’s still an area dedicated to veterans of the Korean conflict and the bar is named Troopers, after the Paras. Although most members of the armed forces now tend to go to Chetwynd Barracks for their companionship.The Cabaret Club’s main audience are people in their 30s and 40s. There’s no age restriction either, so families are made most welcome.

“a warm, welcoming space for everyone to enjoy a night out.”

So what sort of entertainment is on offer? Tuesday evenings are set aside for line dancing, Wednesday’s are bingo nights, Beeston Camera Club meets there on a Thursday, while the cabaret nights are the first Friday in the month. There’s also music or comedy on a Saturday too. The venue can also be hired for private parties like weddings. And David has just opened a smaller room that can be used for meetings. Car parking isn’t a problem, as there’s enough space for 60 cars. The club currently has around 150 members and has a loyal following. David and Anita are always thinking of ways to improve the club, as they would hate to see it close.

For that first-hand experience, David invited me and my wife Gail along to see a show. The next cabaret night featured a Cliff Richard and Cher tribute bands. So I thought that would be a good one to choose. We arrived to a packed house who were enjoying the songs of Cliff and his backing band the Shadooz. Will Chandler does a fair impersonation of Harry Webb and tended to keep to a lot of his early back catalogue songs from the 1960s, so we were spared his latter tunes like ‘The Millennium Prayer’. Kelly Marie as Cher came on next, dressed in a similar costume that she appeared in the ‘Turn Back Time’ video. And no, it wasn’t ‘that’ Kelly Marie, who had a hit in 1980 with “Feels Like I’m In Love’. 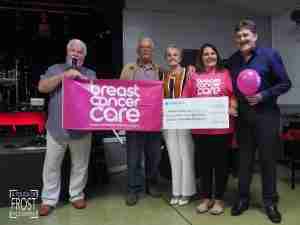 At the break, a cheque presentation was made to Breast Cancer Care of £620. This was raised by the club, as one of its members Jayne Walker was diagnosed with the disease four years ago but is now free after going through 16 months of therapy. I had a quick chat with Jayne, who comes from Hucknall and she really wants to get the word out about the charity and its work and was genuinely pleased that the club had raised so much through a charity evening held there earlier this year.

There’s a real family atmosphere to the club as members have their birthdays celebrated. While we were there Cliff led the singing of Happy Birthday to one member. 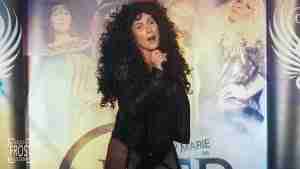 With a change of costume and Cliff was on again for some more songs to entertain the happy audience. I wondered whether Cher would make another appearance, and she did. Well, Kelly did, but as herself. And was something of a rock goddess. She did an amazing version of Guns & Roses’ ‘Sweet Child of Mine’, which went down a storm with the audience.

So if you fancy having somewhere new to go, then why not give the Legion on Hallcroft a go. You never know, you might decide to become a member.