The Year Of The Roses

Written by Debra Urbacz on August 22, 2021. Posted in Uncategorized. Leave a Comment

Mikael Eskilsson reveals all about a new competition

A new international wellbeing initiative has originated in Beeston. It will bring together the works of creative people from all over the world, centred around roses. It encourages everyone from schoolchildren to experienced artists to participate.

Why the rose? Marysia Zipser, founder of ACT (one of the organizations behind the initiative), sees the rose as a sign of hope and a symbol that encourages endurance during difficult times, such as the pandemic we are collectively going through at the moment. Or as she eloquently puts it: “The rose is a sign for hope for the future. Because after the thorns, we need the roses.”

The project is based on the idea that if you only need to submit images of anything with roses, then almost anyone can participate. So regardless if it is a single rose that is growing in your back garden, or a multitude of award-winning roses in a public garden, it is your image of it that is being sent in. It can also be representations of roses painted on a canvas, or paper, or even a rose inspired design object.

There has even been a whole song composed and recorded for the initiative, with an accompanying video. Local musician Jeanie Barton got inspired when she heard about the project and in a state of creative excitement wrote a song that has now become the anthem of the project. “I got inspired by the resemblance between roses and us during this pandemic we must endure, so much strength coming from something so fragile.”

And in a chain of creativity, that song inspired Italian artist and writer Roberto Alborghetti to create a video to accompany the song. He explains that: “This video is my creative work, like paintings, books or photos, so I’ve made it in total freedom. This is my personal way to see roses and to show Jeanie’s theme song in the best way. The sharing of our roses in all their forms will spread a message that will help us to overcome difficult moments together.”

So what will happen to all the images that will be sent in? During the length of the project, which stretches to the beginning of autumn, submitted images will be spread through the channels of ACT and OKAY Italy (the other organization behind the initiative). Afterwards there will be a book, a video film, an online exhibition and finishing with a public outdoor event right here in Beeston.

A lot of people see a connection between creativity and wellbeing. This goes for both sides of creativity, both for the viewer and the creator. We are also longing for belonging and connection to other people at the moment. Hopefully projects like this can help people get inspired to create and spread the sense of wellbeing that comes with it to others.

To enjoy the rose song and video, search Youtube for ‘the year of the roses 2021 theme’

Do you or any group you belong to want to contribute with images? Send them in here: www.artculturetourism.co.uk/yearoftheroses2021

Written by jadekmoore on July 18, 2019. Posted in Uncategorized. Leave a Comment

It’s been around a year since local lad Ewan Cooper revealed the Lego model of everyone’s favourite local shop – Fred Hallams – which he constructed with his father John.

Now the lad and dad team have produced another brick-based bit of local interest, a classic Bartons double decker. To the untrained eye it may look like a Routemaster bus, but it is in fact a slightly different model, a Bridgemaster.

The model contains some cool features including an engine under the bonnet, an opening driver’s door, and also the ability to turn round the destination blind to alter the destinations.

The model is currently residing in the window of one of the Bartons buildings opposite the college tram stop, alongside the Hallams model.

Ewan will be displaying both creations at various different places over the summer.

Written by jadekmoore on April 15, 2019. Posted in Uncategorized. Leave a Comment

The latest from Attenborough Nature Reserve 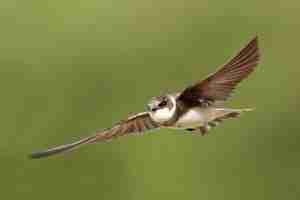 Aristotle once said; ‘one swallow does not a summer make’ and with this is mind, we perhaps shouldn’t get too excited about the news of a single sand martin spotted at Attenborough Nature Reserve on the 12th March – two weeks earlier than we would typically expect.

This small hirundine, a cousin of the swallow and house martin, is often one of the first spring migrants to arrive back on the Reserve’s each year.

Despite many birds being considered to be the herald of spring, it is the sand martin’s appearance that is met with the most excitement at Attenborough as it means that not only is summer drawing closer, but also the artificial nesting bank at the Reserve will come to life again. 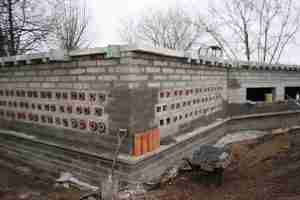 Dubbed the ‘Sand Martin Hotel’, the nesting bank and viewing hide, situated at the end of the Attenborough Nature Centre’s wildlife garden, first opened its tunnels to its feathered guests in April 2014. Funded through a Heritage Lottery Funded ‘ACE’ project (Access, Community, and Education) the bank provides nesting opportunities for up to 150 sand martins each summer. While the integrated ‘sunken’ bird hide provides panoramic views across Coneries Pond and enable visitors to watch the sand martins at close quarters as they feed over the water and return to their nests.

Sand martins make an incredible 2000-mile journey to the UK from the Sahel, a region of Africa to the south of the Sahara Desert, where they have been over-wintering. 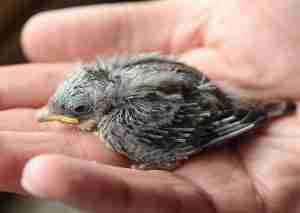 This species has suffered a number of major population crashes in the last 50 years, mainly due to droughts in their over-wintering sites – which means many birds can’t build up enough energy to help them cross the Sahara. Within the UK they are also under threat from habitat loss, where natural nesting sites have been destroyed through development, dredging and bank stabilization along rivers.

Sand martins nest colonially. Colonies can range from just a few dozen pairs to groups of several hundred. In a natural environment they use tunnels in sandy banks along rivers and surrounding lakes. The birds dig the tunnels themselves using their long sharp claws. The nest holes are usually between 35cm and 1m in length and are excavated by both parents over a period of two weeks. In our artificial bank, clay pipes filled with sand will be embedded in to the walls to simulate the bird’s natural nesting habitat.

By mid-April, it is hoped that the sand martins will begin nesting in the artificial nesting bank again. Throughout the breeding season, volunteers carry out weekly nest record checks to monitor their progress. From the moment the first twig is taken in to the bank, to the first egg being laid and first chicks hatching and fledging, every detail is recorded. 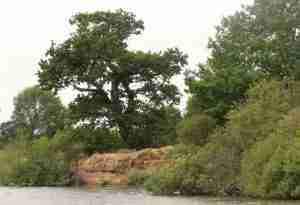 The data gathered has already provided us with a fascinating insight in to the Sand Martin’s nesting ecology – including early indications that some pairs may in fact raise three broods during their short stay in the UK.

At around a week old, each of the chicks is fitted with lightweight, uniquely numbered ring by members of the South Notts Bird Ringing Group. The information gathered by the ringing scheme enables us to learn more about the sand martin’s incredible migration journey, how long they live for, and indeed if any of the chicks return to visit us in subsequent years to start a family of their own.

Just four years since Attenborough’s ‘Sand Martin Hotel’ first opened its doors to visiting birds, staff at the Nature Reserve were delighted to announce the arrival of the nesting bank’s 1,000th chick.

With the early arrival of the birds this spring we are hoping for an extended breeding season and the biggest number of chicks raised to date. Why not pop over to Attenborough and enjoy some of the early signs of spring for yourself? You might even spot one of our sand martins.