Checking Out is so Hard to Do 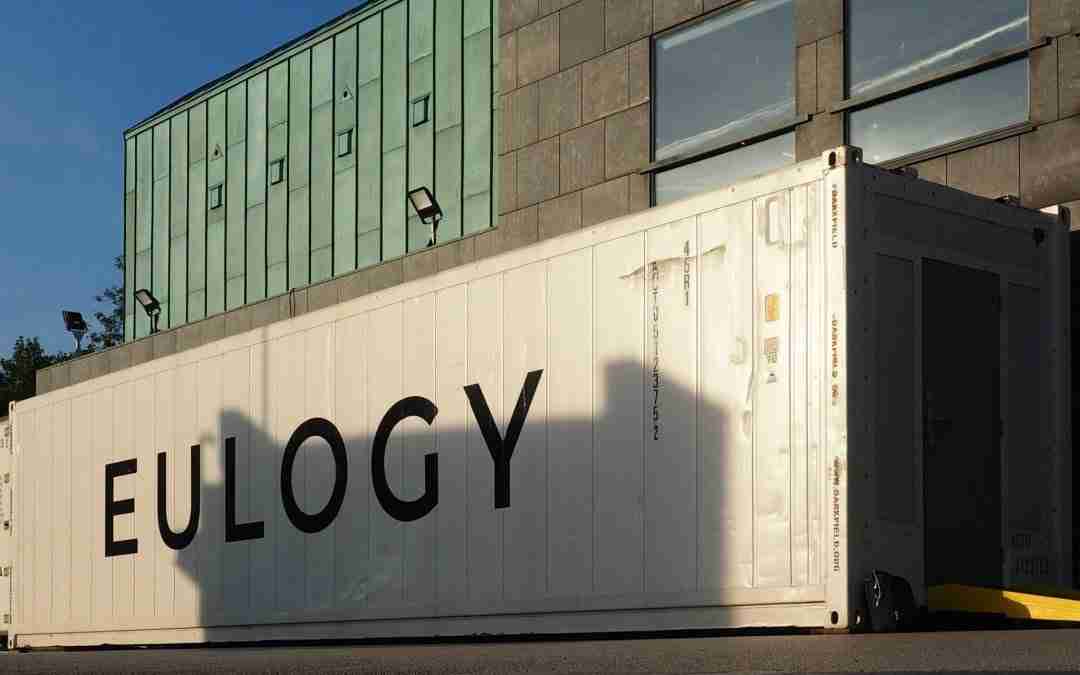 For those of you who are of a nervous disposition, you may remember just before the pandemic struck, a large shipping container appeared next to the Lakeside Arts Centre. It was for an aural experience called Flight. A 20 minute trip on a plane in total darkness, where you may or may not have ended up dead.

The group responsible for that, Darkfield.Org have returned with another submersive audio sensory show called Eulogy. This time you have booked into a hotel, rather than being on a plane, but the experience is just as disconcerting. Why are you there? Who is the strange companion who never leaves your side? These and many other questions may or may not be answered, as you sit in a laundry trolley, in complete darkness. I don’t know what Pantone colour they would call the blackness, but mushrooms would probably grow very well in it. 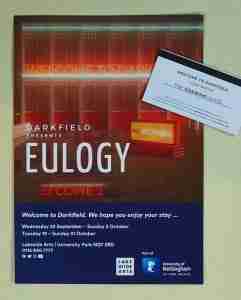 I caught up with Artistic Director Glen Neath, he and his team were making the final adjustments to the world premiere of this 35 minute experience and asked him about his latest creation. “This is our fourth show. Our last was Coma in 2019, where people laid down on beds”. “So, what was the idea behind the story?” “It’s a collective dream. You are all in this hotel, being pushed around from floor to floor, by your designated chaperone”.

“How long did it take you to create?” “We started during the first Lockdown, and continued building and recording the soundtrack during that period. We’ve used 300 tracks in the show”. Of course, I had to ask about the shipping container “It’s actually a refrigerated one. It came ready padded, which helps to keep out any external sounds”.

You listen to the soundscape through headphones. The sound is so accurate, that it could be in 3D. Your chaperone whispers in your ear. So close that you could almost smell their breath. My companion sounded so sensual, that I was disappointed she was only a voice, and not someone I could have a drink with. Other voices appear and disappear without warning. So too do other noises. I’m sure I added to the soundtrack, as I yelled out several times at loud noises behind, or at the side of me.  Time seems to stand still, as you move from floor to floor, down to the bowels of the hotel.

After it had finished, I emerged blinking into the daylight. Feeling like a mole who has just moved the last bit of earth before popping its nose out from the hole in the middle of a lawn. Slightly shaken by the experience. I feel like a blind man who has listened to The Shining, but without seeing the madness of Jack Nicholson’s acting.

If you want to experience this surreal, haunting event yourself, it’s on between 22 September & the 3rd of October, then 19th October to the 31st. During the gap, it will be situated on the South Bank in London, as part of the BFI London Film Festival.