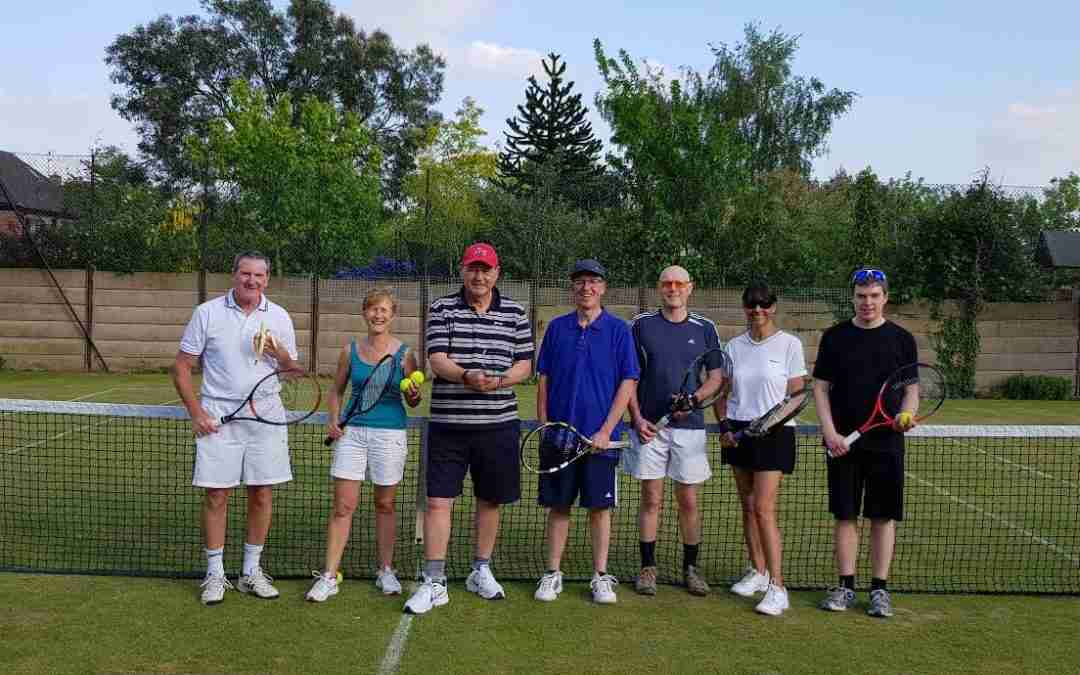 With the Nottingham Open and Wimbledon coming up, I decided to have a look to see if there were any local tennis clubs in the area.

I came across Chilwell Tennis Club, hidden away behind the Chilwell Memorial Hall, it may seem that they are only for an exclusive group of people, but I realised straight away that they were desperate for this to not be the case.

“I found out about this place a few years ago,” said Chris Clift, Secretary of the tennis club at Chilwell Memorial Hall.

“I’ve always wanted see what was going on behind the hall and I noticed that they were playing tennis. I met with Colin Bradford, a great tennis player and long-standing member and I’ve been here ever since.

“You could say that we are, unintentionally, the best kept secret in Chilwell and Beeston, because people don’t even know that we’re here. Part of my job is to raise our profile because we do need more members.

“To try and get more members we asked our local residents through questionnaires and from speaking to them, what they wanted from this space.”

“The first piece of advice we took on board was to get in touch with the local school, to see if they would be interested in using this for coaching and they said yes.

“That obviously got parents interested and we started running Saturday morning sessions as well as the schools coaching on Thursday mornings. Those two initiatives have really raised our profile.”

The work that Chris has put into the club has seen him pick up an award for his efforts, although he insists that the award is for the efforts of everyone at the club.

“I was very proud to receive an award on behalf of the club.

“The Nottinghamshire LTA (Lawn Tennis Association) asked everyone to nominate people in various categories and one of the categories was volunteer of the year.

“Unknown to me, the sports development officer for Nottingham at the time put my name forward and it was a total shock when I got the phone call saying that I’ve been nominated and that I’ve won it.

The LTA Nottinghamshire Volunteer of the Year award given to club secretary, Chris Clift

“I went to pick up the award at Meadow Lane in February, receiving the award from Tony Pickard who used to be Stefan Edberg’s coach. It was a great moment, but I am very much a club member who accepted the award on behalf of the club because we’ve all worked hard.”

Another hard-working volunteer at the club, is treasurer Pete Whitehouse who has been involved at the club for a decade in which there have been some tough times.

“We have a policy where if we get less than 20 members in one year then we are supposed to close.  One year when it was really bad, we had 21 members.

“Since then we’ve changed things around a bit. We’ve set up social media accounts and a website. We also went on a leaflet drive, and that got quite a few new members.”

Oliver Adams, 24, has only recently joined the club, but he enjoys the chance to play tennis and meet new people.

“I casually play tennis with my brother, but I enjoy playing at a club because it’s more structed, and you get to meet new people.

“I’ve always loved watching tennis as well. I started watching in around 2003/2004 when Tim Henman was playing, and then I got into watching Roger Federer and Andy Murray.”

Bridget Scott is in her 60s and has been living in Chilwell for the past two years, and like Oliver she enjoys the social benefits of playing at the club.

“I’ve been playing since I was 15, I never played matches though. I prefer the social side of things.

“I used to play tennis down in Kent quite a lot and when I moved here I wanted to join a club, so when I saw a notice on the door I decided to come along.”

“I really enjoy the people here, they’re great. If you make a mistake, they never make you feel rubbish. It’s a lovely environment.”

Tennis is not the only activity available at the Chilwell Memorial Hall. Regular activities include dance classes for all ages and styles, Zumba and line dancing, fitness classes, as well as indoor bowls, table tennis and badminton. There is also a snooker table for those interested in snooker.

All new club members can get a 25% discount by quoting ‘Beestonian’.

To find out more information about the club, visit: https://clubspark.lta.org.uk/ChilwellMemorialInstituteLawnTennisClub