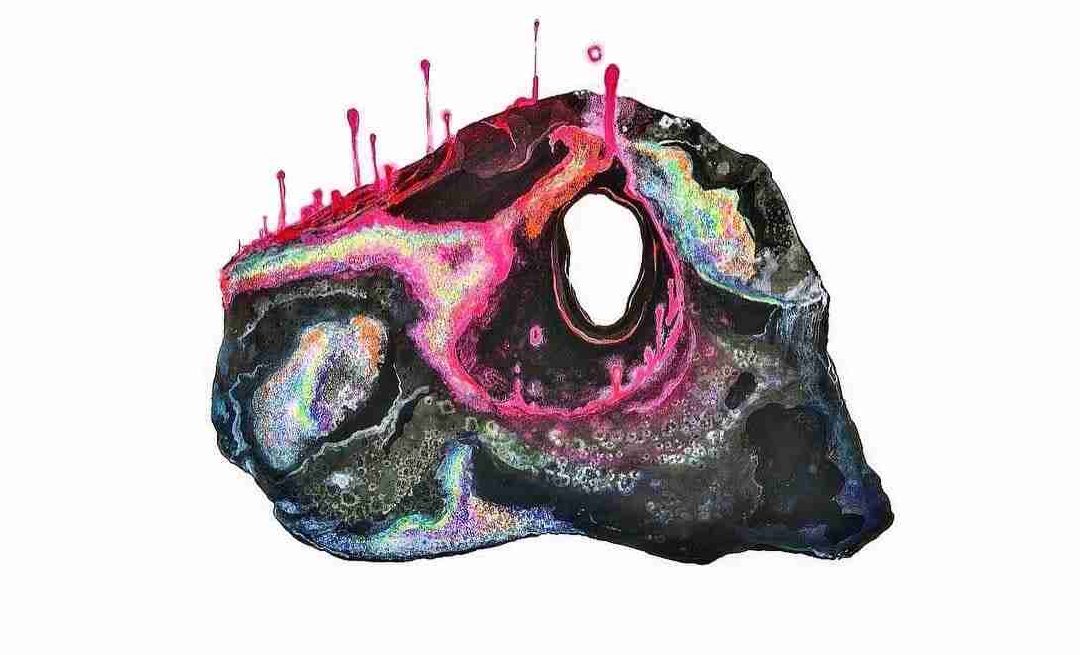 There’s seems to be so much happenening creatively, around and about our culturally diverse town – it’s becoming a challenge to keep up! Luckily, we Beestonian writers have our radar poised and ready to capture what we can. I caught sight of one new project that delights equally with words and pictures. Friends of The Beestonian Georgina Wilding, who was a special guest at the 2017 Buzzword: A Poem for Beeston prizegiving ceremony on the same day that she had been appointed Nottingham’s Young Poet Laureate, and Emily Catherine, the artist who adorned a wall at Roundhill School with one of her original pieces of artwork during the momentous 2018 Street Art Festival, are about to launch their creative collaboraton.

I have been watching the project with interest since being captivated by Emily’s vivid illustration for the front cover, and am intuiged to discover the poetry collection behind the spritual title – Hag Stone. Hailed by 2019’s T.S. Eliot prizewinner writer Roger Robinson as a ‘quiet insight of the ordinary into something extraordinary’ it looks like becoming a treasured addtion to any poetry collectors bookshelf.

I was fortunate enough to catch these talented women with enough spare time to provide me with a little background on how this collaboration unfolded.

Georgina: I’m incredibly lucky to be able to call Emily my best friend, and have had the privilege of watching her create amazing work for years. I’ve seen her do hand painted album covers for American rappers, spray huge graffiti/street art installations, make delicate cards, canvas’ that pay tribute to pop-cult figures all with that signature Emily twist. Her skillset is so versatile and she knows how to take a brief and make it something special. When I found out I’d been accepted for publication at Verve I immediately asked her if she’d work on the cover with me.

Emily: We were lucky enough to launch our businesses at the same time. I was very privileged to discover that Georgina’s world of poetry was the same and different in so many ways. So I got to journey with her, understand her creative process, and her incredible talent. She has an unmatched style, transportational and yet grounded, I am proud to say that I am not only her friend, but a fan. I’ve read the collection of poems in the book in every iteration and seen them change and grow, so when George asked me to work on the cover, I knew I had to try hard to match her hard work and spirit of the collection…not an easy feat!

Georgina: Once we realised the book would be titled Hag Stone, it made sense that the cover should show a hag stone somehow. The challenge was that people either knew exactly what hag stones are and do, or they’ve never heard of them before, so we needed to find a way to cater to both audiences. At the beginning i’d suggested something like a realistic sketch of a hag stone but with neon colours sort of acting as a magic glow at the edges. I drew a little example on my phone so we had a spring board and then Emily, the firework that she is, took the idea and blew it up to the bedazzling hag stone you see today!

Emily: If there is one thing people must learn about George as a person, it’s that she has vision. She knows what she wants and when it feels right, it was the same with the illustrations I did for her publishing house Mud Press. That’s why I ran with the initial idea of the stone itself becoming even more magical than it already is. I’d recently started to experiment with painting using raw pigment I’d hand mixed with a sizing medium, and I’d also been exploring portraying interstellar antimatter. It made sense that with so much biological science grounding the magic in her poems, I should use my recent experimentation to match that with an outer space, otherworldly Hawkings-esque twist. It could have not made sense though, without representing the naturalism in her poetry too, so I suggested painting it with watercolour and salt creating a complimentary organic texture. She immediately liked the idea so I went with it.

Georgina: I really love the iridescent pools of colour in the wells of the stone and the pink fizzes of anti-matter shooting upwards. The original painting is framed and up on the wall of my living room and when you look closely, you can see the bumpy salt in the stone, it looks so realistic that you want to touch it. I think if you didn’t know what a hag stone was or how they work, you’d see this cover and know it’s a magic stone at the very least. The book goes on to become a hag stone that readers use to peer through and examine the stories being told inside, and Emily’s made it such a delicious image that I think people will want their own iridescent hag stones after this!

It’s clear that this collaboration produced something magical.If you would like to see for yourself then why not pop along to the launch party at Nonsuch Studios on Saturday 14th May at 7pm.

Info:
– Pre-order the book at: https://vervepoetrypress.com/product/georgina-wilding-hag-stone-pre-order-free-uk-pp-due-may-22/?v=79cba1185463

– Tickets to the launch party at: https://wearenonsuch.com/portfolio/hagstone/

– More info on Georgina and her work at www.georginawildingpoet.co.uk 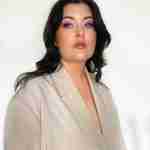 Georgina Wilding is the former Nottingham Young Poet Laureate and 2019-2021’s Creative Director of Nottingham Poetry Festival. She has performed both nationally and internationally at events such as the Edinburgh Fringe Festival and International Poetry Day Granada, and has been commissioned to write for organisations such as The BBC, The Poetry Takeaway and The Royal Shakespeare Company. She’s been published by journals such as The Rialto and Kontent (KRK) and celebrates the launch of her debut collection, Hag Stone, out with Verve Poetry Press in May this year. 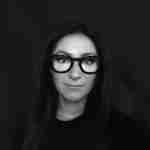 Emily Catherine is a freelance artist and illustrator living and working in Nottingham. Over the past few years, through hard work and dedication she has become a stalwart member of the artistic community in her hometown and has established herself firmly in the “One to watch” category.She has had her works published worldwide, exhibited in The Design Museum, London and New Art Exchange, Nottingham along with winning awards for her recent Psychopomps series at the NAE Open.

Emily’s work is heavily influenced by Hip-Hop and urban culture, observations of everyday life and art for social justice. She has been commissioned to create album artwork for Your Old Droog and Micall Parknsun and among her other clients there are names such as Pharoahe Monch, Penguin Books, FerArts and Sway Dasafo.