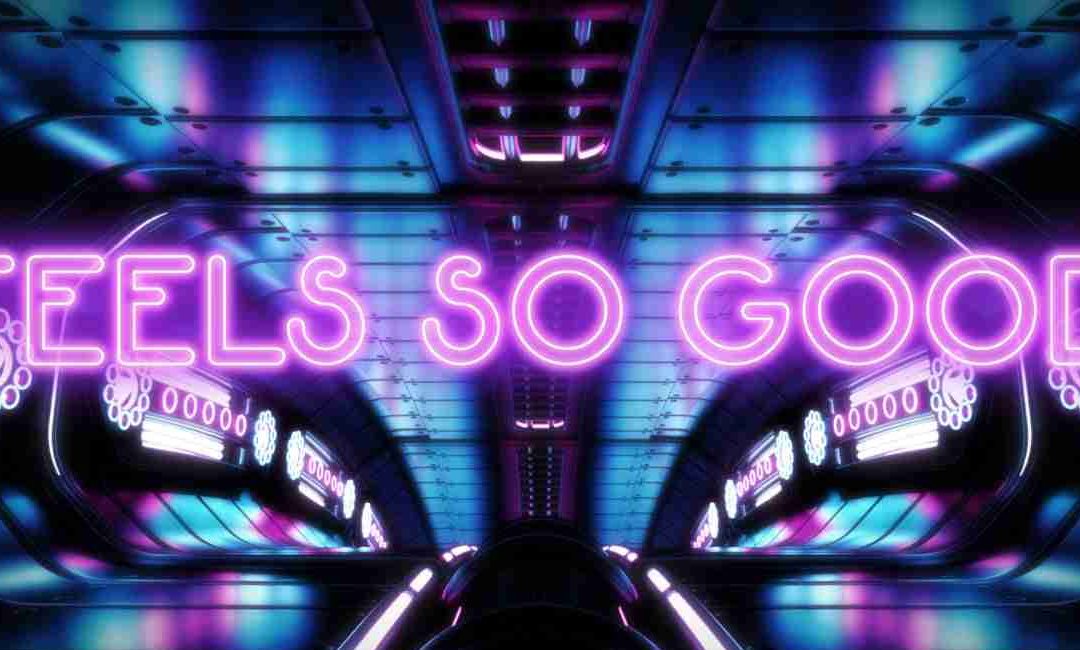 A new look magazine and a new season are both on the horizon as I write this article, and this feels brilliant! The arrival of spring is a great spirit lifter and so is hanging out with the talented people of Beeston to learn about what inspires them and drives them to create. I have known Joe Johnson for years as a friend, so it was refreshing to reflect on his passion for creating beautiful things as an antidote to the mundanity of life.

In 2019 Joe created a music video for Ocata Records that could easily be described as just over four minutes of visual bliss. I am instantly immersed in a soothing neon infused glow that entices me to slip out of the week and into a virtual cool blue sunset. A smooth rollercoaster ride, my heartbeat slows in time with the heart-centred flowers that pulse intermittently on the side walls, descending further into the fantasy. A euphoric rush of fluorescent pink words remind me to ‘feel so good’ and the seductive journey continues, gently tilting and turning and accompanied by sensual sax and vocals. The beaming down of a luminous dancing figure is the only interruption in this reverie before I slow to a stop, feeling a whole lot more zen than I was before. 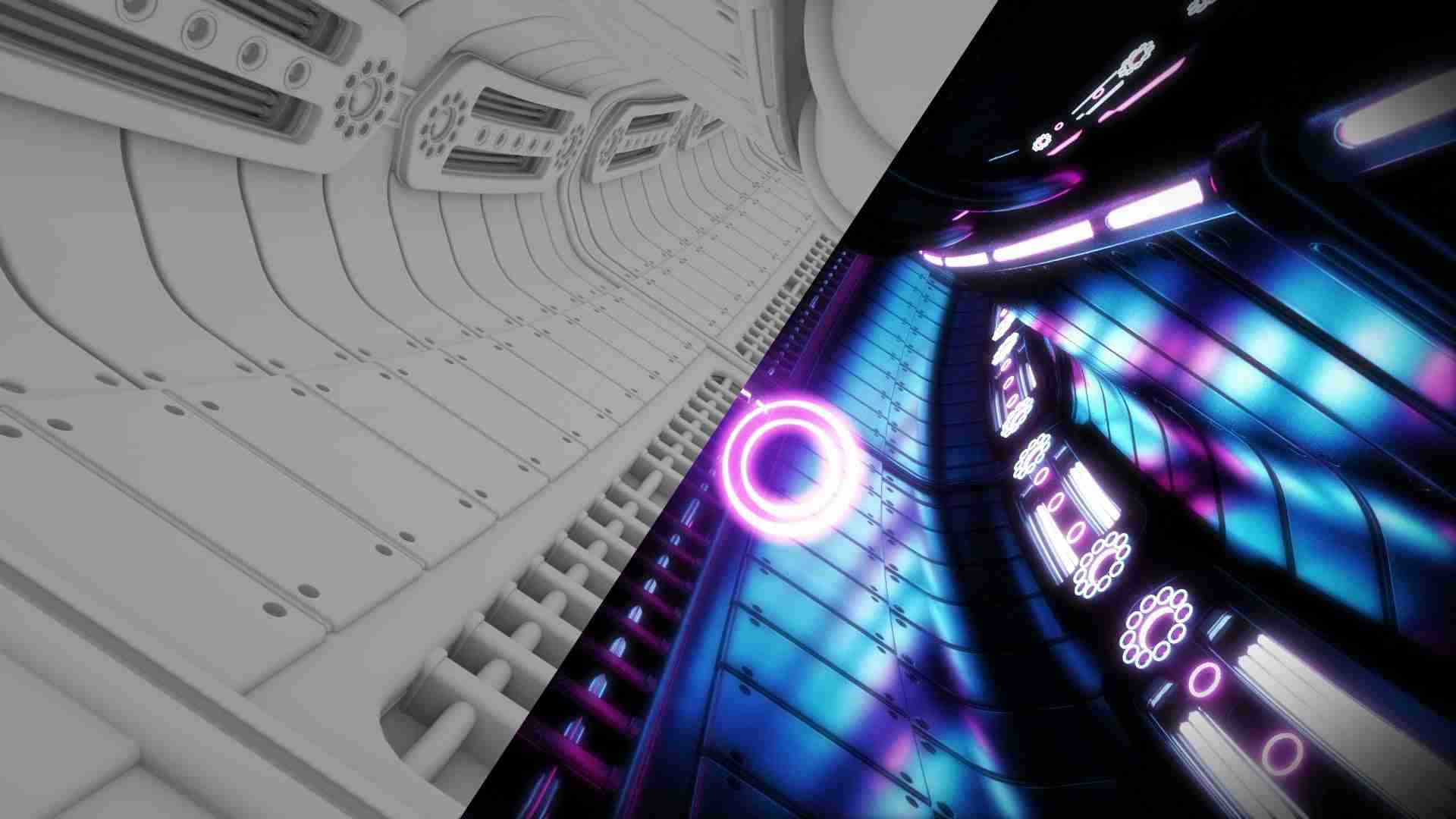 This particular piece of work was nominated for ‘best music video’ at the Nexus Film Awards in 2019, but his favourite piece was created two years previously. Genesis possesses the same oscillating glow seen in Feel so Good but is a much more chilling visual. A nuclear reactor rotating on its axis. Joe is particularly proud of this twenty-two second animation as it was the first full 3D animation that he completed from start to finish and set the foundations for his current style and workflow. He tells me it took two and a half weeks to render, with his PC running twenty-four hours a day, such was the desire to complete it.

Joe describes the whole process of creating 3D animation “like climbing a ladder which is entwined in barbed wire and covered in oil while on fire. Any mistakes are harshly punished later along the process causing whole sections to be redone.” He tells me that the software was prone to crashing which ended in hours of lost work. But it’s also hugely addictive, and massively rewarding upon completion. The ability to create anything with the only limitation being the power of his current PC. The end result is most definitely worth it. Joe walks my novice mind through the steps he takes to create his finished pieces, delicious eye-candy from a brilliant mind. 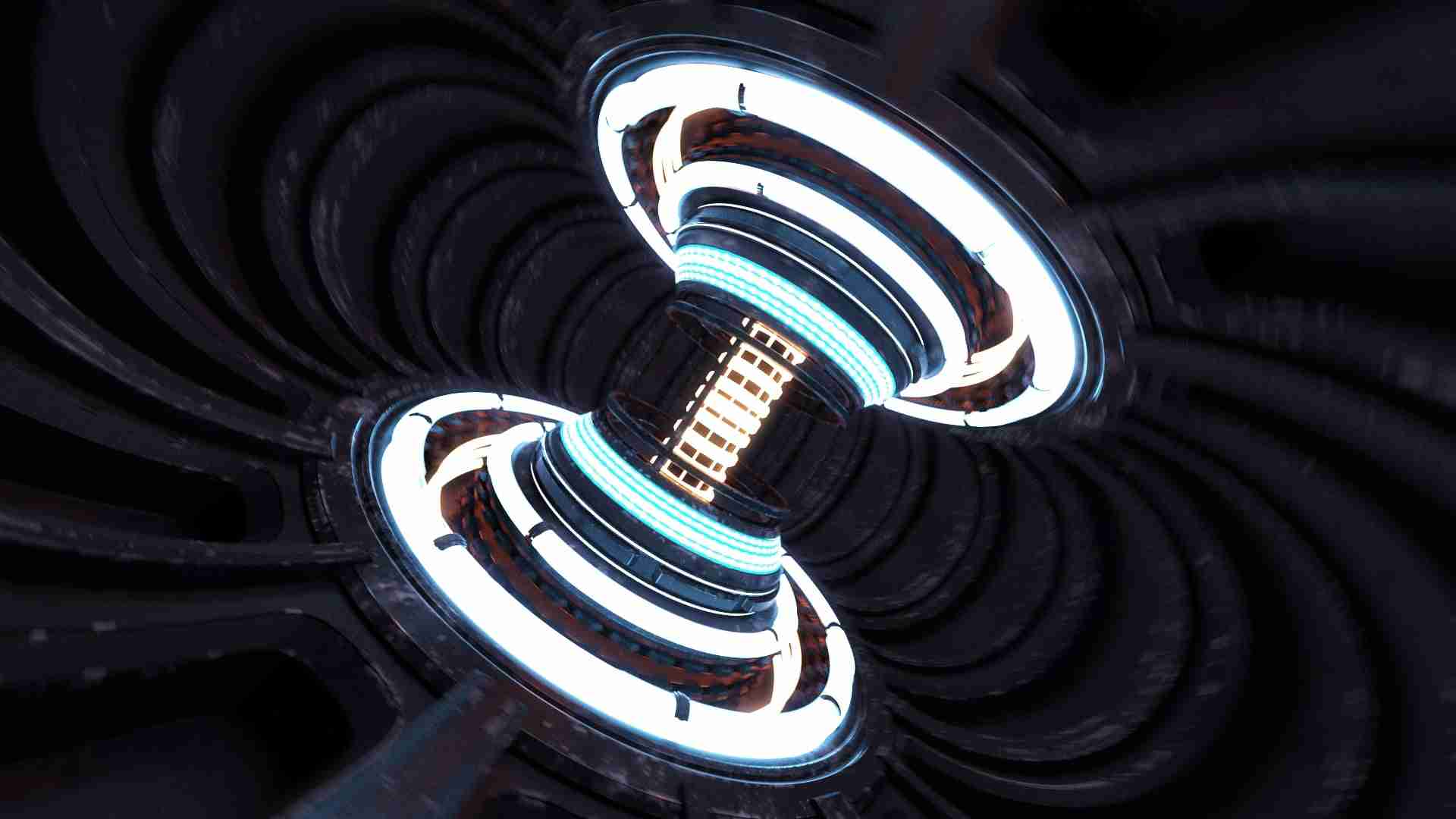 First come the ideas, based on the brief or just something that he can’t get out his head. He enjoys idea generation, research, building the storyline, creating the narrative, creating, mapping and texturing the individual models, constructing the scene, creating the lighting and setting up the cameras – it’s actually a full studio setup just digitally. He renders the scenes which he says is a quite a lengthy process (5-20 minutes per frame at 30 frames per second). This doesn’t always go to plan so multiple tests are done beforehand to eliminate any issues (rendering things more than once is soul destroying) and Joe is looking at new ways to render things in real time. Objects are rendered frame by frame, similar to traditional animation, and all the layers are split to help with the next step in this ‘crazy process.’ He then composites everything in post-production software (After Effects), adding any effects and colour corrections to bring the piece to life.

A self-confessed perfectionist, Joe tells me he works best when he is allowed time and space to get into his zone. His inspiration comes from his visual love of all things 80s, the vibrant colours, the lavish lifestyles and everything seemed to glow, citing Hong Kong neon skylines as one of the influences on his work along with sci-fi films from this era. 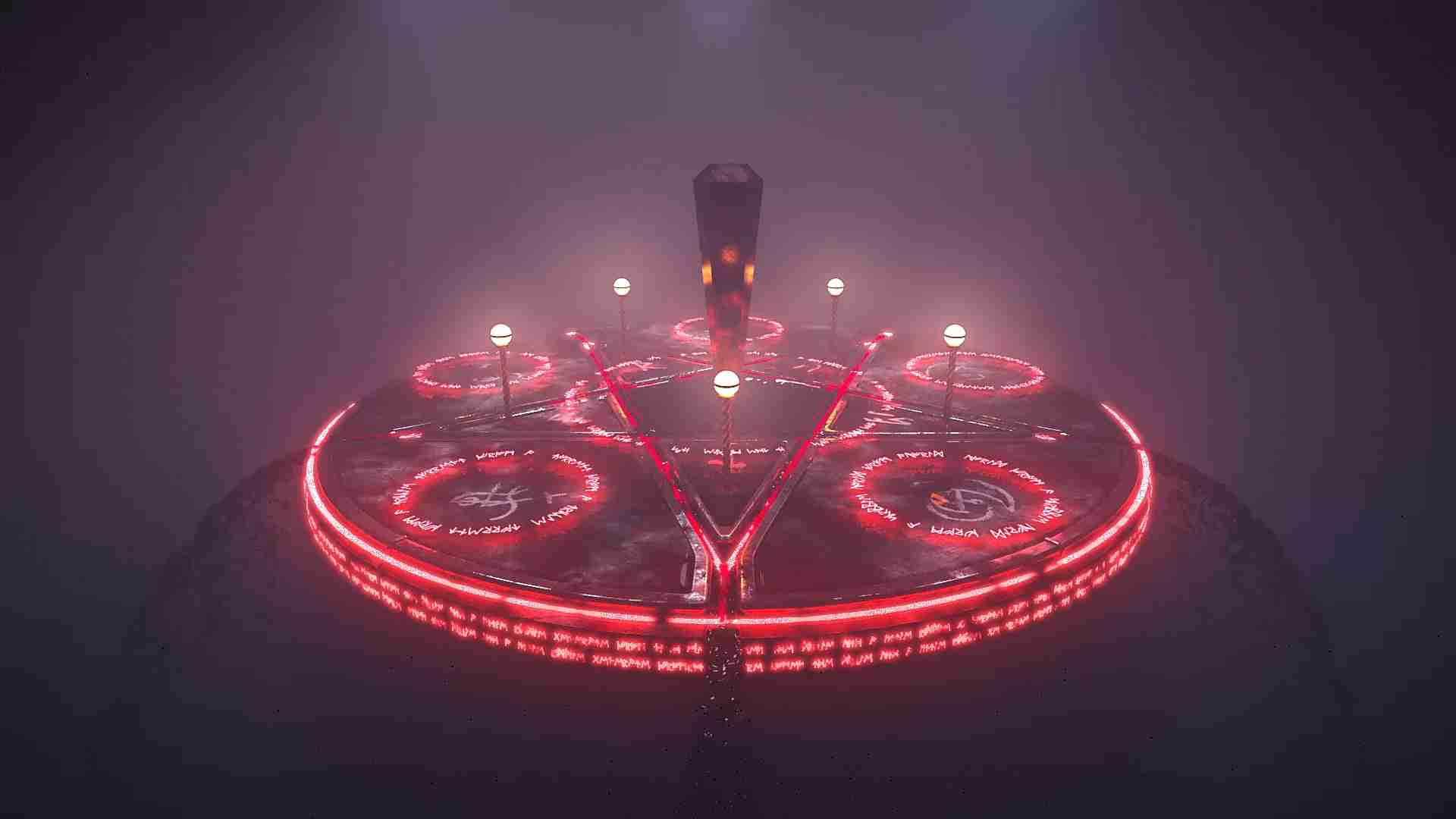 There were signs from a young age that Joe would develop an interest in building imaginary worlds. Lego and K’nex featured heavily in his early life, as did an obsession with computer games and 80s Anime. There is evidence of ethereal glow in some of his work reminiscent of the latter. He wanted to “look at the world like it was The Matrix and see everything.” And although he originally went to college to pursue a Diploma in Engineering, he was quick to realise that his interest lay in the spectacle rather than the practical. He wanted to expand his knowledge of the 3D software he was using and find out what more it could do.

After completing his Diploma Joe took a year out to hone his craft before applying to NTU to enrol on the Digital Media Design degree course. He downloaded 3DS Max, After Effects, The Trapcode Suite and Element 3D, and other related programs, then subsequently spent a fruitful twelve months learning them all. He thought he could easily create better animations than the ones he had already seen however quickly realised that it wasn’t quite so simple. Joe quickly discovered how many hours it would take in reality – one thing alone can take 10,000 hours to master. 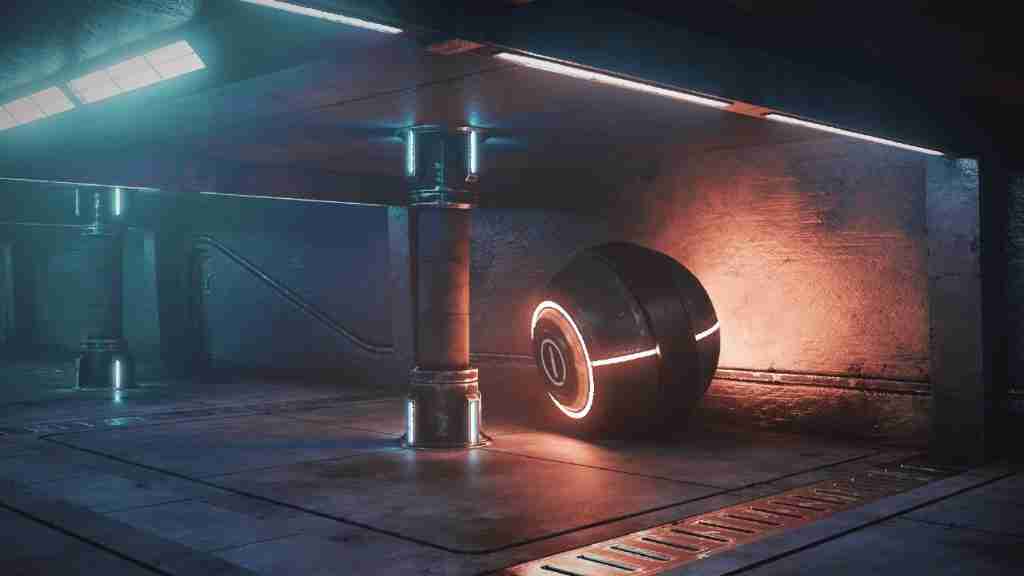 He describes the initial ‘wave of awesomeness’ when new skills are acquired then the ‘pit of despair’ when it feels as though you are crawling instead of racing towards the ultimate goal of ‘mastery.’ Once this is accepted, progress can be made towards perfecting your art. Part of the NTU application process was to submit two test pieces, examples of what he could create – they were exemplary. He shows me a short video of an fully modelled iPhone 5s materialising on the screen, neon green circles circumnavigate it as it appears, switches itself on and displays a functioning home screen. It’s impressive work, and strangely hypnotic.

Joe tells me that the course was all encompassing. He worked for eighteen hours a day and a lot of work had to be done at home. One major benefit was meeting his best friend Atif who is incredibly supportive and with whom he chats with every day. He describes a healthy rivalry between them at University, that encouraged them to achieve their best. He established The Dizzle in his final year of university ( 2016/2017) also switching from 3DS Max to Maya at this time, which is the software he continues to use. 2018 – 2020 were excellent years for Joe. Despite a huge confidence knock, by way of big projects not materialising just prior to the first lockdown and tidal wave that was the pandemic, he is feeling positive about the future. 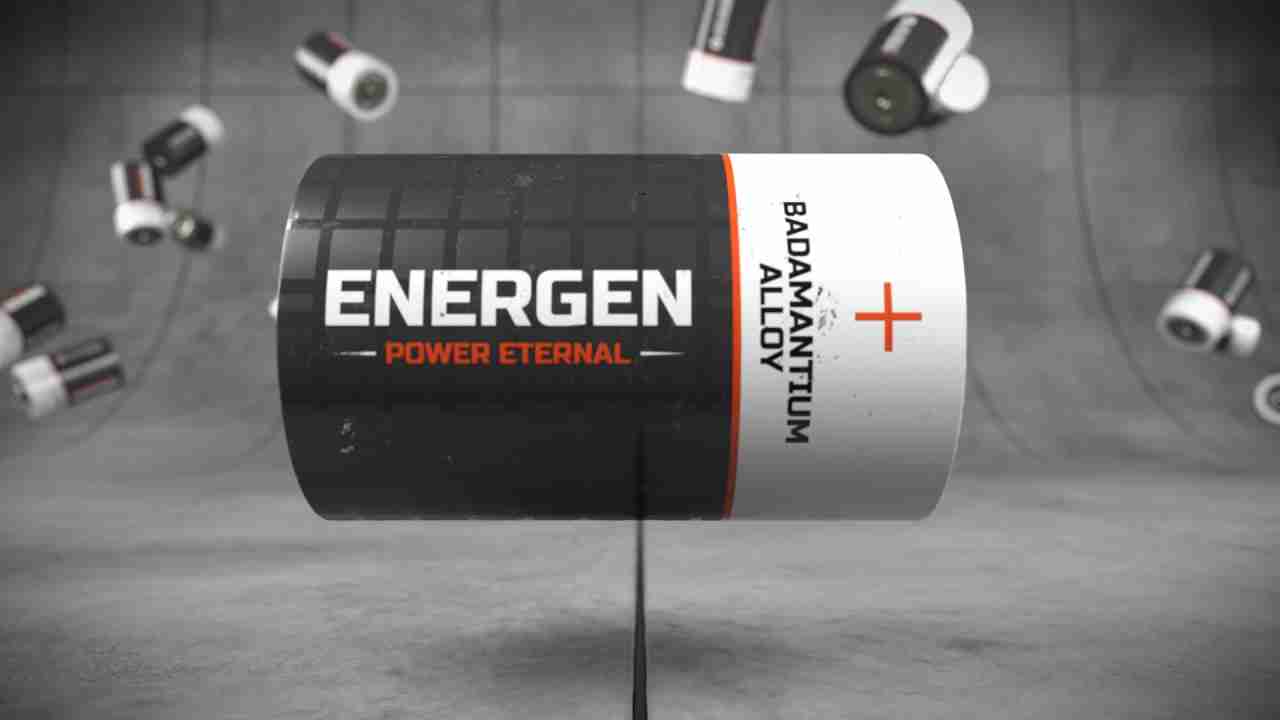 Joe retains strong relationships with past clients and continues to work with Freedom Factory, Ocata Records and The TIRED Movement. You can see more examples of his amazing animations via the links below.

The Dizzle – The Dizzle
https://www.instagram.com/3dizzle3d/?hl=en