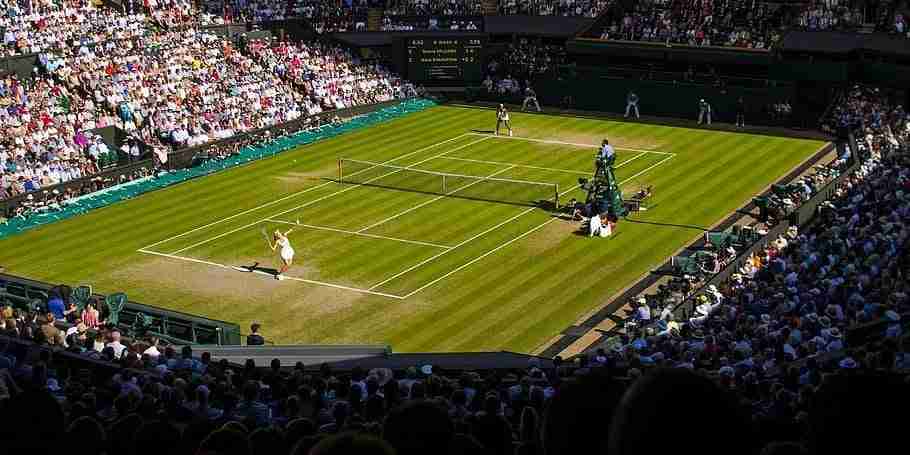 I shouldn’t be writing this. I should, right now, be sitting in front of the telly with a glass of red booze, watching as men and women in Persil-bright white clothes whack a ball over a net while grunting.

Alas, another casualty of the virus is Wimbledon, that late June, early July distraction that sees Sue Barker and some former, gone-to-seed players try and keep viewers rapt at scenes of hurtling rain and disgruntled punters scowling under posh brollies.

Not this year. No French open, no US Open, no Queens, not even our own little Open over at the tennis centre that straddles the Beeston/Nottingham border. And with it, no crowding at municipal tennis courts.

It’s a familiar thing each year that coincides with the first strawberry served at Wimbledon: people dig out their dusty rackets, roll a wristband on and hit the courts that pepper the area: the ones on the Uni, the ones at Priory Island. Chilwell, Town Street in Bramcote. Perhaps, for the more committed, the excellent facilities of the two local tennis clubs in Chilwell and Attenborough.

Despite this, Beeston itself does not have a single court – or so many thought, and would have continued to think if those great folk down at Beeston FC hadn’t uncovered one beneath a thick woody blanket of ivy and bramble.

Beneath this overgrown mat, a fine, well surfaced and clearly marked court lurked, and when revealed was found to be usable. However, a net is fairly essential to play, and a little research by the team discovered the manufacturer of the correct one to fit the posts snugly.

There is still much to do in getting it ready for the future Federers and neo-Novaks amongst us, but for Beestonians the loss of watching the British seeds crash out in the first round down in North London is more than mitigated by the Rylands getting its own court. Game, set and match Beeston!