Gossip from the Hivemind: May 2016 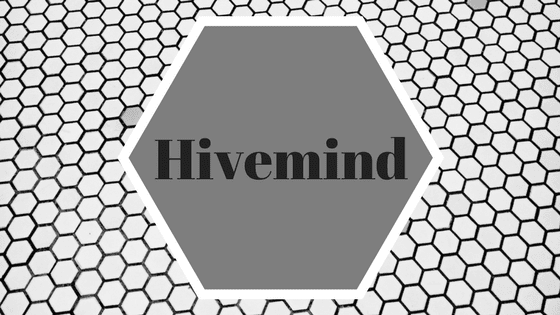 Early reports of late eighties kids-tv hero Pob roaming the streets of Beeston were found to be a case of mistaken identity, as confirmation came in that actually it was Michael Gove. The queen-conversation snitch was at Boots to talk about why leaving the EU will automatically gift everyone in the UK a billion pounds, some chocolate and three kittens. Using Boots, whose history of tax-avoidance has been reported in this publication over the years, and who recently were found to be exploiting the NHS for profit was probably not the best choice. Or maybe it was perfect.

Spotted heartily applauding was erstwhile used car salesman and current head of Broxtowe Borough Council Richard Jackson. After recently failing to abolish Broxtowe Borough Council, now he has the eye on the EU. As his boss Anna Soubry MP is a staunch pro-European, we can only imagine the icy atmosphere on a Friday night down the Conservative Club

Inside this issue, our new editor Christian met with the guy behind the ‘unsafe cycle lane’ graffiti along the tram route. Not wanting to be outdone, the council threw some new paint of their own down. Now, the unsafe utterly baffling routes are a deep red colour. Not at all helpful, but it does a great job of disguising the blood from accidents

Being a mischievous bunch, we weren’t going to let April 1st pass without a prank on our Facebook page. So we led with a hoax claiming that the Chilwell army base had been bought by Donald Trump, who planned to build a leisure resort there. Oh how we laughed. And then someone pointed out we totally missed the obvious joke that it could have been bought by the outgoing president and renamed “Chetwyn Baracks Obama”. We kicked ourselves

Huge congrats to local film legend Shane Meadows, who picked up another BAFTA late last month to further decorate his crowded mantelpiece. We recall when filming Beestonia: The Movie (YouTube it kids!), we bumped into him on Chilwell Road. “Can we grab a photo of you, if that’s ok?” we asked. “If you’re filming, I’ll be in it” said the guy behind Dead Man’s Shoes and This is England. A quick script change later, and we found ourselves directing our favourite director. Not only a massive talent, but a damn fine chap as well