The Heart of our Heritage 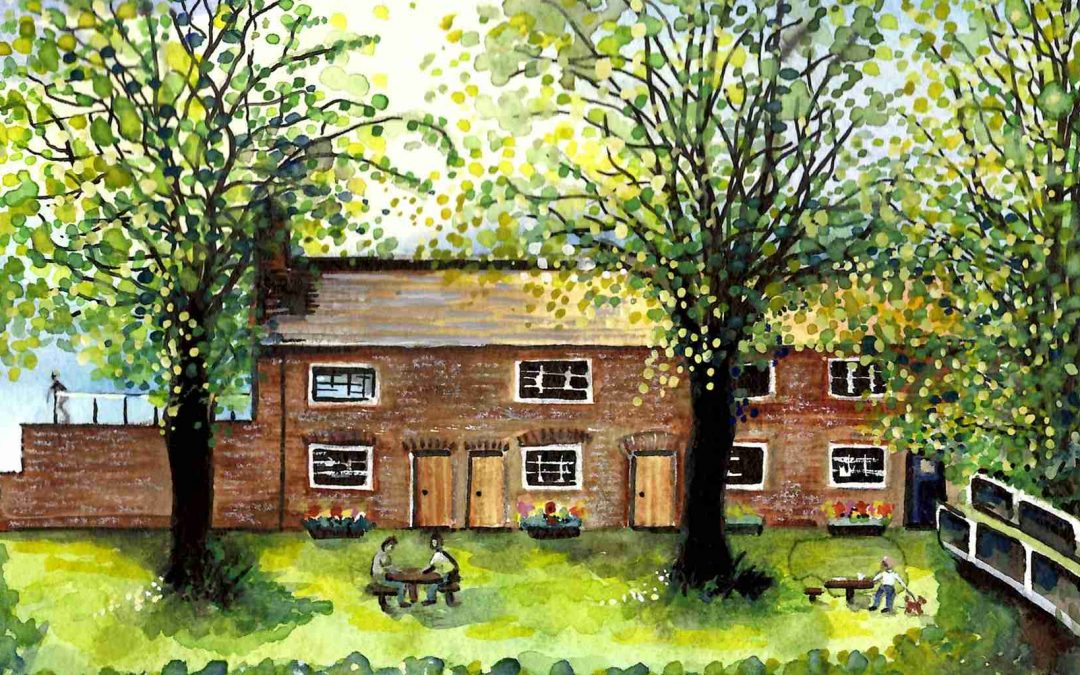 Beeston’s Canalside Heritage Centre opened its doors and gardens to the public on June 24th 2017. After almost a decade of planning, local man Stewart Craven finally realised his dream to faithfully restore historically important buildings in the Rylands – the former lock keeper’s cottages at Beeston Weir. Fellow Rylander and community columnist for The Beestonian Janet Barnes was there from the start and gave us her close perspective on how the Canalside Heritage Centre came to be the award winning rich community hub it is today.

Janet met Stuart when he passed by her canal side house and they got chatting, as folk in the Rylands often do. Also an artist he spoke about the Rylands as being ‘the bohemian left-bank of Beeston’ and created a Canal Side Art sign for Janet in the Roses and Castles style he is well known for. An impassioned local of many years, living on a narrowboat at the time, Stuart also shared his vision for renovating the canal workers cottages that had stood since 1796 as some of the first buildings in the area. 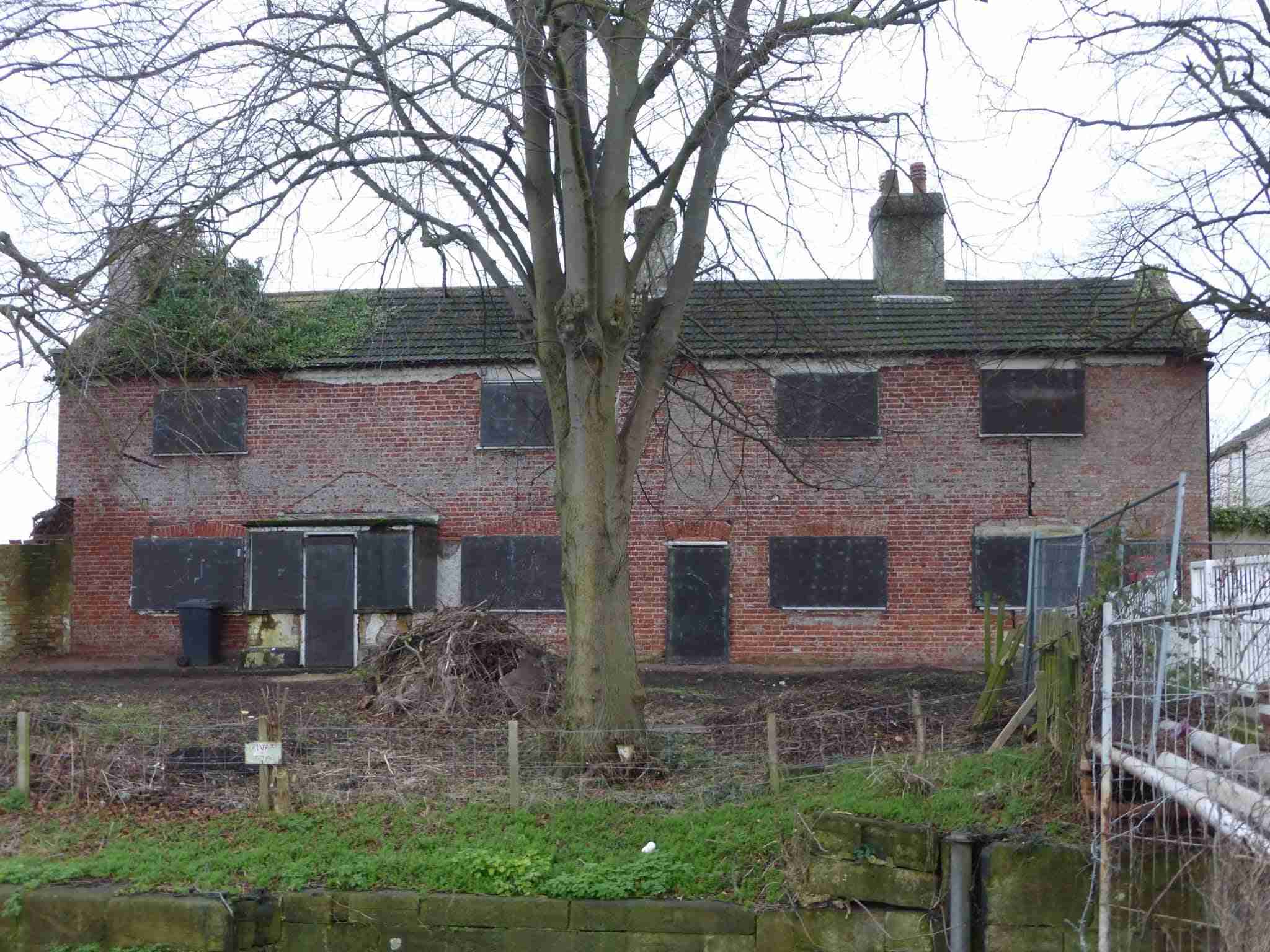 He called a public meeting in 2013, and his sheer drive and determination drew together a dedicated team, of volunteers. Some people find change hard to adapt to, and there were some local concerns, nevertheless he knew it was important to generate new ideas for the derelict buildings in order to preserve their future. Stoically he stuck to his plans and after many hours of chipping bricks and rebuilding the crumbling two hundred year old shell. Every part of the site was renovated, volunteers bringing a wealth of skills and enthusiasm for the project and a committee of trustees was formed to drive things forward.

One of the trustees Juliet Sunderland was instrumental in early fundraising initiatives but then the turning point was when the centre gained Heritage Lottery Funding and allowed the employment of key people needed to run it, as well as money to finish the decoration. It was always intended that the centre would retain much of its original features to keep the restoration authentic and in keeping with its natural surroundings. Rylands resident and landscape architect Chrissy Tansley volunteered her expert services in designing the gardens and it shows. Beautifully managed by a team of volunteers the varying heights and colours chosen for the planting create a restful space within the walled garden. Janet talks about how those gardens proved invaluable to people before and during lockdown, the presence of the walls ensuring an enclosed place of safety and contemplation. Janet found her beekeeping duties extremely therapeutic during those early days. 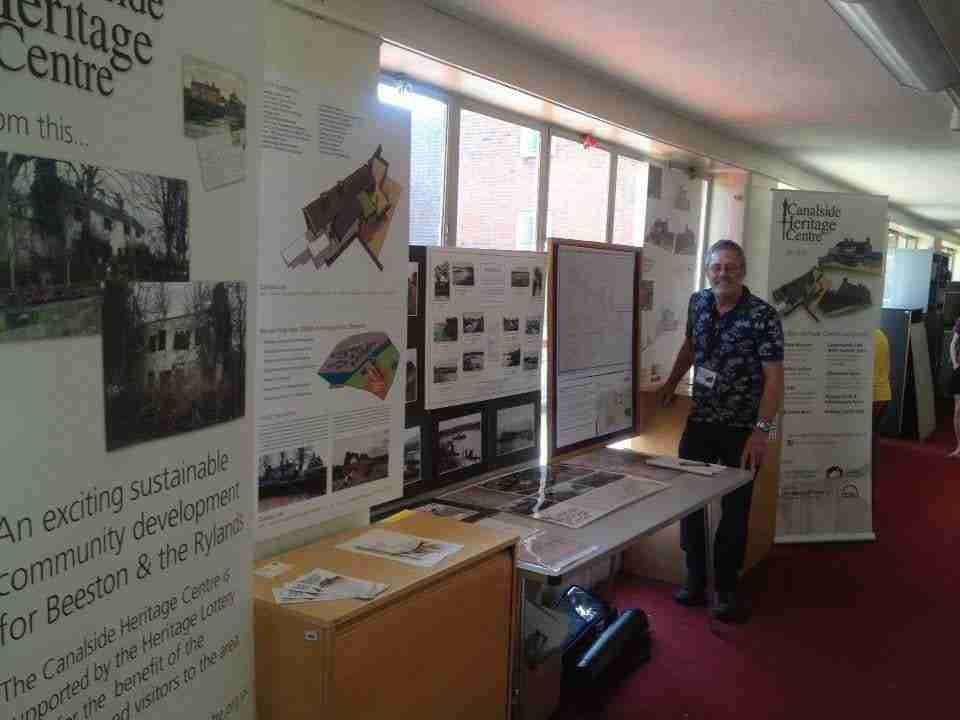 Opening day was amazingly frantic! Janet recalls pegging down green carpet over the bare earth of the newly dug over garden and painting the wrought iron furniture minutes before people were due to arrive. One special moment was the unveiling of the sculpture dedicated to local girl Annie who had sadly drowned in the canal when she was just eight years old. She and her sister Alice had lived in a narrowboat close to the cottages so it was particularly poignant that she was there. Janet had been recording local people’s historical accounts of the area and was particularly touched by Alice’s story of sister’s untimely death. She put a call out for a local artists to create a memorial piece and through a contact Principal Lecturer for History, Heritage and Global Cultures at NTU Duncan Grewcock, she was introduced to fine artist and lecturer James Gant who was commissioned to make it. It is breathtakingly beautiful.

Among the first people to step over the threshold of the restored building were former residents who had left the cottages empty in 1996, they were amazed at how their old bedrooms had been transformed into exhibition and events spaces.

The official opening was superseded by a number of publicity events and showcased a range of heritage crafts. Janet reveals a hair-raising moment at ‘Carols by the Canal’ was hugely popular and during which it became apparent that there were “too many people on the bridge!” The organisers were overwhelmed by the response and amused by trying to sell raffle tickets in the dark and Jim on Whirly Gig setting off a rogue firework which caused a bit of consternation among the local dog owners. 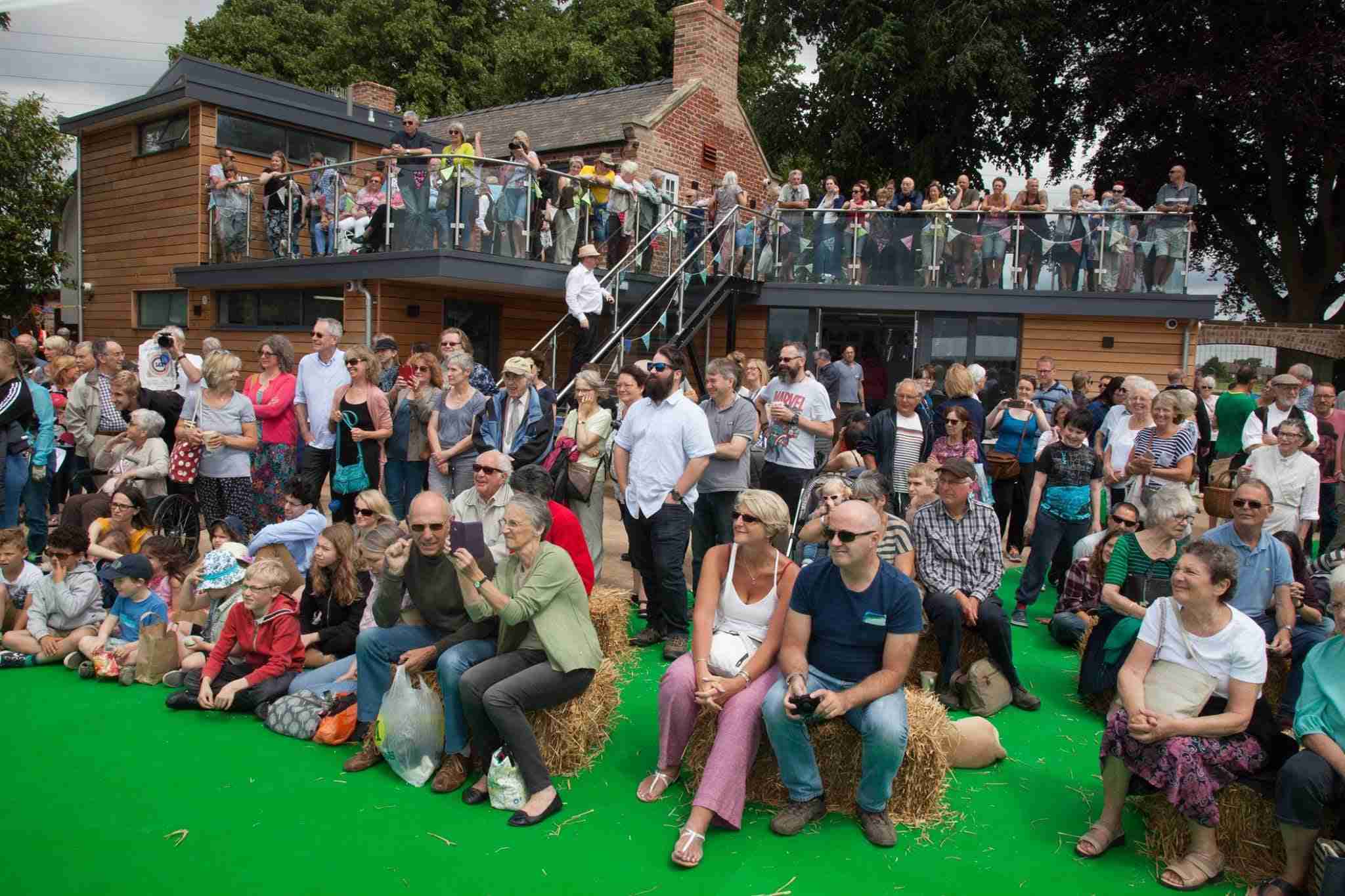 Although it took a while for some people to understand the community significance of the place, Canalside Heritage Centre has definitely become a cultural space that the Rylanders are proud of – they feel it is theirs. There are so many local people tied in with its history it seems fitting that it should serve its community so well through employment and opportunities to interact with the centre. From the tearooms to the life drawing classes, the shop and walking tours, people are encouraged to visit and get involved.

CHC is managed by Nicola as centre management and Michael as the events co-ordinator and continues to support the work of local musicians, artists, crafters and photographers with regular exhibitions and events and even sells honey produced by bees on site! Local printmaker Helen Bulmer schedules the volunteers and ensures there is a continual selection of  local artists work on display in the tearooms, enjoyed by the many visitors who are attracted by the hot food and homemade cake selection.

What’s not to love