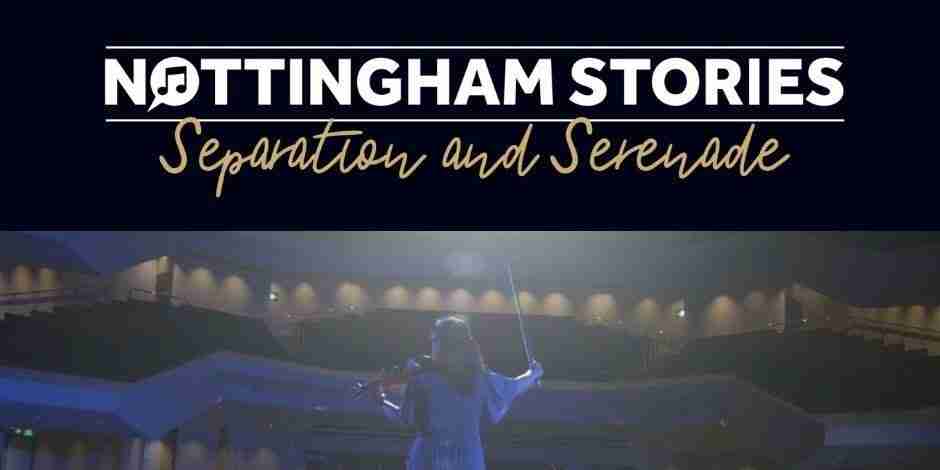 We are, as this and every previous issue will attest to, a wildly creative town. Artists, musicians, crafters, writers et al keep kicking out staggeringly super work which we happily try and inform you of.

A global pandemic and fundamental shift in how the world works isn’t a reason for despair, it’s a chance to innovate. Say hello to Nottingham Stories: Separation and Serenade.

When she realised that the third annual Nottingham Chamber Music Festival was not going to be going ahead due to lockdown, the festival’s director Beestonian violist Carmen Flores didn’t just retire her instrument and bow while it went on. She instead picked up the phone and rang a local professional filmmaker, Tim Bassford of Turbine Creative. Together, they cooked up a brilliant idea.

Like the best ideas, it’s startlingly simple. They would visit a well-known Nottingham building, closed due to lockdown, and film Carmen performing Bach within. As Carmen rings out beautiful music to fill the empty spaces, Tim’s camera provides an accompaniment, highlighting the locations beauty. It’s not a film about music, It’s not music with film. It’s a synthesis. Carmen may be performing solo, but the overall feeling is a duet of eye and ear. Nottingham Council House, Delilahs, The Royal Concert Hall, St Mary’s In The Lace Market, Nottingham Contemporary and the High School all feature, each familiar, each filmed in ways that make you see them anew.

During the film’s individual premieres, donations to the Help Musicians charity (https://www.helpmusicians.org.uk/support-our-work/make-a-donation) were encouraged, to support musicians who have struggled to earn a living while the COVID crisis grinds on.

The videos were shot in July and released on a thrice-weekly basis during September. They proved to be, as the best music does, able to bring out emotions you weren’t previously aware existed. Personally, I felt initial melancholy – I missed these places – hope. While the empty buildings still wait to fill and surge with life again, a flame of creativity burns, and it burns bright.

The films are available to watch for free here.