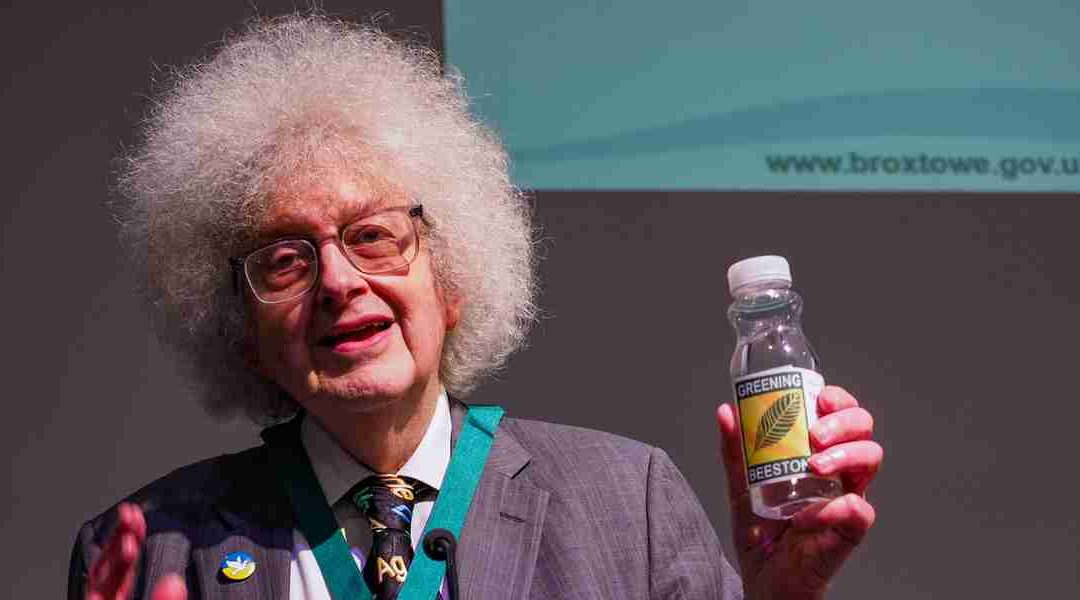 Congratulations to the University of Nottingham’s very own scientist extraordinaire, YouTube celebrity and all round top Beestonian, Prof Sir Martyn Poliakoff CBE, as he was made a Freeman of the borough of Broxtowe on 16th November, at a special ceremony at the former town hall on Foster Avenue. Led by the deputy mayor Teresa Cullen, as the current mayor David Grindell was unable to attend, an invited audience watched as he and five others given this honour, whilst one became an Alderman.

Local councillors Janet Patrick and Helen Skinner spoke about Martyn’s dedication to Beeston, through his long association with the Civic Society, the ‘Beeston2020Vision’ project and his enthusiasm in making Beeston a greener place to live through his support of the Greening Beeston Group. It was also mentioned that his YouTube videos about explaining the elements of the Periodic Table have been seen over one and a half million times. Not forgetting the fact that he has a tram named after him.

Martyn who originally hails from West London, has lived in Beeston since 1979, and has attempted to make his house as energy efficient and green as possible. His father was an electronics engineer and inventor, whilst Martyn’s younger brother Stephen is a playwright and film director.

The five other people from the borough who also received awards were David Bingham from Eastwood, for his commitment to the Eastwood Phoenix Project. Former Broxtowe Mayor Derek Burnett BEM, for his work with the Beeston Memory Café. Gillian Bourne from Stapleford, for her long standing commitment to the 5th Stapleford Scout Group. Historian David Nunn, who lives in Kimberley for his research work into the names of the dead from Notts during World War 1. 94 year old Kenneth (Bob) Storer for his charity work on the children’s ward at the QMC. Finally, former Broxtowe Councillor Kenneth Rigby becomes an Alderman for his varied community work in the district.