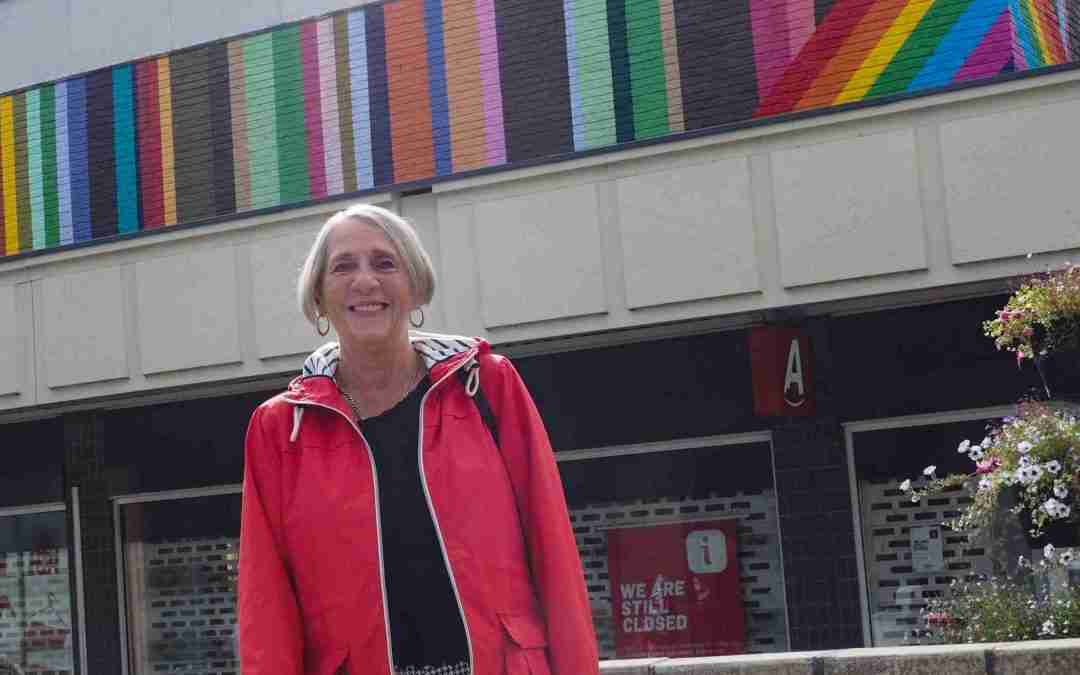 “I was born in Beeston on a Goose Fair Thursday, with the Beeston Boiler Company’s 5 o’clock hooter heralding my arrival. My parents both worked there, before finding other employment at the nearby university. I was educated at Charles Williams Infants, Roundhill Junior and Bramcote Hills Grammar. At the age of 12, I pulled a young boy out from Beeston Canal. It made the front page of the Evening Post.

“I had various jobs over the years, but started at Ford’s on the High Road whilst I was still at school, then moving to the Midland Bank, which is now HSBC in The Square. The next big thing in my life was to marry a soldier and moved to Germany. We lived in many locations over the years, mainly in the South, such as Hamlyn and Herford. I learnt enough of the German language to get by with the help of my German neighbours, and they in turn learned English. We also spent a couple of years in Cyprus. Whilst living there, I helped at our local thrift shop to raise money for our Brownies and Cubs, also did a sponsored parachute jump.

“On returning to the area, I got a job at Chilwell Depot. I was fortunate enough to stand in the turret of a Challenger Tank as it went round the test track. I also took an evening BTEC course at Broxtowe College to further improve my knowledge of the German language. I left the area again for several years, but my heart was set on returning to Beeston, so I could be closer to my family. I returned to Beeston almost 2 years ago and was lucky enough to find something central.

“In general I find the people of Beeston friendly and helpful. It has the amenities and good transport links I require and are within easy walking distance. The local beauty spots I will never tire of, such as Highfields. I feel I am now at home and looking forward to making new friends and acquaintances.”