In A Beestonian Country Garden 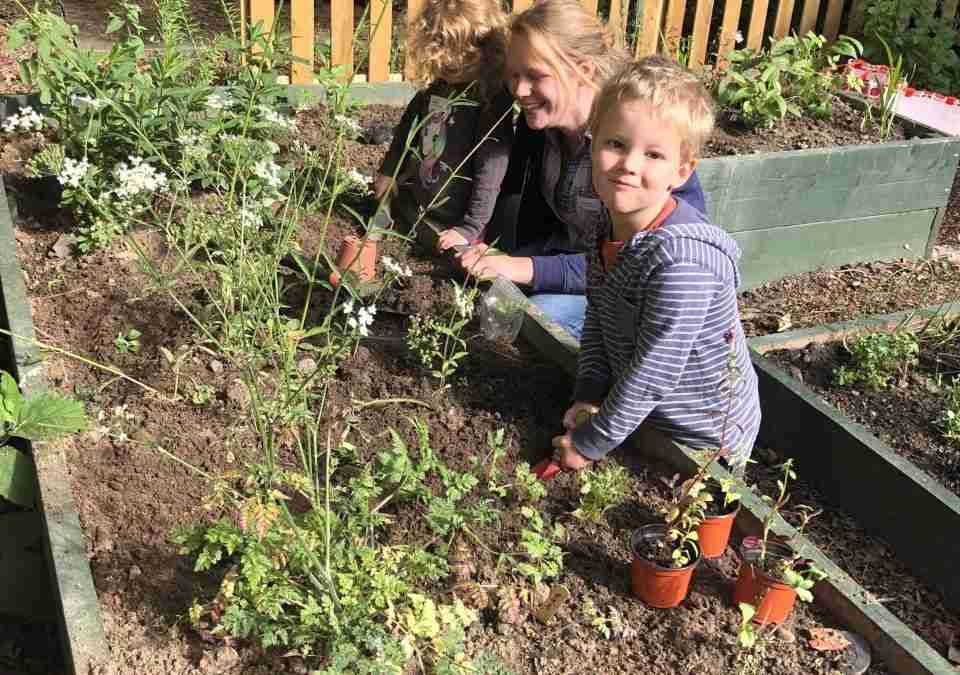 I came across something amazing today. Something that I had not seen before. A secret garden at John Clifford School. I have visited the school many times. Not as a pupil or parent, but as a fan of car boot sales. And each time I came, usually on a Sunday morning, I was completely unaware that beyond the playground, there was a hidden green space, complete with chickens, ducklings, and a hopefully soon to be completed pond.

Sarah Sazmat, a parent of the school contacted Beestonian Towers, inviting the magazine along to see what was growing and forming behind the Victorian building. So I popped down, and as I said in the opening sentence, I was amazed. 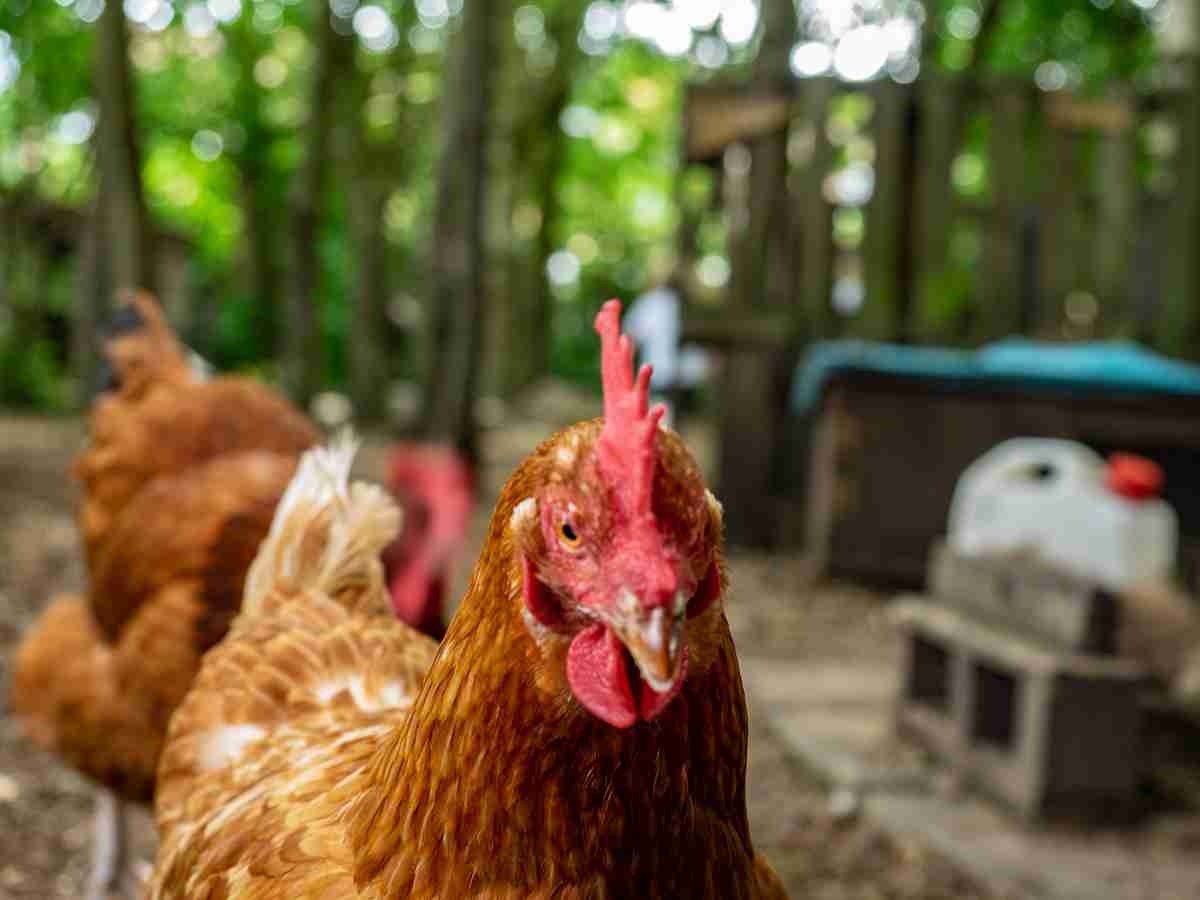 In the reception area we were met by David ‘Cookie’ Cook, the school’s site manager. He led us across the playground towards a large wooded area, which, when we went through a gap in the greenery, was this natural kid’s playground, with a large shed in the distance and the makings of an allotment. Plus, three chickens in their roost. All hidden by the trees.

After having a conducted tour by Cookie, Sarah and I were then met by Sally Mitchell, the Outdoor Learning Lead and creator of the community garden project. Sarah beamed and introduced Sally, saying how wonderful she was, and how all the parents and staff would do anything for her, as she’s such an inspiration. Sally blushed, then led us to the ‘secret garden’, and apologised, as they hadn’t got as far with it as she would have liked. “We’ve got a nature pond that’s ready to be filled, but we can’t do it until the area is properly fenced off to health & safety standards, and we are waiting for a company to come and do it.” 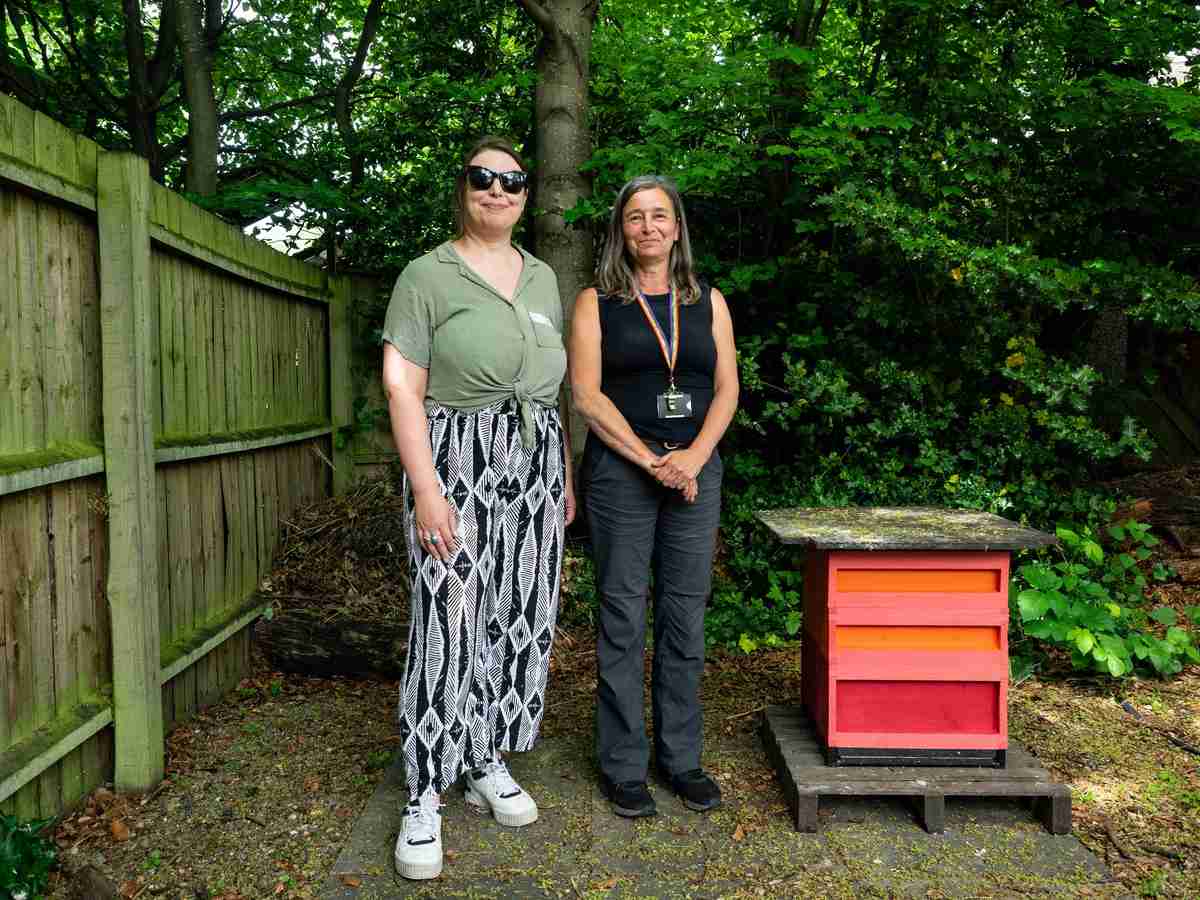 The project began in September 2021, and the school captured a couple of large grants. One from East Midlands Airport and the other from Severn Trent Water. “We applied for the EMA’s Community Fund Grant”, explained Sally, “And we covered all the criteria that they wanted, like bringing the community together and helping the environment. Severn Trent have also been very good with our project. When it’s finished, we aim to let the community use it after the school has finished and at weekends. One such group could be the Memory Café from the Middle Street Resource Centre.”

We go back to the hidden wood and three ducklings are splashing about in a makeshift pond of a large plastic bowl. “We’ve hatched these from eggs that we bought. They are three weeks old and are called ‘Puddle’, ‘Daffodil’ and ‘Patch’” explained Sally. I try and take a photo, but they are constantly moving. I finally manage it when one fortunately stands still on a rock in the bowl. 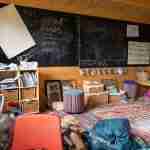 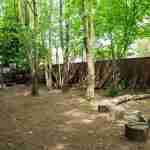 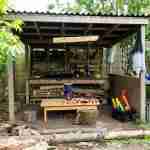 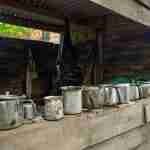 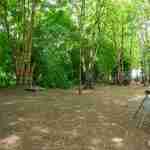 I ask about how many parents are involved. “We have about sixty who are interested in the project, and a core of around ten. One part of the project is a beehive, a result of a competition in the school.” Painted red and orange, it sits waiting for its inhabitants in a fenced off area near the would-be pond. “A beekeeper from Ashby de la Zouch called David is going to bring us 10,000 bees, which will rise to possibly 60,000 when they have settled in. He will teach the kids about keeping bees and how they make honey.” I observe that there might be some ‘Nether Street School’ honey on the market one day.

You can follow the project on social media, as the John Clifford Community Nature Garden has its own Facebook page. And if you have a particular skill that you think might be useful, or want to donate plants, or even help then do please get in touch with the school, as what they are doing will not only benefit young Beestonians in the near future, as they get connected with nature, but Beestonians of all ages.