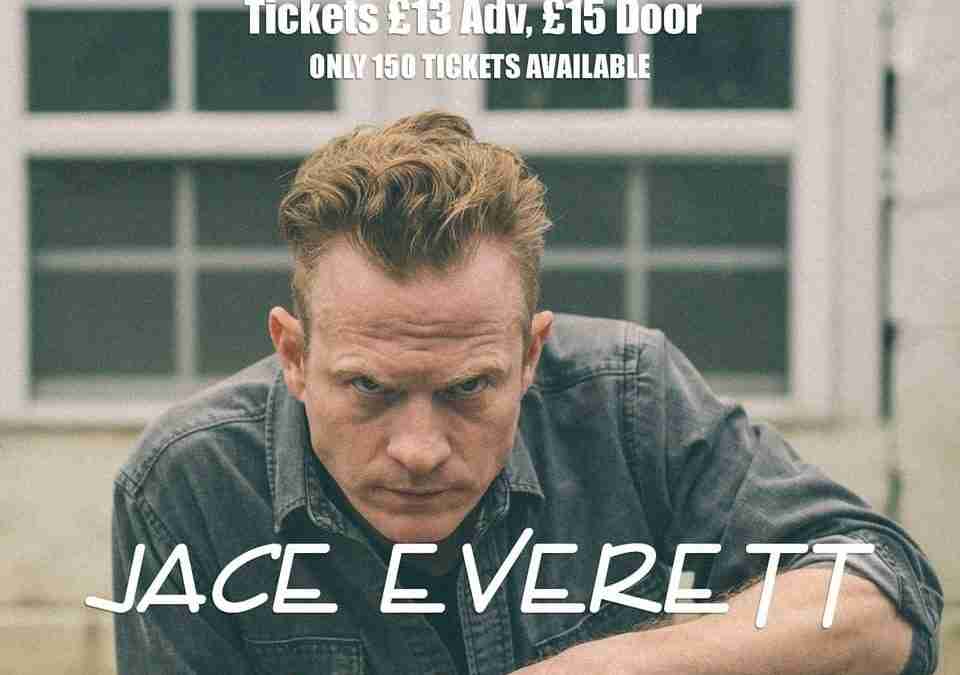 This guy was a complete revelation for me. I only knew Bad Things from the hit TV series True Blood and was wary when he was described to me as a country musician (I am not a Country fan). As an open-minded music journalist I went to the gig and was hooked right from the opening number.

The set was largely made up of songs from the brilliant new album Dust and Dirt. Highlights of the set included Woke Up In This Town, Green Or Blue, Under The Sun, Someplace, Golden Ring and Lowlands. The band were Everett on vocals/acoustic guitar and Dan Cohen on electric guitar. They have worked together for years and it shows.

During the set Jace broke a string on his guitar and soon realised that he had left his spare guitar strings back at the hotel and then introduced the eleven string orchestra playing the remainder of the set on his now five string guitar. What a trooper! He also spoke of his battle with depression and the fact that he is now on medication before playing the powerful yet humorous The Drugs Aren’t Getting It Done.

Everett made light of the fact that he is known as a one hit wonder and introduced A-ha’s Take On Me as the next song but actually launched into Bad Things to the warmest reception of the night. The gig ended with the dark and dramatic One Of Them.

The Greyhound is due to close next month, which is another nail in the coffin of small music venues. It is these venues that are the life-blood of the live music scene and they should be supported.

Jace Everett is a great musician who writes fantastic songs. He is a brilliant live performer and a really nice, down to earth bloke. Keep an eye out for his next visit to the UK and go and see him. You will not be disappointed.