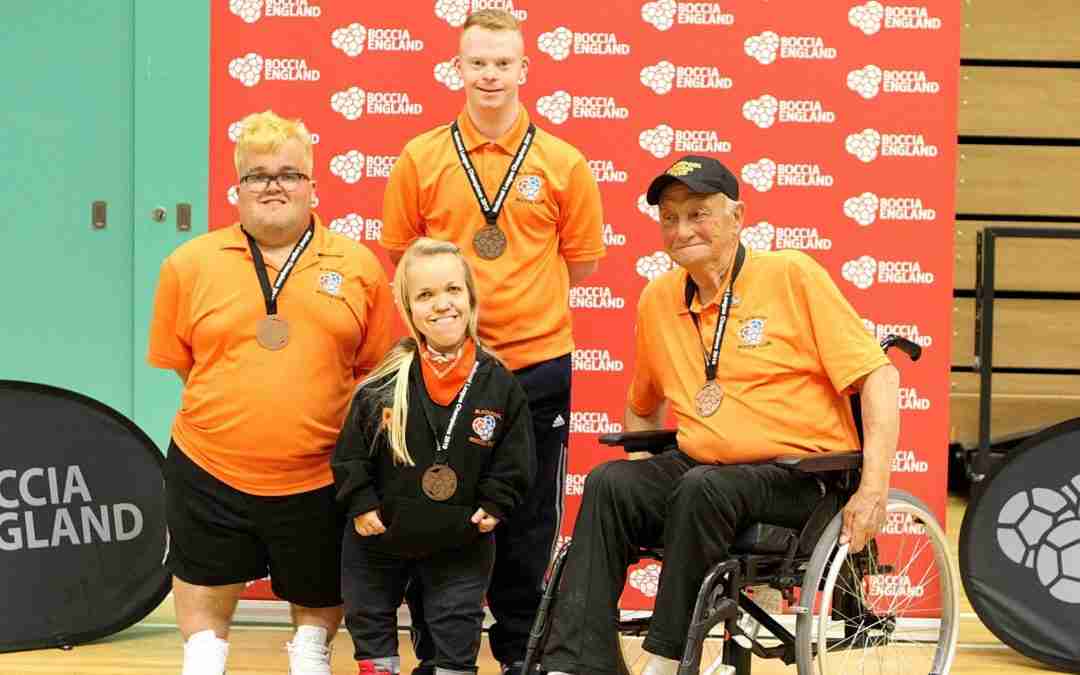 An email pings into The Beestonian inbox: “Did you know we have the National Governing Body for a Paralympic Sport right here in Beeston?” Well, no we didn’t. Beeston consistently  punches above its weight – one of the reasons we set up this mag a decade ago – but considering that the Paralympics is imminent and one of its most fascinating sports is based here, we have to find out more. I jump on my bike and pedal round to one of the buildings near the Padge Road sorting office. 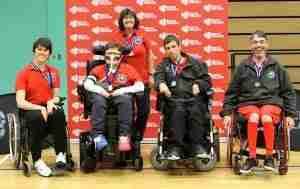 Boccia England (BE) have been based here for 3 years after moving from just over the Nottingham border in the Lenton Science Park with Cerebral Palsy Sport. “It’s ideal in many ways” Cally Keetley, BE’s fundraiser tells me “Being so central to everywhere in England”. Their office could be that of any modern office, apart from the floor, which is marked out with a Boccia court, and the set of leather balls on the table we talk at. What, however, is Boccia?

Considering it is perhaps the most inclusive sport in the world, it has probably not appeared on many of our reader’s radars. Pronounced ‘Bot-cha’ (the name is the Latin for ‘boss’) it’s one of only two sports at the Paralympics that doesn’t have an Olympics counterpart (the other being goalball). It resembles boules or petanque, with players trying to get their balls as close to a jack as they can. What makes it a wonderful sport for the Paralympics is its sheer accessibility: it can be played with hands, feet, or even for those with severe disabilities, a ramp to direct the ball. There are resources that allow the visually impaired to play, and, provided they stay seated, the able bodied can join in. It’s difficult to imagine a more inclusive sport.

Making it’s paralympic debut in 1984, it currently has 54,000 regular players spread over 60 clubs in the UK alone and is fast growing worldwide. And no wonder. A glance at Boccia games on YouTube  is not dissimilar to how people get drawn into seemingly simple looking sports and realise the fiendishly wonderful tactics required. Remember when the UK went curling crazy at a previous Winter Olympics, and we all became experts at broom technique and stone angling? Similarly, Boccia is a gripping sport to watch. “You haven’t seen sport until you’ve seen boccia” wrote Times sports editor Simon Barnes in 2012. He’s not wrong. 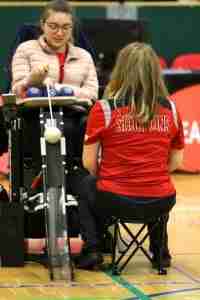 But it’s more than that for those who take part. “It’s a wonderful way for people to socialise, to have a challenge to work at, and to grow confidence” Cally tells me. “It changes people’s lives”.

It also saves them: “I had a real horrid time after my accident…Boccia pulled me round. It gave me friendship, it gave me skills…it literally saved my life” says one player in a BE video. Its amongst numerous testimonies saying similar: this is more than a sport.

But on a purely competitive level, things are gearing up ahead of the Tokyo Paralympics. Cally’s colleague, BE’s Team Administrator Dan Headley, is preparing to fly out to Japan when I visit in his role as an international boccia referee. “Boccia will be streamed online throughout the Games” he explains “And Team GB is confident of medals”.

His hot tip? “David Smith. It’s amazing he’s not better known”. Absolutely. David Smith, MBE, should be as well known as Mo Farah or Becky Adlington. His Paralympic medal haul – 2 gold, a silver and a bronze – when added to his multiple World and European titles makes him the world’s most successful Boccia player ever, an inspiration to those, like him, with Cerebral Palsy – and anyone who loves a world class athlete. He also pulls some mean doughnuts in his wheelchair.

They are doing great things down on Padge Road, and that work will hopefully pay off in medals at Tokyo – as well as giving many thousands of disabled individuals a sport that adds so much to life.

If you’d like to find out more, check out BE’s website: https://www.bocciaengland.org.uk/ where you’ll discover a huge amount of info and resources- including how you can help raise money for them.