Morecambe and Getting Wise 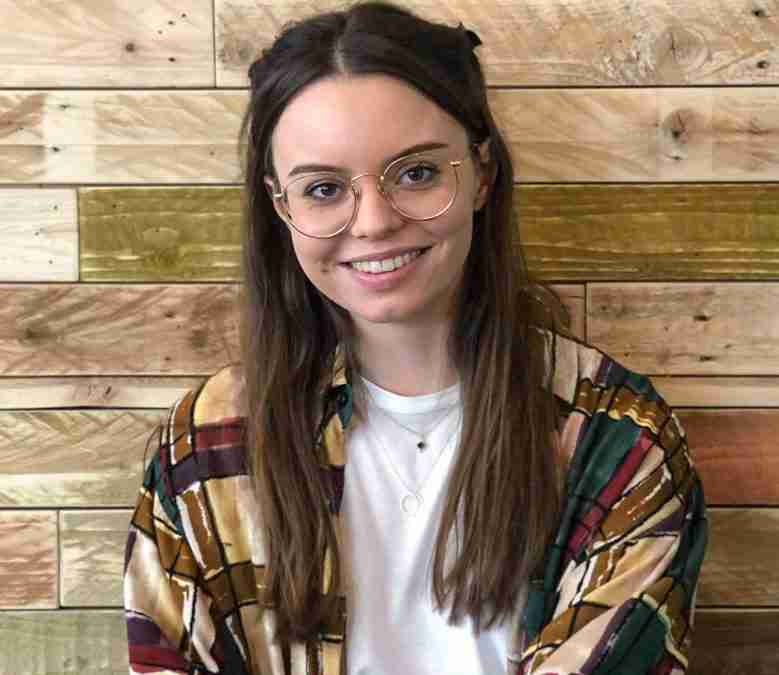 Many notable actors that have come from, or have lived in Beeston, namely Barry Foster, Richard Beckinsale, Vicky McClure; and now we have Isabel Caswell.

Not a household name at present, but with her role as teenager Molly Williams in the third series of ITV’s crime drama ‘The Bay’, her profile can only go up.

I contacted her through Twitter and we met for a chat in Café Nero on the High Road. Looking as young as she does in the series, even though she is actually in her early 20s. I firstly asked her about her background, and whether she was a true Beestonian. “Yes, I was born in Beeston. My mother is a music teacher, and my dad is a manager at the Hope charity.”

Is there a direct connection with acting in your family? How did you get into it? “No, I’m the first. It started at school. Getting involved with the plays that were put on. Then at fifteen, I joined the TV Workshop. I was there for four years, before getting my first professional role in The Revenger’s Tragedy at Nottingham Playhouse”. The play was written by Thomas Middleton in the 17th century and updated to the glam rock era of the 1970s. Isabel played Castiza, to some good reviews, during its run in late October 2016.

Isabel’s next role was that of Jenny in the stage musical production of The Calendar Girls, written by Take That’s Gary Barlow and based on the 2003 film by Tim Firth. The true story revolving around a group of Yorkshire ladies from their local Women’s Institute who produce a tasteful nude calendar to raise funds for charity, after one of the members dies of leukaemia. It starred such household names as Denise Welch, Ruth Madoc and Lesley Joseph, and ran between August 2018 to November 2019 across the UK and Ireland.

How did you find working on a long running show? “It was hard work, but I learnt such a lot from the other members of the cast. They looked out for me and shared their experiences. The worst part was living out of a suitcase. It was so draining, especially with all those early morning train journeys. But I got to see a lot of places around the country as we visited 37 cities. Playing in Nottingham at the Theatre Royal was great, as I got to sleep in my own bed for a change. It made me appreciate Nottingham more.”

Did you do any nudity? “No, my role was a daughter, who moved the props for the photoshoot and holding up towels for the actresses that were nude. We were lucky to have finished the run just before the pandemic struck”.

How did you go about finding work during that period? While all the theatres were closed? “I was making audition tapes. They were a thing before the pandemic, now they are the norm. Then there’s Zoom calls, but you miss the personal connection with the director, that you get in a live audition. But it’s a good way of getting considered for a role, as more people can get to see it.”

Tell me about The Bay and filming in Morecambe. “I got the part in February last year, and shooting took place between March and July. There was a lot of travelling back and forth, as I wasn’t needed every day. But the company gave me a chauffeur, so I didn’t have to go by train.”

There was a change of cast for the third series, did that worry you? “No. I saw the previous two stories, so I could get a feel of how it was made, the style, but because I wasn’t one of the main characters, it didn’t matter.”

Morecambe is a lovely seaside, with its vast promenade and the stunning Art Deco Midland Hotel. Were you based in the town? “No, we stayed in Lancaster, but it was a lovely drive to work.” I bet your parents and friends were really proud of you when they saw the first episode? “Yes, they were. I don’t mind seeing myself on screen.”

Are there any parts that you’d like to do? “I would love to appear in a period drama. I’m a big fan of Jane Austen.” What about appearing in a soap? “It would be regular work, but it wouldn’t be right for me, as I like to keep doing different things. But being an actor, we can’t always be picky. I do watch a lot of TV, so I can pick up any upcoming themes.”

Do you have a favourite actor or actress? “I think that would be Florence Pugh. I’ve seen her in The Little Drummer Girl (2018), Little Women (2019) and Black Widow (2021). Do you have a job while you’re ‘resting’? “Of course, I’m still going to auditions when I can, but I’ve just started a proof-reading service that’s aimed at PHD students. I enjoyed English a lot at school and have now gained my certification. I enjoy its flexibility, so I can do other things as well.”

What about hobbies? “I enjoy baking. Especially cakes like salted caramel drips. It’s very satisfying. I also love walking with my dad in Derbyshire.”