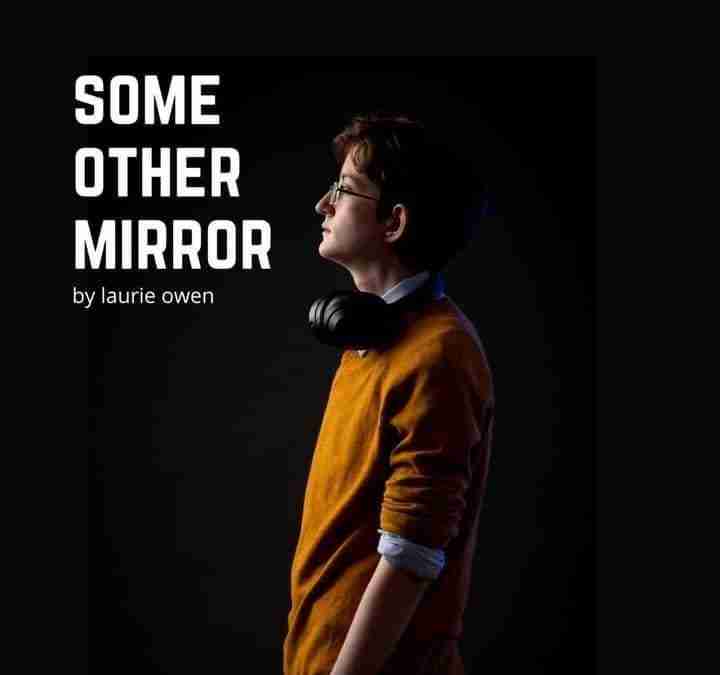 How we identify ourselves is key to how we feel we fit in society. Humans are social beings and community is important to us, it helps us to understand our purpose and our value. I met an incredible young man this week, who has found his voice as an advocate for anyone struggling with ‘who they are’, whilst still working through this himself.

Laurie Owen, early twenties and with diagnoses of autism and dyspraxia, has had a number of  barriers to break through but this only seems to have fuelled his fierce determination to adapt and sustain a passion for theatre that he has possessed since childhood. Born and raised in Beeston by supportive parents, Laurie got involved with amateur dramatics when he was ten years old , and although he wasn’t inspired to take up Theatre Studies at GCSE, his A Level theatre course at Bilborough College only strengthened his desire to become a performance artist.

Like many, Laurie felt pressured to pursue a career that would earn him a regular income and was made all too aware of the competition in the theatre industry. Something Laurie also felt uncomfortable with was the selling of himself a commodity, his body as a ‘brand,’ particularly at a time when he was struggling with his identity. Eighteen years old and leaving behind his youth theatre days, he opted for undertaking a Computer Science degree at Birmingham University led by his additional technology and online gaming talents, vital components in a growth industry.

He recognises that his dyspraxia didn’t support the way he needed to use maths and has suspicions that he might also have dyscalculia, as the speed at which he needed to use the various formulae was overwhelming and so after just six weeks he left the course. Laurie describes the next few months as a sort of grieving period. His plans for the future seem to have suddenly disappeared, he was lost and the signposts to support were missing. Returning home, Laurie found himself with nothing in his schedule for the first time in his life and this was hard. And then he discovered the marvellous MissImp, Nottingham’s esteemed improvised comedy theatre group.

As we chat over Zoom, I am struck by how much I admire this young man’s resilience and ability to make the best out of opportunities, especially as in the early days it appeared that Nottingham didn’t have great theatre provision. Whilst the weekly sessions at MissImp became the creative springboard which changed Laurie’s perspective on what theatre could be, it also finally enabled him to see a future entertaining, and a fulfilling life. Working alongside some of the friendliest and funniest adults on the improv scene was both refreshing and validating but it also gave Laurie the confidence to reject the drama school route that his peers were enrolling on in favour of a BA in Theatre and Performance at Leeds University as he felt this would suit him better. Publicly funded art is visible in every corner of this enlightened city and this helped to reassure Laurie that he had made the right choice.

Laurie had realised early in his aspirations to become a performer that he had no interest in ‘fame chasing’ and that the community aspect of theatre, namely making a connection with the audience, was the main drive behind his desire to perform. With a dedicated team of forward thinking tutors, who adapted particularly well, during periods of lockdown, providing their students with exceptional online support. He also talks enthusiastically about how progressive their ideas of using theatre spaces are, often encouraging audience participation and at times totally immersive. In fact Laurie talks so enthusiastically about this part of his life that it’s clear to see that he has definitely regained  the momentum to move forward.

Laurie is a transgender man. Aged seventeen he tried to ‘come out’ but this felt uncomfortable and so he ‘backed off’ until the situation with Covid made it unavoidable. The forced return home to Beeston during lockdown proved to be the necessary catalyst for change. He had often played ‘boy parts’ in the past, something quite common in youth theatre due to the shortage of male actors, but had also had strong female roles. Knowing that you are not necessarily the person that you are projecting to others is something that can readily be explored in theatre but for Laurie it was much more than that, he needed to work out how to make a complete transformation.

Some Other Mirror is a truly reflective show that depicts the many complex facets to the process. As I watch the thirty minute solo performance online I observe closely the on screen transition, from nervous apprehensive Laurie introducing the performance, to the confident young man who had succeeded in putting together and performing an excellent piece to his audience. Originally a piece of performance written by Laurie as his third year exam piece, it was well received by his Zoom audience and I could genuinely see why. He had applied his technical know-how to the his advantage, splitting the screen to successfully create the continuous conversation that was necessary for his show to work online.

Laurie plays the role of all of the characters inside his head, each expressing their discordant perspectives. They look virtually the same, but subtle clothing differences help to make them distinctive and symbolise the on screen transformation. The performance begins with an overwhelmed Laurie, the conflict tangible, but ends with a young man who can make the decision to change and walks out the door of the room he has been confined in throughout. Laurie describes his experience as a kind of divorce, the wrench which comes from the need to cease to invest in another in order to emerge yourself – a whole person.

It’s such a well considered and sensitive performance, with all aspects of what transitioning to another gender painfully and sometimes humorously explored. The audience will be carried from dark to light, from the agony of loss and regret to lighter moments like the point where struggling self ridicules the transitioning self with “That shirt makes you look like John Lennon’s Dad.” There is a real sense of the opposition, both from within and without, grief, guilt, frustration and anger are all part of the journey. It was a brave move to expose all his vulnerabilities, but the impact is huge, for Laurie and for others. For Laurie, I think it represents a form of acceptance, and for anyone trapped inside their own darkness it can provide light.

Despite applying for Arts Council funding twice and being rejected, Laurie has not been put off from widening his audience for this piece. Connections in the Nottingham theatre community have proved really helpful in securing him a prime spot at the Pianodrome in Edinburgh as part of the Edinburgh Fringe. In particular Laurie expresses gratitude for the support he has received from Joe and Nat at Chronic Insanity who have contributed hugely to the Nottingham Theatre scene, blending live and digital to produce high quality and diverse hybrid performances.

Laurie tells me he is both excited and nervous at how well Some Other Mirror will translate to being performed in the round. He still has work to do to adapt it but is confident he can rework it successfully.

You can see Laurie’s original show using the link below, and catch him at The Fringe in August from 5th-9th  and 11th– 12th at venue 391, The Pianodome, 28 West Harbour Road, Edinburgh.