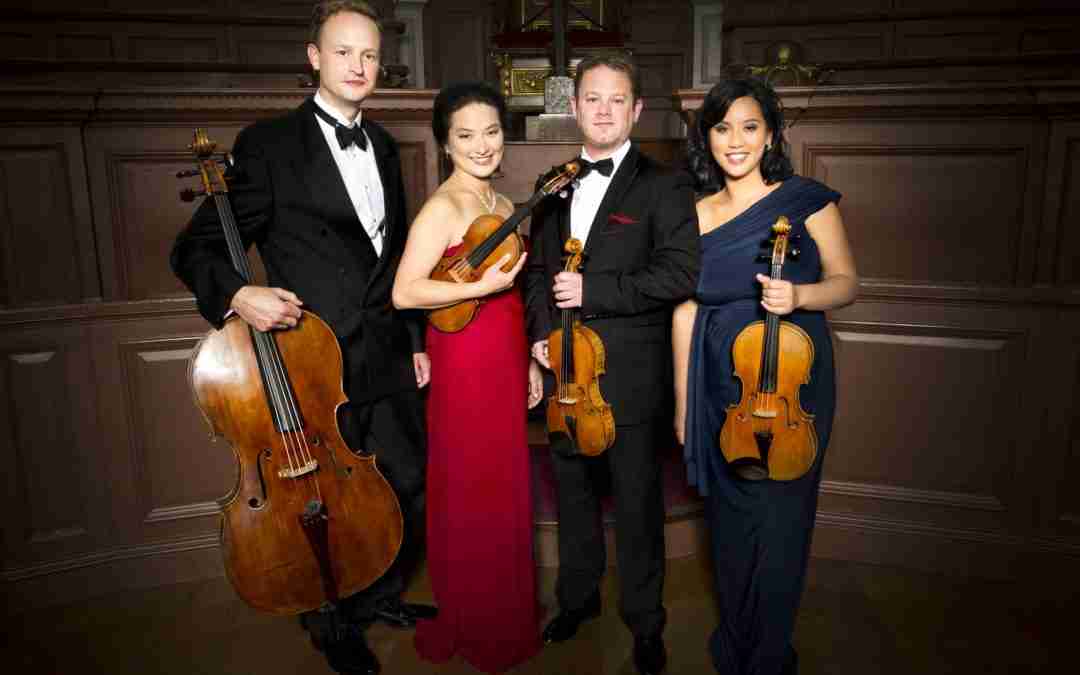 We meet 25% of an exciting new musical venture…

Carmen Flores isn’t the most typical Beestonian. First there’s the Californian accent, which sounds like music compared to the snuffly vowels of my East Midlands voice. Then there’s her profession: a classical musician of rapidly growing renown, and 25% of the Villiers String Quartet, a group of recently relocated musicians who attracting plaudits on the classic music scene.

From a musical family – her mum taught piano and her dad ran the local church choir – she started on the violin at age six and never looked back. She was recruited to San Diego’s Youth Symphony Orchestra. “Being part of an orchestra is incredibly enlightening. It’s like being part of a strange UN, with different states with different interests having to work together to ensure common goals. It requires huge discipline, selflessness and more than hard work. It’s a slog.” Graduating with a degree in music, she set out to pursue a music career. “You do everything you can to cut your teeth. You have to absorb so much”.

She then met Dan, a Beestonian working in London, when the two were both visiting the Philippines. They fell in love, and looked to find somewhere to be together. California’s loss was the UK’s gain.

“I moved to London in 2005 after meeting my husband,” she explains. “It was tough at first: I had no connections in music but would audition relentlessly.” Eventually she was offered a role in the Birmingham Royal Ballet Orchestra, a role she still has, but it was meeting three like-minded souls in 2011, violinists James Dickenson and Tamaki Higashi and cellist Nick Stringfellow, that she found her true calling. They bonded over their love of chamber music and decided to form a string quartet. The Villiers Quartet was born. “A quartet is essentially a conversation between four people. It isn’t easy to find that right mix, that balance, but we have found it”.

Their talent was rapidly picked up on. Offers to play concerts, festivals and even BBC Radio 3 flooded in, as well as rave reviews for their debut CD The Complete Quartets of Robert Still. It might sound strange that during these days of rave reviews and burgeoning attention, they decided to leave London.

“The other members, for various reasons, wanted to move to Market Harborough. So I moved to Beeston 3 years ago. My husband Dan decided he wanted to set up his own business and move back to where he grew up. It’s a place to bring up children, a kinder, calmer lifestyle than London.”

Nottingham has proved fascinating. There is a real creative buzz right now, and we’re loving being part of it”

The move provoked a change of emphasis. “We thought about location; how does it influence your work? If you look at the Lindsay Quartet, you can clearly hear the way their Sheffield setting seeps into their work. Getting out of London meant a chance to explore a new vernacular. Nottingham has proved fascinating. There is a real creative buzz right now, and we’re loving being part of it”. Yet it’s not a one-way street. What they take in influence, they reflect in a desire to bring music to communities, areas that previously might be denied such art. “Community is important. We want to teach others, become a community quartet and inspire people to pick up an instrument.” A residency at Nottingham High School followed, and a new CD release of Peter Racine Fricker’s Quartets has received great reviews. They also provided the music for the recent TV adaptation of DH Lawrence’s Lady Chatterley’s Lover, which is possibly as Nottingham as it comes.

We’re dead lucky to have such a talented bunch of musicians in our midst, and their ambitions to be an integral, active part of Beeston’s cultural fabric isn’t just testament to our present state as an ideal home for creatives, but for a future of beautiful music, elegiacally sweeping just up the road from the Vic.