Written by jadekmoore on February 12, 2019. Posted in Films, Lord Beestonia, The Beestonian. Leave a Comment

It’s just getting bigger and better… 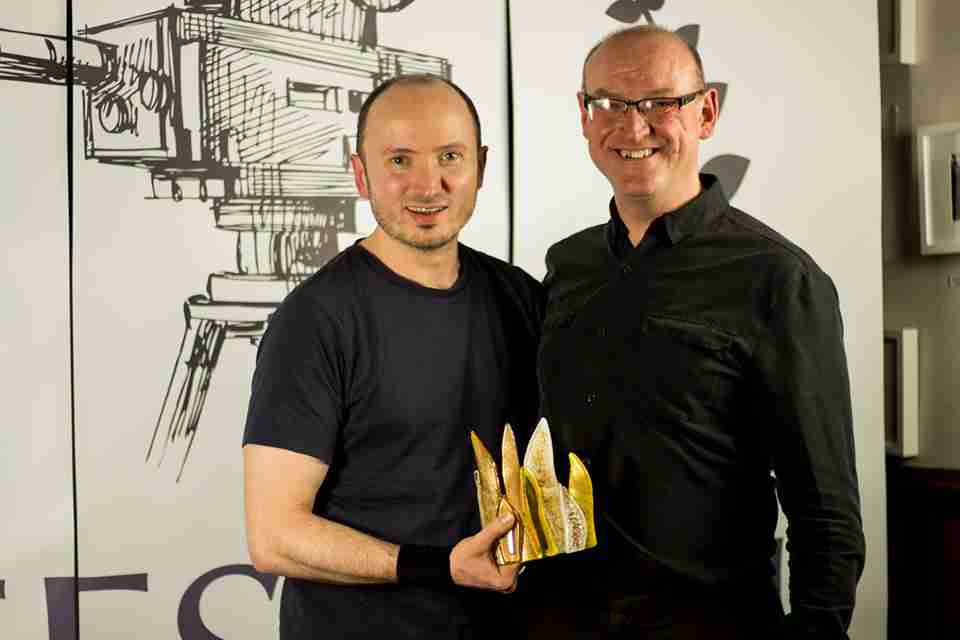 With an initial concept of bringing the latest short films to screen in the East Midlands crafted by a variety of innovative filmmakers, Beeston Film Festival is now in it its fifth year and hosting entries from across the globe.

The festival has earned a title of being the biggest international short film festivals in the Midlands, as its submissions have increased by 68% from over 50 countries across every continent of the globe.

John Currie, the film festival Director, and his team of over 20 local Beestonians and global jury of 18 film industry professionals from the UK, America, France. Belgium, India, South Africa and Taiwan, make up its unique programming team.

As part of the pre-festival warm up, the Berliner will screen a great night of classics on Wednesday 13th of February, showing favourites from previous festivals such as The Stomach and The App.

Returning to Café Roya, where the festival launched five years ago, a second warm up showcases Iranian films on Sunday 24th February. Roya will provide some Persian cuisine and the programme includes B’Oscar winner, 1001 Teardrops.

The festival itself begins on Wednesday 13th of March at its first warm up location, The Berliner, running for a period of five days in its four different venues across Beeston town, making it its biggest and brightest film festival ever.

This year the festival continues to expand and has introduced their newest category, Better Place; inspiring filmmakers to create either Fiction or Non-Fiction Films aiming to drive a change in the world we live in, champion causes, influence prevailing attitudes and moving the world to a better place.

Not only is Beeston Film Festival presenting a new category this year, the iconic B’Oscar will be revamped and is under development from Beeston glass artist Becs Cass.

The renowned international festival has been rated gold as well as being placed in the Top 100 of Best Reviewed Festivals on FilmFreeway that showcases over 6000 festivals world-wide.

The reviews are from filmmakers involved and guests of the festival and reflect the welcome from the Beeston community.

One review by Judson Vaughan says this: “Just great! What else can I say, just a breath of fresh air! The organisers are true film/indie film lovers that are fair, impartial and committed to the filmmakers. Great communication, great fun and if you get the chance to meet John, then what a bonus! This is our second film to be screened at Beeston and we’ll be back! Thank You John, James and everyone involved.”

As final entries are being selected, it would be a shame to miss out on celebrating film and filmmakers from across the globe showcasing their creative arts at the Beeston Film Festival this year.

Written by jadekmoore on June 21, 2016. Posted in Films, Lord Beestonia, The Beestonian. Leave a Comment

It seems that every few weeks our local media announce the imminent arrival of a cinema in Beeston. The large empty space where the fire station / Blockbuster / that dead cheap offy once stood is, we’re told, dead close to getting a place to watch flicks.

We’re not, at least, not yet. No deal has been signed, and, even if it was, building on the site (known as ‘Phase 2’) would not begin for some time. What seems to be happening is no more than testing the water, gauging opinion.

You can already catch a film in Beeston: the wonderful Beeston Film Festival is planning its third incarnation; The White Lion puts on occasional film nights and one day soon we’re hoping to get our arse in gear and restart the Café Roya Film Club. The popularity and diversity of these events suggest we could happily welcome something more permanent and regular.

This issue, then, celebrates cinema and its connection to Beeston. We have interviews with some local stars, an examination on Beeston’s crucial contribution to films over the years, some words of advice for cinema goers and more. Plus, the usual pic n’ mix of great writing, lovely design and general Beestonian excellence. Now, top up that popcorn, slurp that coke and settle down to the main feature…