Music, gigs and festivals – who’s out this weekend? 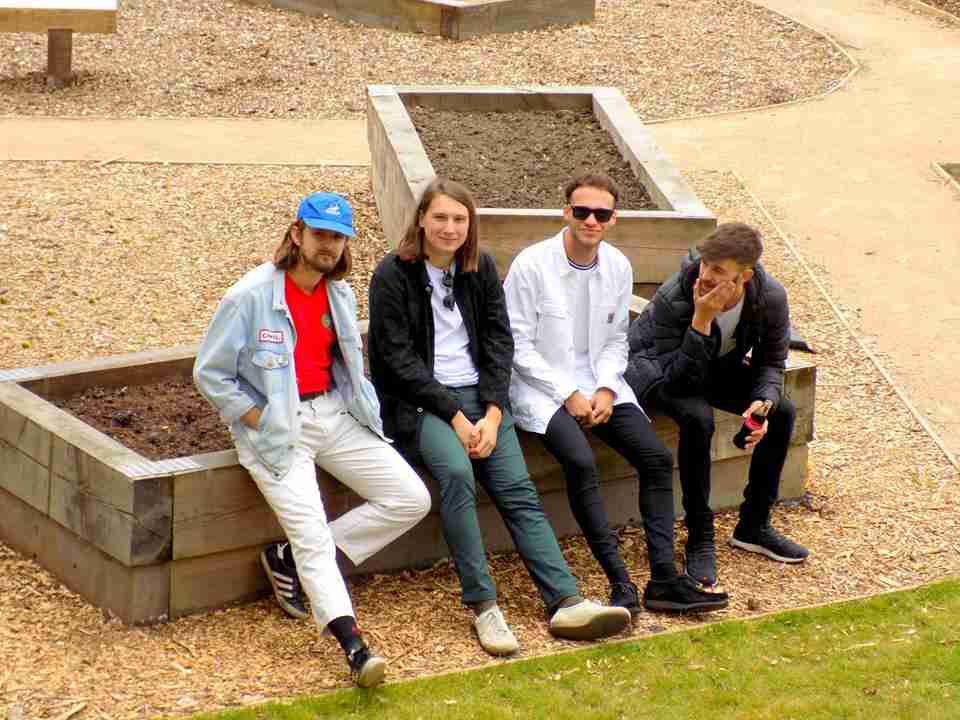 According to online information station Wikipedia, ‘Nactus kunan is an extant species of slender-toe geckos described in 2012, and indigenous to the Admiralty Islands of Papua New Guinea. It is brightly coloured, and its specific name means “bumblebee” in the local Nali language.’

Although I am an avid supporter of nature I haven’t decided to give Sir David Attenborough a run for his money instead I have stumbled upon the musical stylings of local Beeston band of the aforementioned gecko name. Individually known as Jack Kwiecinski, Josef Bone, Antony Rocco Onorati and John Wood the lads have formed Nactus Kunan and flying the flag for a style of music aptly named RnBeeston. Being a nosey so and so, I Facebook stalked them and frog marched them to the canalside heritage for an interrogation into all things beestony, musicy (technical term) and an impromptu photo session. Luckily the guys were willing victims and happily chatted to me even though the world was wrapped up in the world cup frenzy.

In the cafe the staff are just about coping with the fire alarm that’s blaring and rings through the heritage centre at what feels like a million decibels, i order a coffee and wait outside, sure enough over bound half of the band quickly followed by the remaining members, I suggest starting the photo shoot as the weather looks ridiculously murky and rain seems imminent.  The garden at the heritage centre is a great setting for photos and the bands easy going demeanour helps as my suggestions for the photos are met with an impressive eagerness. We briefly chat  about favourite pubs, Fast Lane and musical influences, take some more photos and head to Owens place for some shots with the weir in the background, altogether a fun and productive meet, want to know what the band had to say? Here it is from the ‘osses cakehole… 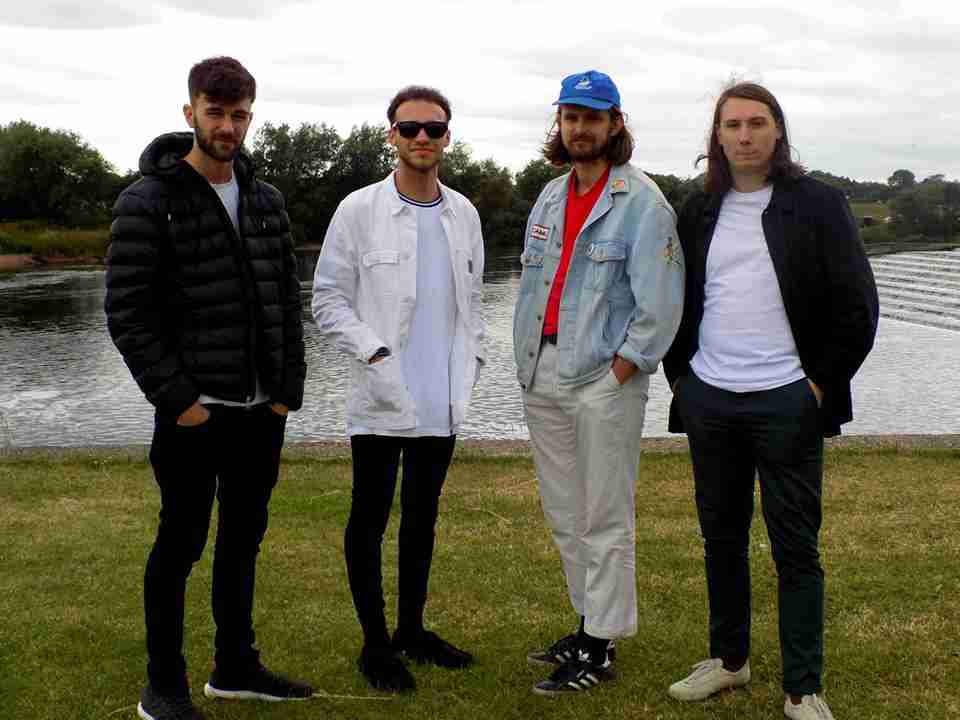 Morning Nactus Kunan, how are you today?

We’ve just been diagnosed with a terminal case of World Cup fever, but other than that we’re very well thanks!

Tell us a bit about Nactus Kunan…

We’re a four-piece, alternative band that formed in 2017. Our music draws from a diverse range of influences including Dr Dre, Sade, George Michael and New Order. We combine heavy synths, slick guitars and 808 beats to create (what we think) is our own distinctive sound.

How did you all meet?

We all went to Chilwell School. Jack and Tony have been mates since they bonded over a shared love of 50 Cent and PES4 when they were about 12. Joe and John were in different school years, but we all ended up gravitating towards each other when we got a bit older. The friendship consolidated over a few years in the pub in Beeston, before Jack and Joe started trying to write some songs together

What’s your favourite thing about this lovely neck of the woods?

Heaven is a place on Earth. We love Beeston, so it’s very difficult to pick our favourite thing about the area. Aside from the fact it has the best transport links in Europe and a burgeoning, multicultural high-street, we’d probably have to say the pubs. We love the beer garden at the Star and we regularly score a respectable 17 out of 30 on the Crown pub quiz! Also Poppa Pizza The best pizza in the city bar none!

Who are you favourite local artists and why?

We really like Max Loelz, he has this laid-back, hip-hop vibe which we’re into. Also, Joe’s brother Charlie plays guitar for Yazmin Lacey who’s an incredible talent – she’s just started getting massive in the jazz world. We’re good friends with a band called Amulet as well. They’ve just written a load of new tunes with electronic drums which sound amazing.

Our early songs took a lot of cues from R&B, but we were always influenced by conventional guitar music too, which made our sound quite difficult to define. We said this tongue-in-cheek phrase ‘RnBeeston’ once and it stuck. It’s hard to explain, but there’s definitely a certain character to our music that captures the essence of Beeston…

Anything else to say to the lovely readers of Beestonian?

Be sure to check out our latest single, ‘Exit at the Group Stage’. It’s a World Cup anthem (of sorts) about late nights and early kick offs; staying too long and leaving to soon. The official music video, shot at the Victory Club and various other Beeston locations, is now available to watch on YouTube.

I would like to take this opportunity to say thank you to the band for allowing themselves to  become victims in my line of questioning and having seen them perform over at rough trade in Nottingham after the interview I can say the lads are well worth a watch live, right which unfortunate souls are on the hit list next??