Beeston on the Telly: A Top Ten (well, eleven)

Produced up the road at the Lenton Lane studios, it probably no surprise that Beeston was used for many of the suburb location shots in the show. Beeston variously doubles up for Newcastle, Birmingham and Derby (!). Beeston resident Kate told The Beestonian how she remembered the filming “They were all outside Roundhill for a day. Jimmy Nail knocked on my door and asked to use the toilet. I let him. He was some time”.

Der-der-der-der; der-der-der, der derder der der der…. The excellent theme tune, Eye Level reached number one in the Seventies when this TV show became a hit. The story of a cynical Dutch detective solving crime on the more salubrious streets of Amsterdam, the title character was actually a Beestonian, the renowned actor Barry Foster. Rumours that Foster Avenue was named after this son of Beeston are as yet unconfirmed.

Breaking Bad is often described as the best bit of telly ever made, generally by people who are obsessed with lists and will write into Q Magazine if they find some spurious 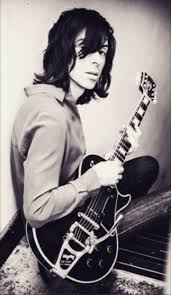 100 Best Albums of the Nineties puts their favourite obscure Indie LP at a position lowerthan they would like. But whatever, it is good, and the spin-off show Better Call Saul is also an understated masterpiece.

Set in deepest New Mexico and full of Americana you’d expect the producers to find a US band to provide the twangy, sultry guitar for the theme music, they instead got in touch with Little Barrie, a three-piece headed up by Barrie Cadogan, a through and through Beestonian and, as his name suggests, of urchin-like appearance.

4. Virtually Every Documentary in the Early Noughties

While we’re on the subject of theme music, we have to mention the majestic Bent. The electronic duo Simon and Nail hailed from Stapleford and Beeston respectively, putting out a slew of great music for a decade. Such was the excellence of their tunes they became staples as incidental music on countless shows during the time: if it wasn’t them, it would be Röyksopp or Lemon Jelly. We interviewed Simon a few years ago for The Beestonian, read it here.

Interesting fact: Bent were chosen by Michael Caine as one of his Desert Island Discs. So impressed was he by their unique sound he decided to make his own compilation of music of a similar, err, bent. This was released in 2007, and was, quite wonderfully, titled ‘Cained’. 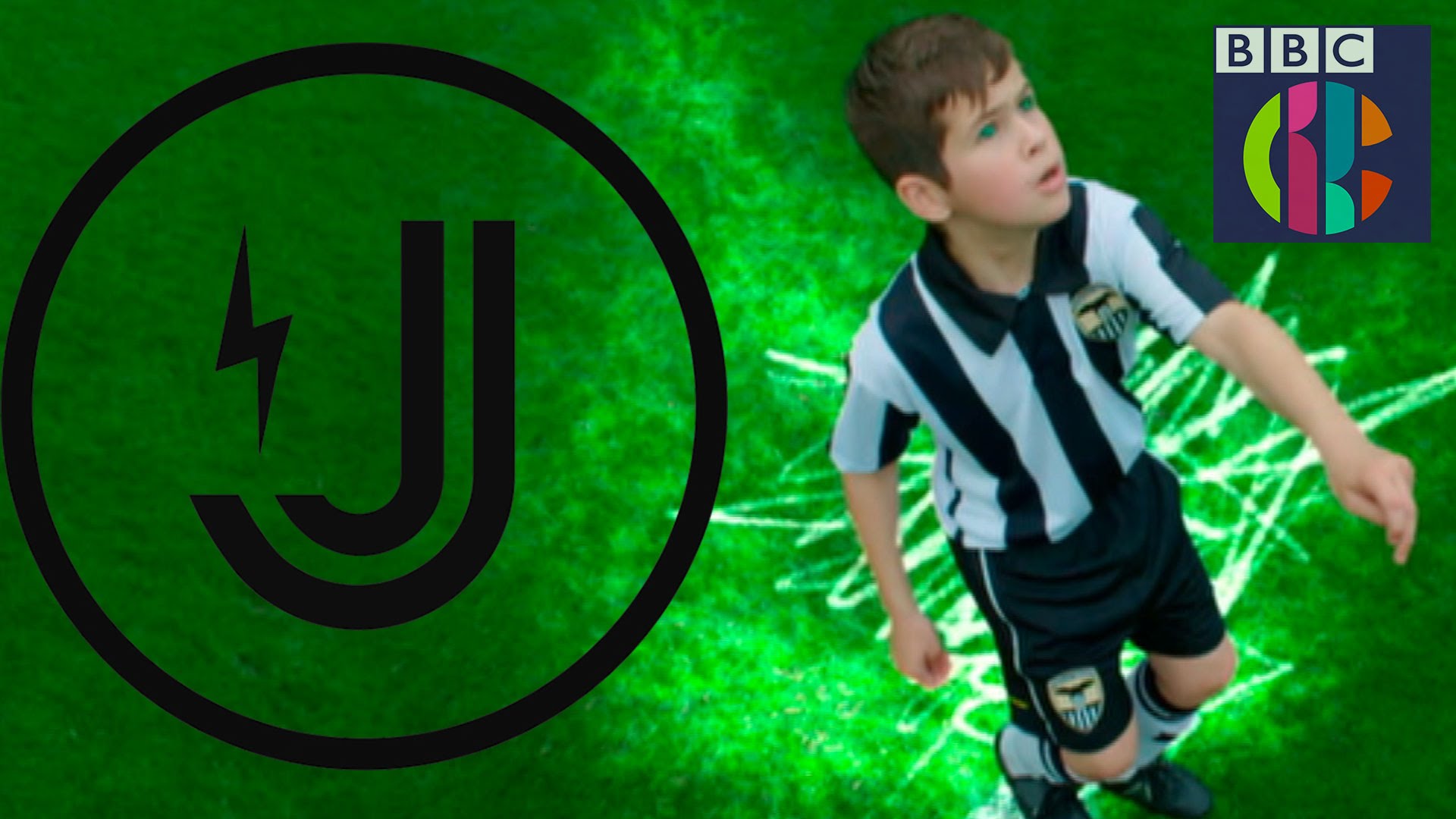 The story of a 12-year-old footballing protege with a difficult home life, this kids TV show used Beeston as its backdrop, notably filming on Hope Street, Humber Road Chippy and The Vic.

The remake may be mere slops, but the original is a stone-cold classic. Ronnie Barker delivered the performance of his life, but the ensemble cast made it what it was, cramming some of the finest talents (and Christopher Biggins) into the claustrophobic dark stone walls of Slade Prison. Yet the relationship that really endured was that between recidivistic burglar Fletcher and his naive young cellmate Godber. The father-son chemistry between the two characters, never mawkish, never overstated, made the show something else: in real life Barker, and Richard Beckinsale became good friends.

Beckinsale, of course, hailed from Beeston where he attended College House School (where he is memorialised with a blue plaque), and Alderman White. Took down tragically early -he was just 30- by a sudden heart attack, the world lost one of its finest comic actors.

Great fact: the original script drafts imagined Beckinsale’s character as a minor part, and didn’t even give him a name, merely mentioned as ‘Lag’….this later became ‘Lenny Arthur Godber’.

It is a little-known fact that our local MP Anna Soubry, who lives in Leicestershire but has an office in Beeston, was once the UK’s Prisoner Cell Block H expert. She’d regularly travel the world, giving complex lectures on the semiotics of Bea and Lizzie’s relationship, and devised the seminal work that laid the foundations for the now established academic study of Wentworth dialectics.

Her renown was such that ITV made her a regular guest on This Morning, snatching her from the fusty halls of ivy-tower academia and into the front rooms of daytime telly viewers, which saw a marked decrease in dole claimants as thousands fled to find work when she appeared.

After being called to give evidence at Home Office inquiries into the female penal system, she developed a taste for politics and successfully stood for MP, unsuccessfully campaigning for new prison walls to save money by being built of flimsy chipboard painted with a brick design. 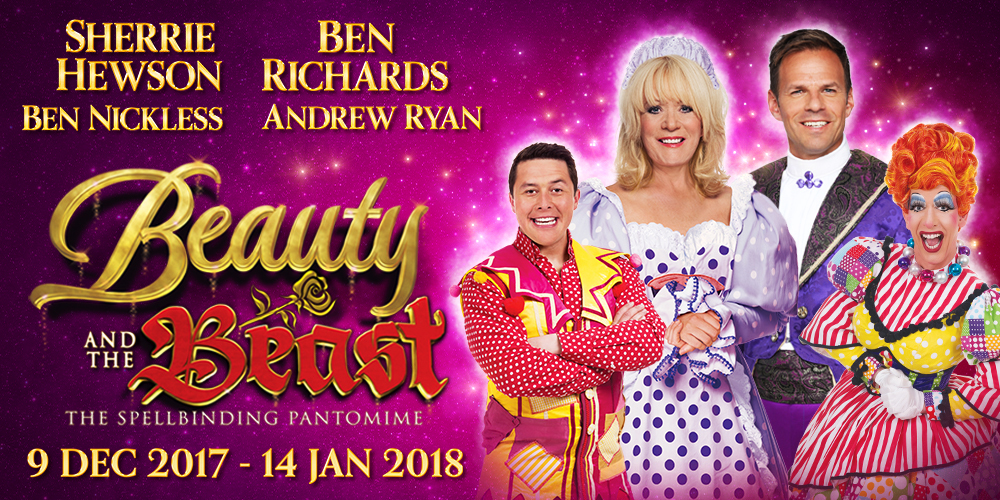 ….all starred Beestonian born and bred Sherrie Hewson, who also is a regular on Benidorm, Loose Women and has even done Big Brother. Appropriately, she’s currently in panto in Nottingham, so don’t be surprised if you see her having a cheeky half down The Last Post on an afternoon. 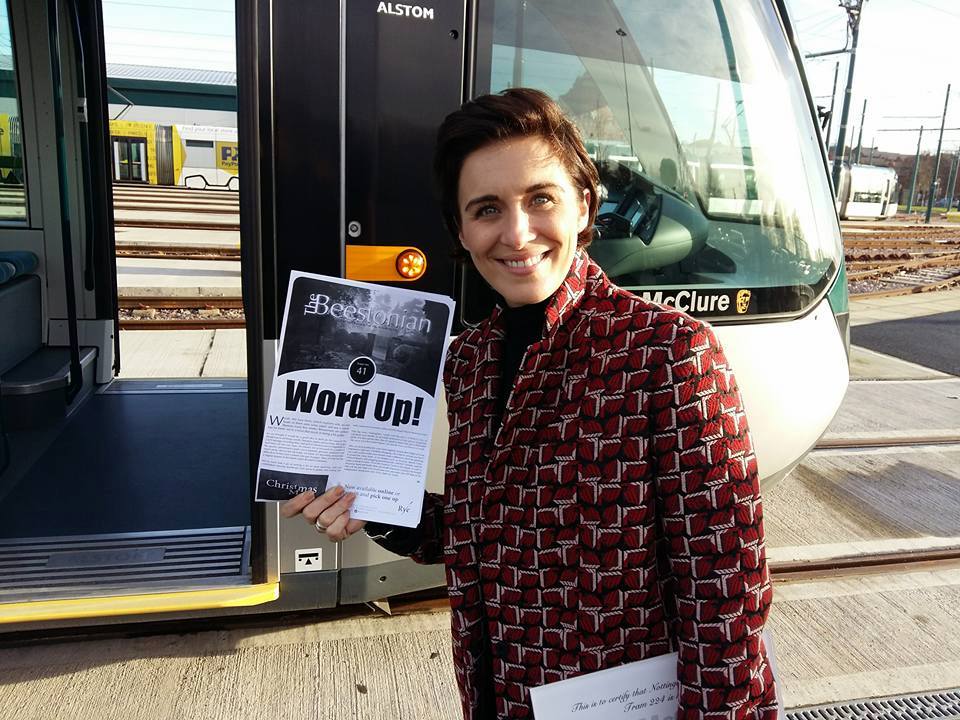 While Beestonian Shane Meadows decamped to Sheffield to film the movie spin-off, he has used Beeston on of occasion as a backdrop. The stand-out, BAFTA winning performance from Wollatonian -turned-Beestonia *smatter of applause* of Vicky McClure led to her taking leading roles in Line Of Duty, the adaptation of Conrads The Secret Agent, and The Replacement. A phenomenal talent, Wollaton can do one if they think they’re having her back.

Y’think we’d get this far without giving ourselves a plug? Don’t be daft. Filmed during the height of the tram works to show a town in transition, this epic (over 20minutes) film has baffingly not been selected for any BAFTA’s yet, but does have a cameo from a BAFTA-winning, mentioned-above Shane Meadows. Watch it, before we have to remove it from YouTube when Paramount or Disney buy the rights.