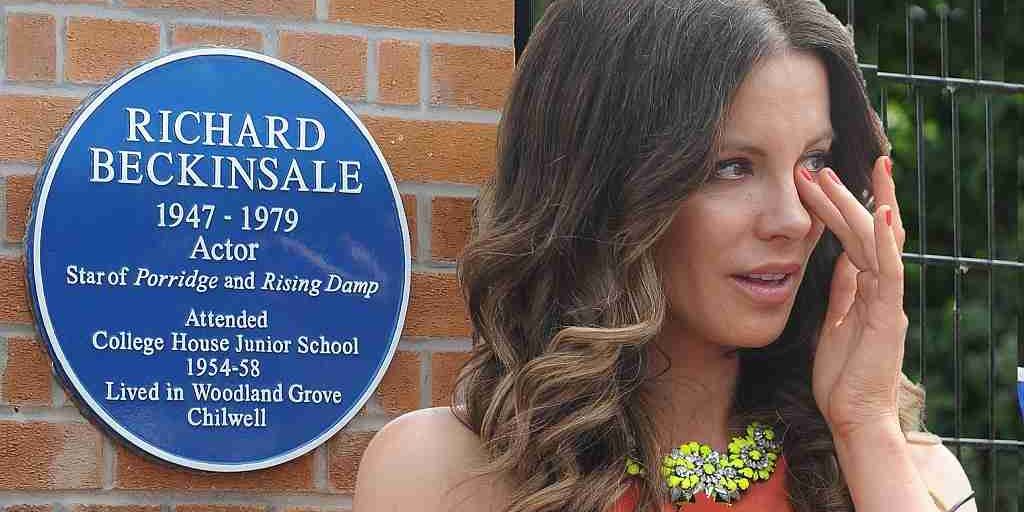 I could feel my shirt cling to my back, a film of sweat adhering it to the cotton. It was a warm, close day, and I’d only made the decision to come to this event at the last moment, necessitating a fast cycle across Beeston to College House School. Here, in the airy halfway, there was some relief, but beyond all I needed a cold drink. And there, on a table,were bottles of Schloer, that non-booze faux-wine, looking like the most quenching thing imaginable. I poured myself a glass of white, then, thirst still not slaked, banged down a glass of red.

I was pondering whether the thing about mixing your drinks applied to zero-alcohol beverages, when a guy in an all-white suit approached. My instant reaction was that he was a waiter – surprising for an event like this. It was fancy, but not that fancy. Schloer-fancy, not say, Chateau Latife-fancy. No, just a man in a white suit, wanting a drink.

“Red, please” he said, in a lustrous thick Welsh accent, so defined one could almost smell the engine of that train that gets you up Snowden. I turned to pour his chosen drink, when my mind caught up and flashed the message across my brain, “THAT’S ONLY MICHAEL BLOODY SHEEN YOU’RE TALKING TO”.

Michael Sheen: extraordinary actor with extraordinary versatility. A man who could inhabit the roles of David Frost, Tony Blair, Brian Clough and Chris Tarrant and look like he was born to play each one. Also, a thoroughly wonderful, kind and thoughtful man who went out his way to help those less fortunate than himself. A man whose father had once been Wales’ Most Successful Jack Nicholson impersonator (honest, Google it, and come back and read the rest of this once you’ve reassembled your blown mind).

Beeston has attracted a fair few stars here over time – the Rolling Stones, in their swaggering 60’s pomp, held a house party here once, and Gandhi popped down the Rylands for lunch once – but it was still incongruous in the extreme to find a Hollywood A-lister in the assembly hall of a local primary school. And the reason he was there can be largely lain at the feet of one visionary Beestonian. Say hello to Dr Peter Robinson,

It was Peter who, well over a decade ago, was inspired enough by the rich history and heritage that Beeston – and the 6 other townships that make up South Broxtowe – to find a way to celebrate and commemorate its most famous former residents. Bringing together four local groups – Beeston & District Civic Society, Beeston & District Local History Society, Stapleford & District Local History Society and Bramcote Conservation Society – he chaired the South Broxtowe Blue Plaque Group, who set themselves the daunting task of identifying what should be immortalised in a circle of blue, then finding ways to fund the construction and erection of the plaques. No mean feat, but Peter Robinson’s organisation skills proved equal to the task, and by August 2010 the first plaque was looking resplendent on the wall of Bartons, marking the legendary bus company’s founder, TH Barton.

Peter’s energy and enthusiasm saw a further 33 plaques put on walls across the area, from subjects as diverse as the boxer-turned-temperance-preacher Bendigo, to Sid Standard, whose dedication to cycling inspired thousands of Beestonians. Not least Sir Paul Smith, who would go on to unveil his mentor’s plaque.

Historic buildings also get a look in – as do monuments and events. Perhaps the most tragic memorial is the one to the Chilwell Explosion of 1918: after a century throughout which its details were hushed up, an appropriate commemoration.

A few years after all the plaques were in place, a final one marking Gandhi’s visit to Beeston was put on the house he visited in the 1930s*.

So what was I doing talking to the not-very-Beeston Michael Sheen, an actor who, while chameleon-like in character, is rooted with his Welshness?

Well, he was once the partner of Kate Beckinsale (they have a daughter together). Kate’s dad is, of course, Richard Beckinsale, the handsome comedy sitcom star who was at the top of his game in 1979 when a sudden, massive heart attack killed him. He was just 31. The event was the unveiling of the plaque dedicated to Beckinsale Senior, and as I looked around the room there was Beckinsale Junior, sporting a red dress and those huge sunglasses that mark out a celebrity. Taking in this weirdness, I found myself standing next to David Walliams, who I chatted to for a few minutes in a manner that suggested I meet a trio of internationally renowned stars every day of the week as I go about my business in Beeston. I’ve had less weird cheese-dreams.

This was by far the strangest of the unveilings, but they were all memorable. Usually, a busy Dr Peter Robinson would be buzzing around with the energy of a man half his age, making sure everything was perfect beforehand, and guests – a wide and eclectic bunch from local dignitaries to the former Head of English Heritage (Neil Cossons: originally from Beeston, appropriately enough). Much Schloer was slurped.

When I met him to discuss this article, Peter was insistent that he was merely part of a much bigger team, his drive and ability to galvanise ideas into reality ensured we have a town where the streets speak with pride of those who make it great. There is no plaque to Peter Robinson (yet), but few have given Beeston such a wonderful gift that will continue to inspire Beestonians long after we’ve all gone, and Michael Sheen’s white suit is nothing more than a half-remembered anecdote told by my (possible) grandchildren.

*A fascinatingly weird footnote. The Gandhi plaque came about when the new owners (the Humes) of the house he visited agreed to fund and host it. The ‘Father of India’ had visited his nephew, JV Joshi, who was lodging there while studying at the University. Before moving in and discovering the historic nature of their house , the Humes had a baby boy who they named…Joshi!