The Last 10 Years – Pubs and Restaurants 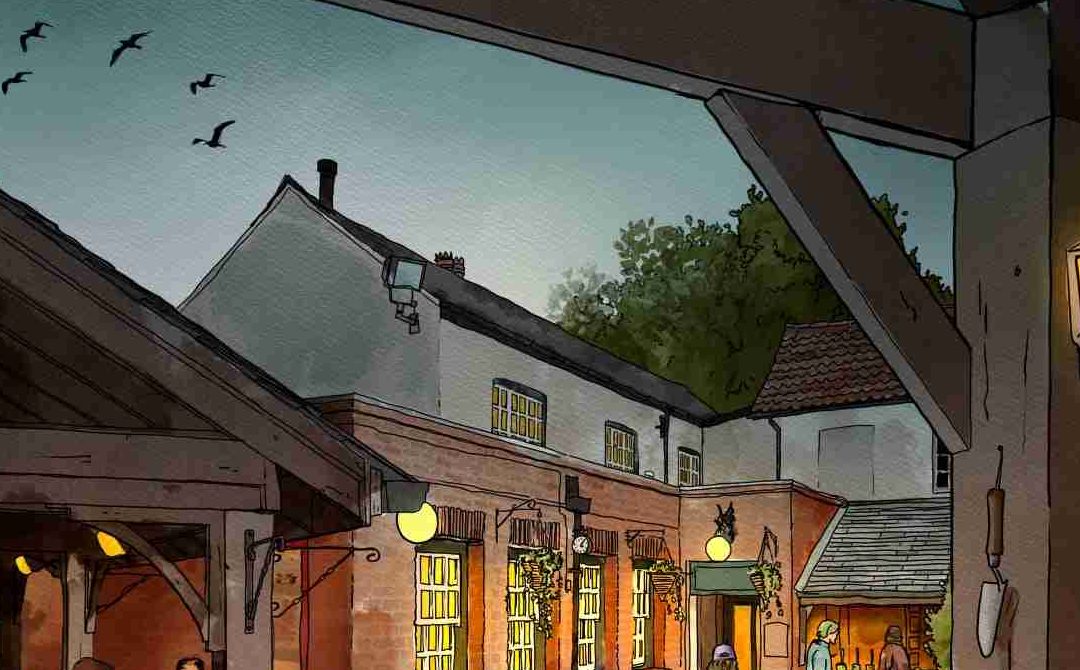 *cover image a section from an illustration of The Crown Pub by Dan Cullen.

Since the financial crash and subsequent fallout of the late noughties, Britain’s high streets have taken a battering. As well as thousands of independent retailers, chain stores behemoths such as Marks and Spencers, John Lewis, House of Fraser and Debenhams have shut hundreds of stores between them.

Shopping now is very different to what it was 10 years ago. The relentless rise of online retail, egged on during the lockdowns, shows no sign of slowing down. The big supermarkets seem to be taking an increasingly bigger share of spend every passing year. It was invevitable that the landscape of town and city centres would change.

Beeston was not immune to this, but what it has done is evolve, riding the wave of change. Whilst there are still plenty of retailers holding firm, many of them have gone. Unlike many towns and cities, units don’t stay empty for very long here. What is filling the gaps are businesses with offerings that can’t be bought online – especially beauty treatments, and food and drink.

In particular, Beeston has become a destination for a night out, rather than somewhere just for locals. In the last ten years we’ve seen a huge increase in the number of amazing restaurants offering cuisine from all over the world. Fancy a Chinese? There’s plenty of them to choose from. Indian? Lots of them too. Korean, Japanese, Turkish, Italian, Greek, Thai and others are all brilliantly represented too.

The cinema has become a catalyst for further growth, directly and indirectly. The currently vacant new units underneath it should soon be filled with exciting new eateries and bars. Other recent newcomers to the town such as Pudding Pantry and Doughnotts cited the cinema as being part of the reason why they chose to open up here.

And what about the pubs? Like everywhere in the country, many pubs in the area are now no longer with us. The Three Horseshoes, The Beech Tree, The Royal Oak, The Queens, The Durham Ox, and The Double Top to name a few. Whilst they are mourned, several new ones have sprung up, bucking the national trend. The Pottle, Totally Tapped, Ginious and The Bird Hide have all thrived, making very welcome additions to the already excellent watering holes in the town.

The Crown has gone from strength to strength. The Victoria has maintained a consistently high quality. It’s difficult to remember what The Star and Chequers were like before they were reinvigorated. The Commercial and The Malt Shovel are heading in the same direction. Along with all the many other pubs and bars, there is something for everyone.

Whilst the business case for shoe shops remains out of the question, the types of businesses that are succeeding in Beeston are providing employment, paying business rates and other taxes, and occupying what would otherwise be ugly empty units.

Who knows what Beeston will look like in ten years time? I think there’s definitely demand for more pubs, bars and restaurants. It would be great to see the White Lion finally fulfill its potential for one. Definitely something to raise a glass to! 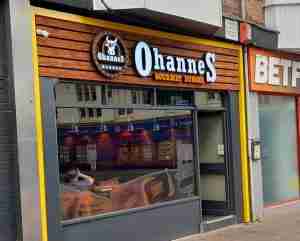 One of the new additions to Beeston, Ohannes, is a superb place to get a quality burger by all accounts. The thing is, no one seems to be able to agree how to pronounce it.

Does it rhyme with ‘oh fans’? Or ‘oh Janice’? I asked my 10 year old, who looked at it for a bit, then smiled triumphantly before confirming that it will know be known as ‘oh anus’.