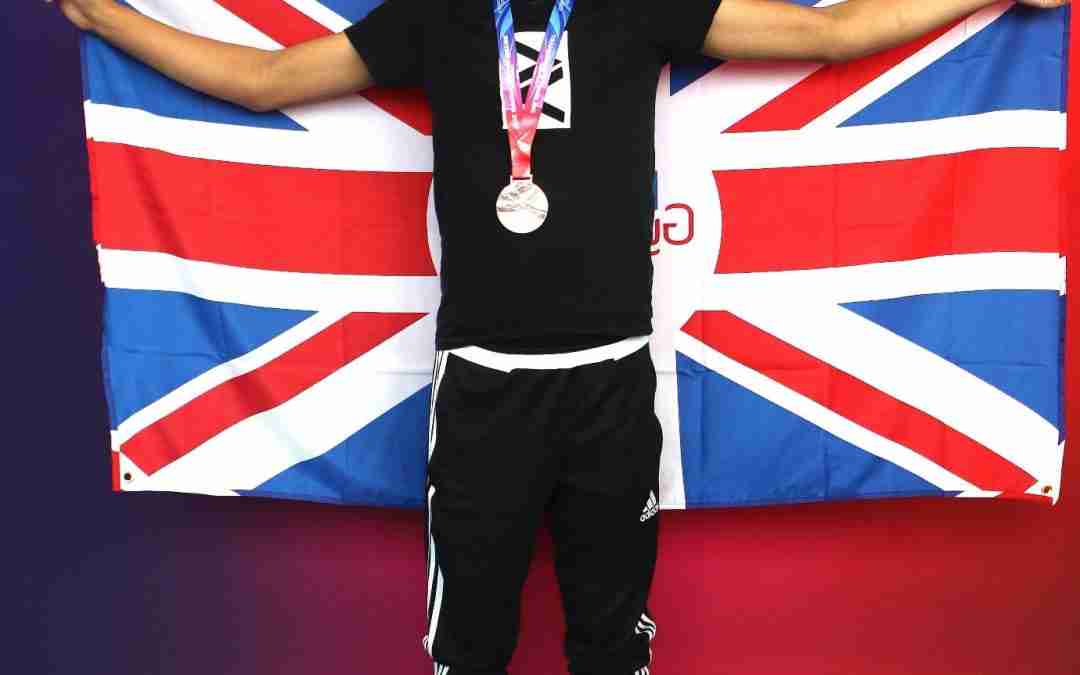 Meet the Beeston gymnast hoping for success at the World Championships

Training for a World Championship event and being home schooled, Izaiah Aduhene is not your average 13-year-old.

Izaiah is a tumbler; a form of gymnastics performed without props or equipment, it involves somersaults and flips, whilst trying to maintain your balance.

His father, Anthony Aduhene recently set up a Just Giving campaign to try and raise £2000 for him and his family to go to the World Championships in Sofia. The money raised will be used for travel and hotel expenses, as well as the cost of Izaiah’s kit.

They also need the money to buy their own food and water, as they can’t risk eating or drinking contaminated food before a competition.

I spoke with him in October to find out more about him and his campaign.

How did you get involved in gymnastics?

“I’ve been a gymnast for about five years now. When I was younger, I used to bounce on the trampoline my grandad gave me, and I was doing backflips off my bed as well.”

“I used to watch videos of Damian Walters, a free runner, parkour, gymnast and stuntman on YouTube to try and learn how to do backflips. When I was eight, I used to go to a trampolining class, and then I met Damian who asked me if I wanted to come with him to the gym and that is when I started tumbling. Since then he has become my coach.”

What is it that you like so much about tumbling?

“What I really like about it, is that I always get a chance to learn new things. I just enjoy doing it, so hopefully I can go to the World Championships and do well.”

Izaiah in action in the Loule Cup.

What previous events have you taken part in?

“Two or three weeks ago I was in Loule, for the Loule Cup. We raised money through a Go Fund me campaign.”

“I’ve also taken part in the British Championships at the Echo arena in Liverpool, earlier this year as that is what qualifies you for the World Championships.”

There’s no age limit, but I’m in the Juniors, which is for under 14’s, then there is the seniors which is from those aged 17 upwards.”

Izaiah in action at the British championships.

What preparation do you do in the run up to an event?

“I train four and sometimes five times a week at the Derby City Gymnastics centre. I do tumble events, and I’m also doing a tag team show. I don’t really have a diet or anything!”

Tell me what your previous results have been and how they have improved since you started competing?

“Last year I came second to bottom, of the spring event which is the qualifiers for the British Championships, I fell over a lot of times. There were 23 people and I came 22nd. In the second event I finished 15th out of 16th as well.”

“This year I have started to come third and then second in the Loule Cup, so I have made a lot of progress. I also got two bronze medals at the Spring events at the British Championships.”

Who are your inspirations when it comes to gymnastics?

“Damian is my inspiration, I also look up to people like Greg Townley and Kristof Willerton, but Damian is the main reason for why I started.”

Tell me about your Just Giving campaign and what you’re trying to raise money for?

“It’s for my upcoming event the World Championships in Sofia, on the 13th November. We’re trying to raise funds as it is quite expensive for me and my family to travel, with the money needed for the flights, the hotel and the entry fee, so we’re just trying to raise some money through go fund me. We are also doing a competition in my gym; the entry fee is £10 to raise money for me going to the World Championships.”

What are your future plans?

“I want to go stunting, because that’s what Damian does, and it looks cool. Tumbling isn’t in the Olympics but if it does become an Olympic sport, I would love to compete in it. I would also like to be a coach one day when I get my coaching badges.”