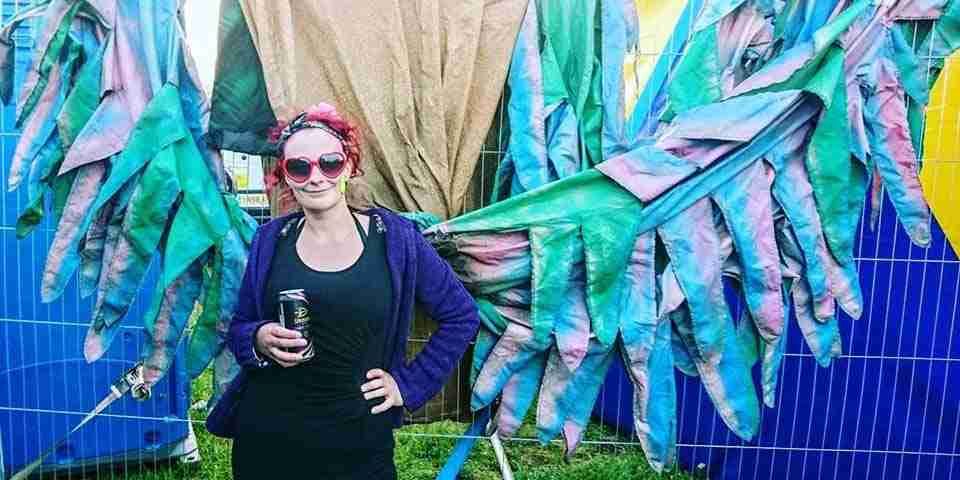 Corona blah-blah virus continues to strike, quickly destroying 2020 like the alcoholic drink with twice the strength, and all of the hangover.

In fact, if 2020 was a drink it wouldn’t actually be the fortified wine of the Mad Dog variety, it would, in fact, be warm cheap tequila reminiscent of supermarket hand sanitizer. I was horrified to learn the American company have actually brought out a special limited edition Gold flavour to celebrate its year and namesake, I don’t think sales are going well…

Well, I can assure you this tale does actually have a happy ending, (it’s 2020 I take what I can ) as I indeed went to a festival this year, continuing my 16-year reign of at least once a year retreating to a tent after sampling an array of music. This one wasn’t even on my original plan for this year but as most know by now, even the best-laid plans…

The future of festivals and large scale events is still undecided, for me the feeling of chatting to strangers and sat in a field with a drink in hand, live music and sun on my face, is still my happy place; my mental health has been hit hard by the continual negativity and hardships this year has inflicted. People talk about the new normal, I quite liked the old one, and I struggle to get to grips with zoom meetings, face-mask rules, new etiquette regarding hugging, elbows? And pay by app? Pay at the bar? Don’t stand at the bar, masks on for the loo, one-way system, no way system, no cash? Only cash? Track and trace forms, hand sanitiser, but not no-touch dispensers, the possibilities have been endless, I long for the old way this new world is hard and confusing.

While I was endlessly scrolling Social Media I saw a socially distanced and legal Responsible reboot festival to be held on 8th August, hosted by Barking Mad festivals and held at the Vic Inn bikers club. A limited number of 60 tickets were sold at £10 and camping an extra £10 each, I would have probably have given them a kidney to actually get a chance to go, £20 quid seemed very cheap, we brought the tickets online and waited hoping it wasn’t cancelled or postponed.

On the day we rocked up nice and early, I pitched up the tent on the grassy bit of the car park at the back as instructed and found the guy on the door, quite ingeniously they decided to give away a safe pack with every ticket, no close contact hand stamps or wristbands, no they decided to stamp the name of the festival on face-masks which had to be worn when going into the pub, which was marked out with one-way directions and Perspex behind the bar, so far so good, also was a handy bottle of hand sanitiser with the festival name on a sticker attached to the front, earplugs and a few sweets and freebie badges, these packs had been vac sealed as well, very thoughtful and practical!

“I am all for a good time but not when so much is at risk.”

The music was to be on the outdoor stage, people had tables to sit at, with limiting tickets and strictly no walk-ins, the event was to be all in line with all the latest advice. Starting early afternoon The Jellyfish Are Calling hit the stage and immediately I got shivers, they could have been the worst band in the world but I was happy, I had waited all year for this.

The line up was a mix of punk with Noose, rock and roll with The Blue Carpet Band and a sprinkling of ska with Kid Klumsy. It was all going so well until high energy rap metal and rock and roll band Dog Rotten, a mixture of alcohol, lowered inhibitions and good music led to a surge at the front of the band and a mosh pit was formed. Myself and a friend looked on in horror – it was all way too much. Drinks were being thrown and even the local photographer and reviewer dived in!

Don’t in any way get me wrong, this time last year we probably would have been straight in too, but it was all too intense and worrying. My friend headed to find the promoter – no sign. Leaving no option but to go to the pub landlord who immediately got the p/a Mr BadAxe to announce about social distancing and the one-way system which was being pretty much ignored at this point, the band finished their set and immediately the tension went away, the crowd of moshers too drunk to care, headed off to call it a night, leaving the rest of us to relax and enjoy the evening safe in the knowledge we had done all we can to not get the place shut down. I am all for a good time but not when so much is at risk.

Verdict- I loved the music however it is too early, I could immediately see why festivals and big events haven’t got the go-ahead, after a few drinks all the health and safety went out the window, till next year it is!!