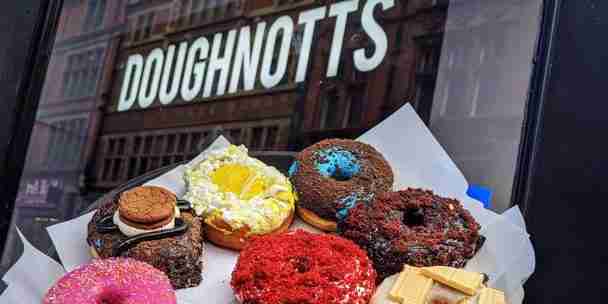 Beeston is about to get “proper freshly baked doughnuts”
Welcome Doughnotts!

Yet another new, fun and entrepreneurial business is moving into Beeston this October in the old Thorntons shop!

In our printed edition we told you that Doughnotts would be moving in under The Arc cinema, it is all change! As the Doughnotts team have updated their plans… “Due to ongoing setbacks, rising costs of materials and availability of tradesman etc we have made the hard decision to look for a smaller store in Beeston. Thankfully we’ve been pretty lucky that the Thorntons on the high street became available and after negations we’re pleased to say we’ve got the keys and work has begun behind the scenes on our counter, neons etc for a planned Halloween opening! “

We’re thrilled to be welcoming Doughnotts into our thriving and growing town and even have a competition launching on our website (www.beestonian.com) around the time they open their doors so do keep an eye out online.

When asked why Beeston was the newest location to serve their oh so tasty Doughnuts doughnuts, one of the founders Wade Smith (29) waxed lyrical about Beeston being “… a vibrant and up-and-coming town – with such a friendly community atmosphere”. 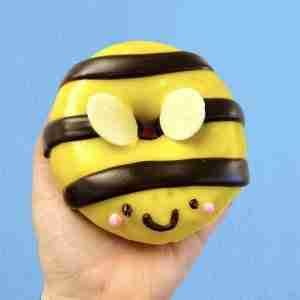 You may know that Doughnotts are no strangers to Beeston, as they’ve been providing freshly baked delicious goods to our community on their pitch at the Farmers Market for a while now.

“We’ve had a stall at the farmers’ market there for a couple of years and the welcome we’ve had has been amazing. There’s been nothing but positivity from the people of the town and when we found out this development was happening we knew it was somewhere we wanted to be.”

This will be Doughnotts’ fourth location and their new flagship store. They also cater for many types of events and offer a delivery service in England, Scotland and Wales with the intent to be offering the same service in Europe come Christmas this year and soon after, next day delivery to New York!!! 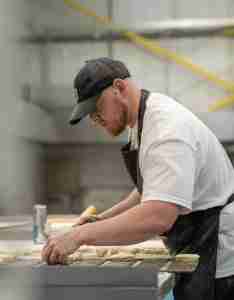 Doughnotts are a company that have been ambitious since they started back in 2015. When the business began in Clifton, with locals Megan and Wade who decided to start making and selling doughnuts with just £10, a wok and a mother’s kitchen in order to pay for a holiday. Talk about a success story!

A few months later they had their own micro-bakery, stocking cafes and bars around Nottingham and attending food fairs which led to them opening their very first shop in Nottingham in 2016. Fast forward to 2021 and with the help of a growing team of dedicated and hardworking staff, DoughNotts is soon to have 4 stores and a multitude of wholesalers spanning the Midlands.

What can Beeston residents expect?

This new central Beeston location will be bringing the same friendly atmosphere, with seating inside and out and will be equipped with sockets etc. So if you fancy working away from the home office for a break or just grabbing a treat on the go, with the longer opening hours of 8am – 8pm planned, they’ve got you covered! 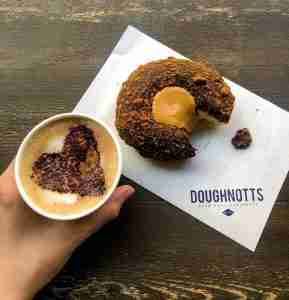 The magic of making the doughnuts, testing and experimenting with flavours and fresh baking happens in their 5000-foot bakery in NG2. This is where on a day-to-day basis, they make between 2000 to 3000 doughnuts, on average. This large number is distributed between fulfilling the needs that the shops sell, wholesale suppliers, deliveries, events and weddings. They really have it all going on.

We’re really looking forward to welcoming them to Beeston. How excited are you? Have you tasted a Doughnotts doughnut before?

Doughnotts is looking for Store managers, key holders, baristas and team members for the new store, full time and part time positions available. If you’re interested, please send a cover letter and CV to jobs@doughnottsofficial.com and don’t forget to make it fun!